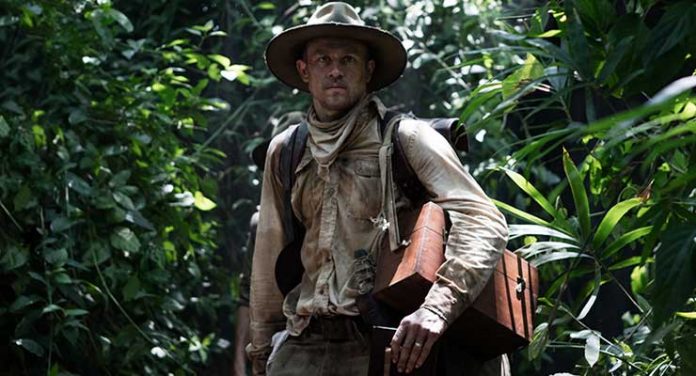 The Lost City of Z from director James Gray (The Immigrant, We Own the Night) is based on the non-fiction novel by David Grann, which charts the exploits of early twentieth century British explorer Col. Percival Fawcett (played here masterfully by Charlie Hunnam, Sons of Anarchy) who disappeared in the Amazon on an expedition in the 1920s. During a geological survey expedition for the Royal Geographic Society in 1906 into the Amazon jungles, Fawcett became convinced that he had found evidence of an ancient and advanced civilization and a great city, one he dubbed “Z” that could hold the key to proving the native population were far more than the savages the Europeans had decided them to be. Fawcett and his team would venture into the jungle several more times over the course of the next couple of decades before he would finally vanish on his last fateful expedition.

Gray’s film is brilliant in capturing the sense of adventure in the Amazon as Fawcett and his fateful partners including Henry Costin (played by a nearly unrecognizable Robert Pattinson) make their way through the jungle as yet seen by the eyes of Europeans. The exquisite use of Ravel’s Daphnis et Chloé only serves heighten this sense of wonderment and the cinematography achieved by Darius Khondji is truly breathtaking. The wide camera angles and de-saturated look serve to both place us in the wild giving us a sense of the danger and excitement, while also giving the film a feel of a 1930s or ‘40s Hollywood epic.

That said, The Lost City of Z fails to sustain this. The screenplay from Gray and the editing choices leave us frustrated. The film is constantly throwing us back into Fawcett’s life in England and his cliché battles with the British upper crust over the validity of his claims about native civilization in Amazonia, while also pandering to modern sensibilities over gender equality at the same time. Fawcett gets into an argument with his wife (Sienna Miller) over her role as a woman to raise the children when she says she wants to go with him on one of his expeditions. The scene feels like an out-of-place attempt at setting Fawcett up as the “good guy savior” who is still flawed.

These constant interruptions, even including a journey into the battlefields of World War I, ironically leave us with little insight into the man other than he is obsessed with finding “Z” perhaps simply for the glory of it.

There could have been so much more done with The Lost City of Z, but in the end it is a beautiful film with very fine acting and a good story longing to be told, but one that needs a little more work. 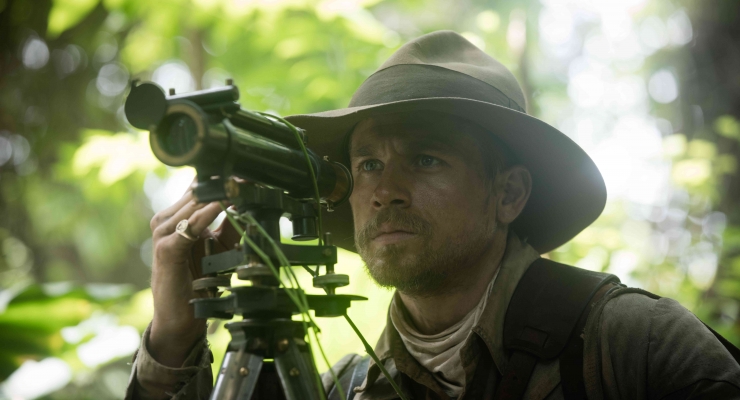 The Lost City of Z seems a prime source to be released on 4K Ultra HD given it was shot on 35mm Kodak Vision3 50D 5203, Vision3 200T 5213, and Vision3 500T 5219 low-, medium-, and high-speed film stocks and utilized a 4K DI in the post-processing stage. Although the color palette is rather de-saturated and dull, even when the film is in the lush rainforests of South America, there are ample moments for the added benefits of HDR and WCG (Wide Color Gamut) to help this film pop. Instead, we get a somewhat flat looking AVC 1080p encodement framed at 2.39:1 with black levels that aren’t quite inky and shadows that still manage to get a bit murky and lose some detail.

The DTS-HD Master Audio 5.1 soundtrack is a solid mix that is atmospheric, well-balanced and shows its strengths most during the expedition sequences such as when the explorers are battling the rapids or surrounded by hostile natives chanting from the forest. Discrete sounds are mixed through the surround channels, low-end is deep, though not earth shattering, and dialogue sounds natural.

This release includes an underwhelming selection of special features that at least do includes interview snippets with the author of the novel the film is based on and the obligatory director commentary.

What had the making of a classic turns out to be a visually stunning film with solid performances that is just a lackluster docudrama. The Lost City of Z is too unfocused in its story to be wholly satisfying. The Blu-ray Disc offers a fine presentation of the video and audio elements.