The Night Of (TheaterByte Blu-ray Review) 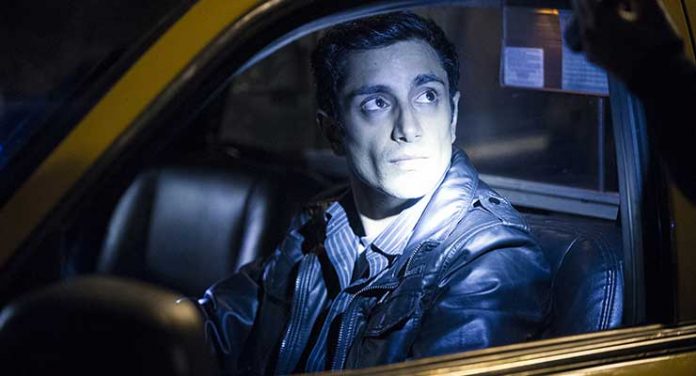 The Night Of is HBO’s latest limited series based on the British anthology series Criminal Justice, in which each five-episode series traced an individual through the criminal justice system. The nine episode series The Night Of is generally in line with the first series from Criminal Justice, following a man who after a night of drinking and wild sex with a woman he just met finds himself accused of sexual assault and murder.

Pakistani American college student Nasir ‘Naz’ Khan (Riz Ahmed) borrows his father’s yellow cab without permission to go to a party in Manhattan (Naz and his working class family live in the outer borough of Queens), but gets lost. When beautiful Andrea Cornish (Sofia Black-D’Elia) gets into the back of his car thinking he is picking up passengers, rather than kicking her out, as he had done earlier to a couple of guys, Naz, enraptured by her beauty, decides to drive her to where she wants to go. He finally confesses that he isn’t really a cab driver and that the car is father’s. The two embark on a night on the town that involves a romantic kiss by the river, and drinking and drug-fueled sex back at Andrea’s ritzy brownstone. When Naz wakes in the morning he finds her dead in her bed, apparently stabbed to death with a knife they’d been foolishly playing sex games with when he stabbed her straight through her hand. In a panic, he flees her house, but is picked up by a couple of cops for making an illegal left turn. They get a call about a break-in back at Andrea’s place and take him with them back to her place. Back at the precinct, still not knowing Naz was there at Andreas’ the police are about to let him go, but a search reveals the knife he’s been hiding in his pocket which leads to his arrest and an immediate rush t judgment.

John Turturro — in a role originally meant for the late James Gandolfini before Robert De Niro had to eventually pass due to scheduling conflicts — stars as precinct trawling defense attorney John Stone who takes the case, really looking for a quick, big money payout simply to work a plea deal. The series also stars Michael Kenneth Williams as Rikers Island kingpin Freddy Knight who takes Naz under his protection in prison as he awaits trial. Amara Karan stars as attorney Chandra Kapoor from a large law firm who will eventually take over Naz’s case from John Stone.

The series focuses in on many aspects of not just the broken criminal justice system in the United States, but the many aspects of socio-political structures that lead to the broken system to begin with. It’s a frank look at prejudices, Isalamophobia, and disparities in wealth and power. Naz is targeted not just by the powerful and élite, but, by the prisoners who themselves have very little power, because of his perceived inconceivable crime against a woman, and his religion. The Night Of also shows us the broad arc of writ large how society can turn a good child bad because of prejudices or preconceptions.

The series is not without some serious flaws, however. Most of them lie with the way things turn out regarding Amara Karan’s character, her choices, and what happens to her. It seems to me, in such a series as this, it is inconceivable that they take this highly educated, minority, female character, and have her make such blatantly ruinous decisions, all in what appears to allow for, ultimately, to have the white male, John Turturro in this case, turn out to seem like the savior. The series also ends with the trial of Naz and the final episode is the jury’s verdict. I was unimpressed with the way they handled this, and that is putting it mildly. I don’t want to give anything away, so that’s all I will say. 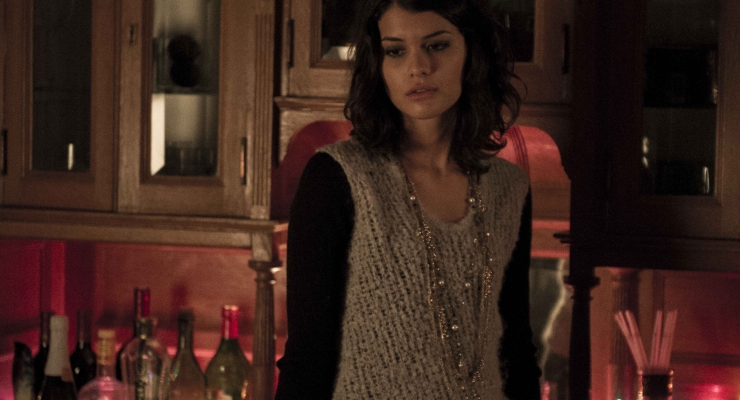 The Night Of gets a stunning AVC 1080p encodement on Blu-ray from HBO. The desaturated, shadowy image is variably gritty and inky/sparkly as it lights up with the Manhattan streets at night. Contrast is superb as is the amount of detail in the darker scenes.

The Night Of comes with an atmospheric and wonderfully balanced English DTS-HD Master Audio 5.1 soundtrack on Blu-ray. Little sounds are placed around the room, but nothing is overwhelming or obtrusive and there are natural dynamics with clean dialogue. The track really shows its strengths in the prison scenes, but it is always placing us in the center of an active New York City world. This would make a prime candidate for an Atmos or DTS:X mix.

HBO gives us absolutely nothing with this release beyond including UltraViolet and iTunes Digital Copies. No interviews, no behind-the-scenes, no interviews, not even DVD copies of the series.

You will be mesmerized by this series if you appreciate crime dramas that are thoughtful visceral, and intelligent. This one attacks on multiple levels and it will linger with you long after the credits have rolled. Even with the somewhat messy final episode, The Night Of is knockout television. I hope to see more of this, and maybe an even better second series, unlike the disappointing second season of True Detective.