The Others (TheaterByte Blu-ray Review) 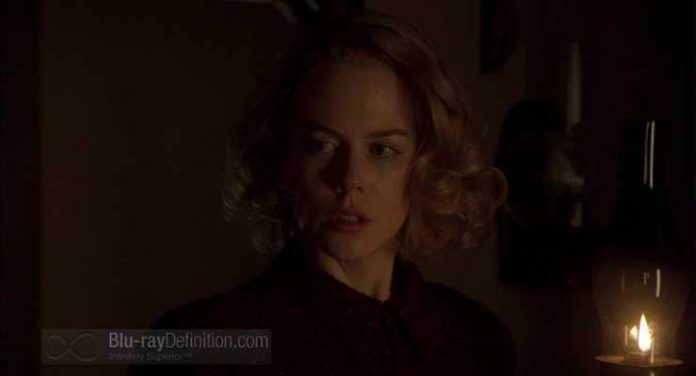 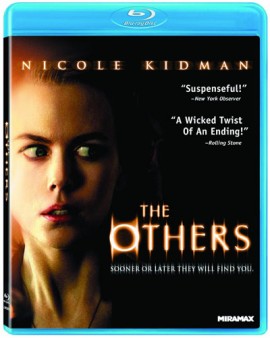 I want to love writer/director Alejandro Amenábar’s 2001 film The Others for its pure sense of atmosphere and thrills with a splendidly elegant performance from Nicole Kidman (Rabbit Hole; Moulin Rouge!), but I cannot get past the fact that his work is lifted from the 1961 British classic The Innocents, and not even credited. The Innocents was based on the play of the same name by William Archibald, which itself was based on the Henry James novella The Turn of the Screw, and had a screenplay by Archibald and legendary author Truman Capote. When I think of The Others, I can’t help but paraphrase the lyrics of a Neil Diamond song, “except for the names and a few other changes…the story’s the same one.”

A woman in an isolated English manner house takes care of two young children, a

boy and a girl, and soon finds that the old house may be haunted by ghosts tormenting the children, and roaming at free throughout the house. Or perhaps it is just the work of a mischievous child. Exploration of the empty house must be undertaken to determine if there is an intruder, a ghost, or something more sinister going on.

Which film am I referring to? It could be either one, that’s how much indebted The Others is to The Innocents. It’s just a shame that Amenábar could not see fit to give credit to William Archibald, Henry James, or Truman Capote. There is no way, given the similarities, that one could have created this film without foreknowledge of the previous work.

With that being said, The Others is not without merit. It is marvelously atmospheric and Gothic, like a true golden aged Hollywood horror classic and it does add in an unexpected twist that the original doesn’t share.

There is a lot of crush in darker areas, but it is not something that bothers in this shadowy and atmospheric film. More bothersome is a tendency towards softness and instances of dust and scratches that appear with more frequency than one would like. Still, The Others looks nicely film-like with no evidence of noise or compression issues.

at all. Despite that, during moments when it is needed, the mix widens with discrete panning of sound effects to capture the eerie atmosphere of the house. Still, the mix comes across as lacking a bit of cohesion due to the vast periods of deathly silence in most of the channels. Otherwise, there are good dynamics with clean dialogue.

The supplements are all standard definition port-overs. Nothing new in high-definition has been added for this Blu-ray release.

Despite being for all intents and purposes an uncredited remake of The Innocents, The Others is still an enjoyable horror/thriller that looks rather decent in this Blu-ray iteration from Miramax/Lionsgate.