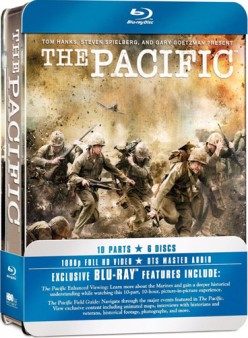 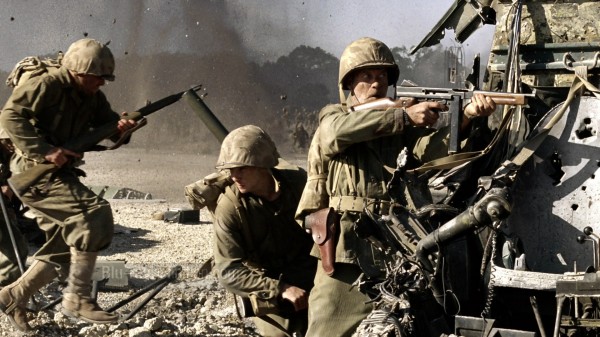 Based on the books Helmet for My Pillow by Robert Leckie and With the Old Breed by Eugene B. Sledge, with additional material from Red Blood, Black Sand by Chuck Tatum and China Marine by Eugene B. Sledge, the 10-part HBO miniseries The Pacific acts as a sort of counterpart to HBO’s previous World War II drama Band of Brothers. Executive produced by the same superstar team of Tom Hanks, Steven Spielberg and Gary Goetzman, the series shifts from Band of Brothers‘ focus on World War II’s European front to the Pacific theatre of war.

The story, a docudrama, follows the lives of three actual Marines during World War II as they serve in the Pacific theatre of war, John Basilone (Jon Seda), Robert Leckie (James Badge Dale) and Eugene Sledge (Joseph Mazzello). It not only shows their trials from their first harrowing battle with the Japanese on Guadalcanal, their tribulations through the forests of Cape Gloucester and Pelelieu and the bloody battles of Iwo Jima, but The Pacific goes beyond the haze of war and explores the men’s lives back at home and the interaction of the soldiers with each other and other Marines.

The series is breathtaking to watch and to listen to with spectacular, cinematic special effects, pulse-pounding sound, and gritty, grimy, realistic depictions of the misery of action in the Pacific. 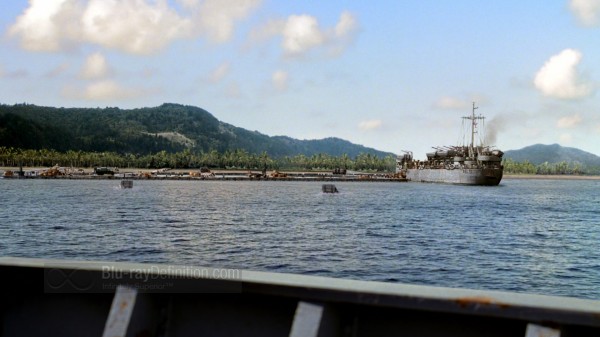 The Pacific’s 1080p/24 AVC/MPEG-4 encoding is wonderfully textured and detailed with deep black, extended shadow details and no sign of compression artifacts during those quick paced battle scenes. There are differing color palettes, from richly saturated interiors of “back home” and brightly lit sunny exteriors of the Pacific, to more de-saturated, grittier looking scenes of war. Thus, flesh tones vary just a tad, but for the most part look natural. 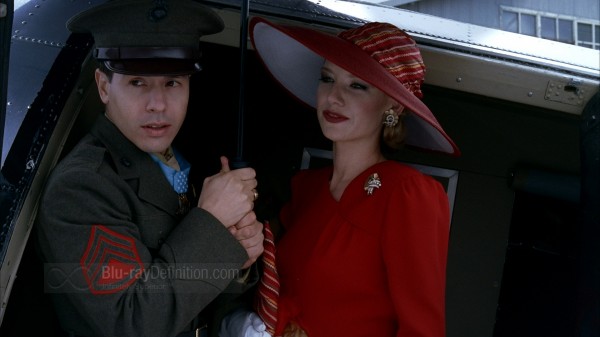 The Pacific comes with a stellar DTS-HD Master Audio 5.1 soundtrack that offers a reference home theatre experience. From the quietest atmospherics to the booming sounds of war that place you right in the middle of the battlefield, this mix does not disappoint. Dialogue is clean, the balance is superb, and sound effects and mixing are more cinematic than something you’d expect from a television series. Low frequencies are extended way down, giving your subwoofer ample opportunity to show off its prowess as well. 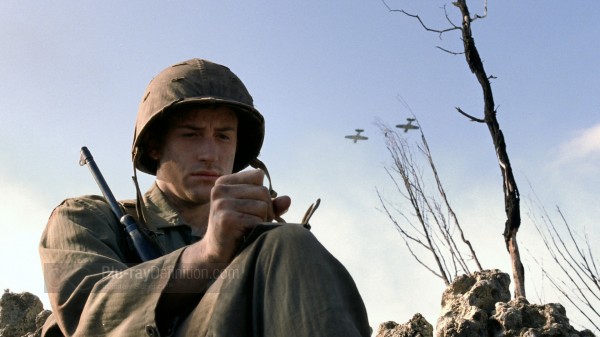 When The Pacific aired on HBO, each episode was preceded with a brief prologue of war veterans offering their reminiscences of the battles in Pacific, etc. This Blu-ray release takes that to a whole new level. The prologues are removed from each episode, but are replaced with an Enhanced Viewing mode and a standalone Field Guide that offers access to those segments and more plus an additional disc with just bonus features. 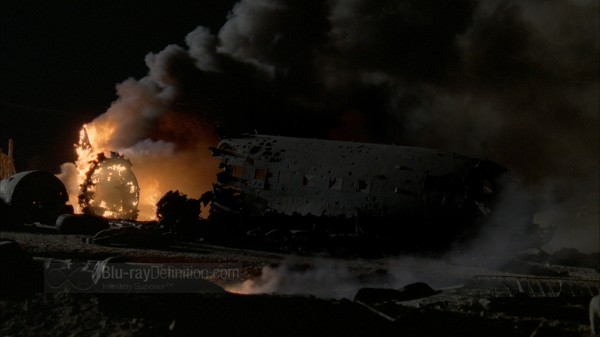 The Pacific is absolutely superb. This is how a miniseries should be done. HBO pulls out all the stops for this compelling 10-part look at an often-overlooked part of World War II. The Blu-ray release is pure reference quality, with strong picture and sound and a brilliant Enhanced Viewing mode. Highly recommended. 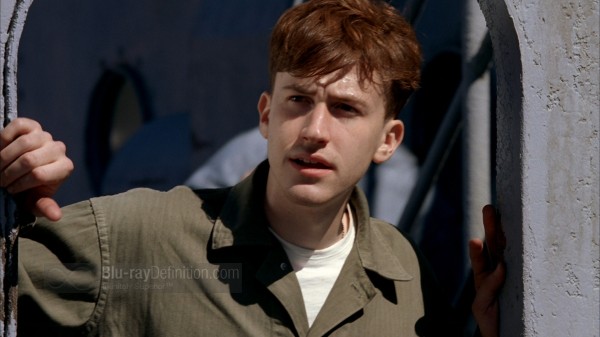 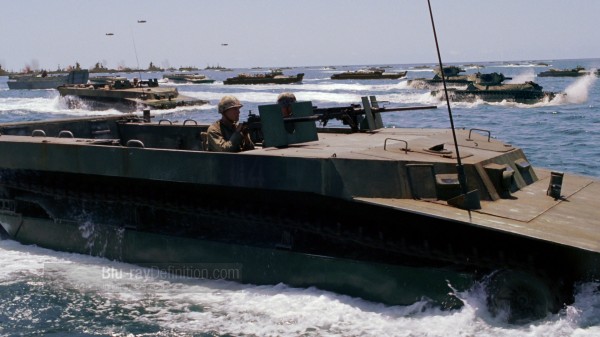 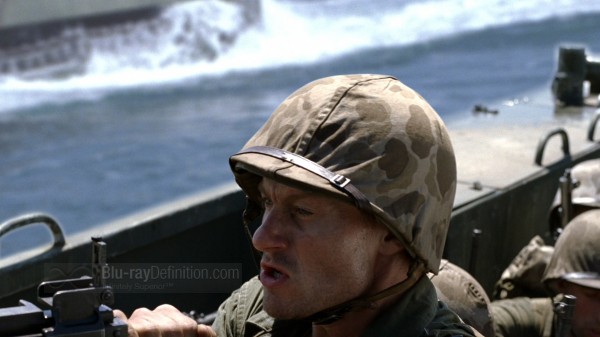 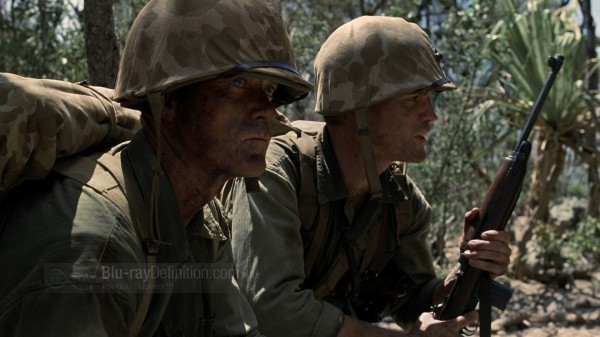