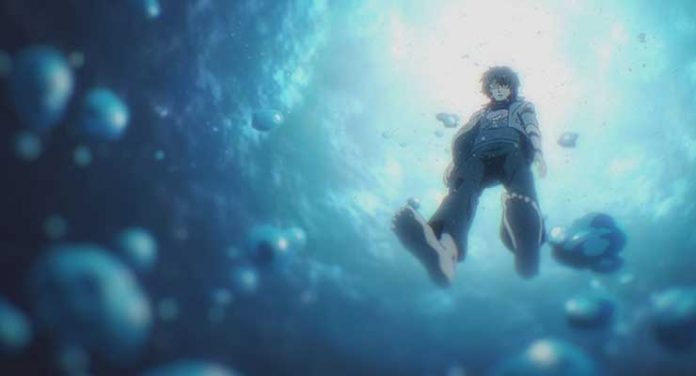 The Perfect Insider is based on a Japanese mystery novel by Mori Hiroshi that has been adapted into several platforms including a visual novel and live action television drama. This anime series was produced by A-1 and directed by Kanbe Mamoru (Cardcaptor Sakura). The series has a decidedly serious tone from start to finish, which it never really breaks out of, but it fits the main plotline.

Associate professor of architecture Saikawa Sohei and his young student, the mathematics prodigy Nishinosono Moe, go on vacation to an island where a genius programmer Magata Shiki, one of Sohei’s idols, has been living in isolation in her lab for years after having killed her parents but being found not guilty of the crime. When the two arrive, they find Magata has been murdered inside the sealed lab. The mystery must be solved, and the two decide to solve it before the police can arrive back on the next boat to the island. But they could be putting themselves and their accompanying friends in danger. Complicating matters is Nishinosono’s unspoken feelings for Saikawa, the older man that looked out for her when her parents died years ago.

I found The Perfect Insider to be an intriguing series that was well paced and visually engaging. The characters in both their visual designs and emotional depth hook you into this slow-burning, sci-fi mystery of dead scientists, lurking robotic butlers, and parricide. The mystery builds and becomes ever more complex and layered as the episodes move on – how did Magata die? Who killed her? How did they get in? How did they leave without being seen? The series also offers interesting backstory in the form of flashbacks through Magata and Nishinosono’s life that at times parallel in an eerie fashion.

The biggest weakness in this series is the ending. The final two episodes that finally answer the mystery, to me, felt more puzzling than they needed to be, or maybe even like a cop-out. That said, the journey was inspiring and it was one of the most enjoyable series I’ve watched in a while. 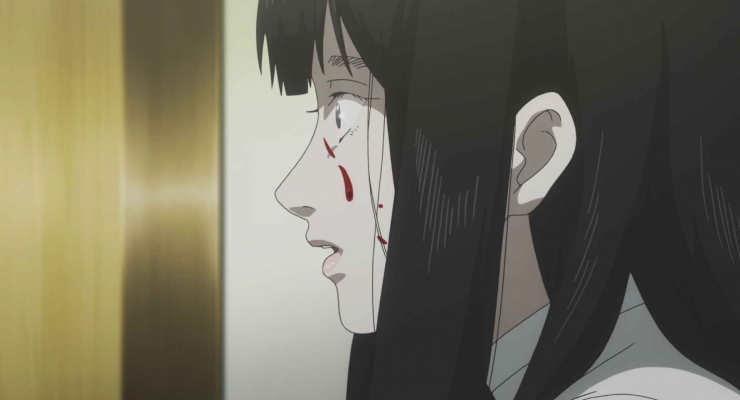 The Perfect Insider looks nearly flawless in this 1.78:1 framed AVC 1080p encodement to Blu-ray of its digital animation. Mostly there is hardly any color banding, the animation is crisp and motion looks smooth. That said, video noise does become an issue in some of the darker areas. One scene where it can really be noticed is in episode 8 around the 15-minute mark or so when the lights go out and Saikawa and Nishinosono are conversing in the dark. The noise level is very noticeable and distracting. This sort of thing crops up only intermittently throughout the series, but it is enough to force me to bring the rating down a couple ticks.

The Perfect Insider is supplied with only the original Japanese-language stereo mix in DTS-HD Master Audio 2.0. The voice cast does a fantastic job conveying the tension and the sound is excellent given it is only two channels. The music and sound effects are eerie and spread well across the stereo field with strong dynamic range.

Only the clean opening and closing plus additional Sentai Filmworks trailers are included.

The Perfect Insider is a slow-burning mystery that will keep you guessing right to the end. Its tone is bleak and reserved, but it fits the plotline and the realism of the animation.