The Princess and the Frog Blu-ray Review 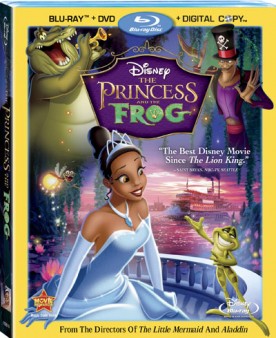 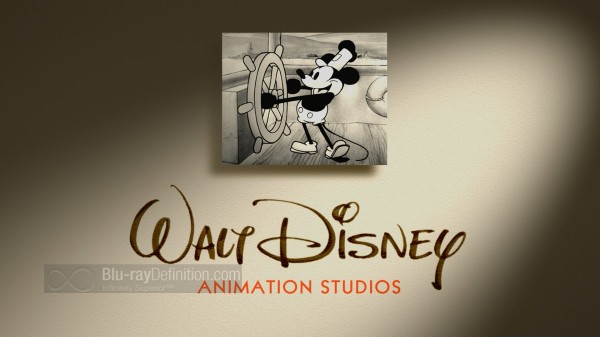 We all know the fairytale of the princess who kissed the frog, he turns into a prince and then the two live happily ever after, don’t we? Well, Disney takes that well known story and turns it on its head for the studio’s triumphant return to the world of hand drawn animated features.

In this version of the tale, the “princess” is Tiana (voiced by Anika Noni Rose), the studio’s first black princess, no less, and she’s no ordinary princess either. She’s a poor girl in 1920’s New Orleans with a talent for cooking who’s struggling to fulfill her late father’s dream of opening a restaurant. She works two jobs as a waitress and saves up every spare penny for a down payment on a dilapidated piece of real estate she dreams of turning into “Tiana’s Place,” where people of all walks of life can come together to enjoy her cuisine.

Tiana’s dream is nearly attained when her childhood friend, the rich, white Charlotte (voiced by Jennifer Cody) hires her to make some of her “man wooing beignets” in order to win over Prince Naveen, recently in town from his native Maldonia and looking to score himself a rich wife since he was cut off by his parents.

Unbeknownst to everyone involved, however, the evil voodoo witch doctor, Dr. Facilier (voiced by Keith David), has other plans. In a plot to get himself rich, he preys on the conceits of Naveen and the envy of Naveen’s assistant, Lawrence (voiced by Peter Bartlett), luring them to his evil lair, turning the Prince into a frog and allowing Lawrence to take on the guise of Prince Naveen in order to woo Charlotte and get at her father’s money.

Later that evening, at Charlotte’s masquerade ball, Prince Naveen in the form of the frog surprises Tiana after she has changed into her princess outfit supplied to her by Charlotte. After a bit of convincing and a promise that he will help her get her restaurant, Tiana finally kisses Naveen, but things go terribly wrong. Not only does Naveen not turn into a handsome prince, Tiana turns into a frog!

The two then are chased out of ball and end up on a terrifying journey through the Bayou in order to find Mama Odie (voiced by Jennifer Lewis), a voodoo priestess who they are told by a jazz-loving, trumpet playing alligator named Louis (Michael-Leon Wooley) can help turn them back into humans.

The Princess and the Frog is Disney’s first foray into the feature-length, hand-drawn animated musical in a very long time and it features a lively musical soundtrack by Randy Newman, who spent the summers of his youth in New Orleans. The songs display all the influences of the era the film portrays and the area — Dixieland Jazz, Zydeco, and Acadian folk music. 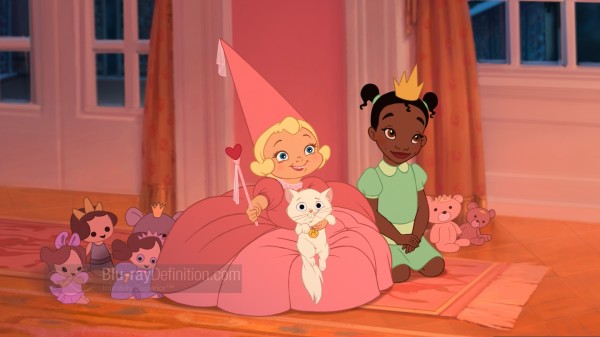 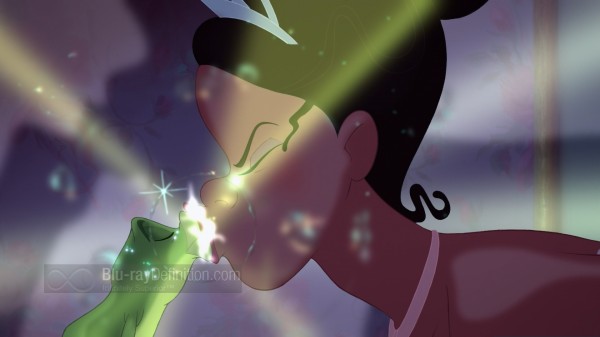 With deep bass, smooth high frequencies, clean dialogue, a wide dynamic range and active surround channels filled with discrete sound effects and audible low-level atmospherics, The Princess and the Frog’s DTS-HD Master Audio 5.1 lossless soundtrack is an enjoyable feast for the ears. There’s a great separation of sounds across the front and a superb balance of sounds overall. 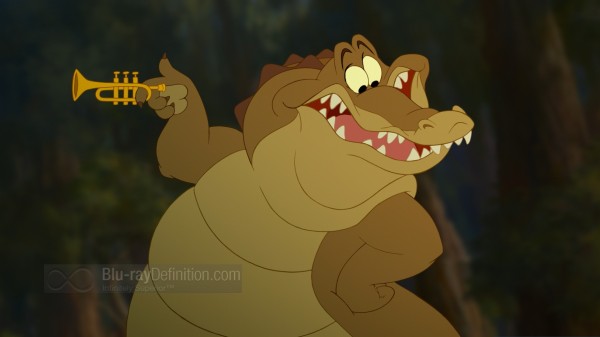 Kudos to Disney for not only providing an abundance of supplemental materials on this release, but providing them all in high definition in addition to the now expected DVD and Digital Copy in these combo packs. 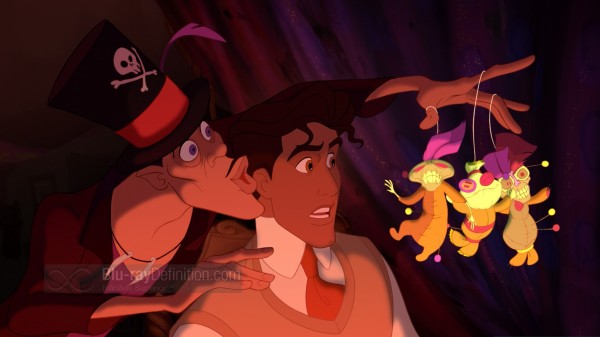 This film marks a marvelous, fun-filled return to hand-drawn animation for Walt Disney, and as usual, the Blu-ray release is nothing short of a breathtaking reference release. This is fun, family entertainment that is not to missed. Highly recommended. 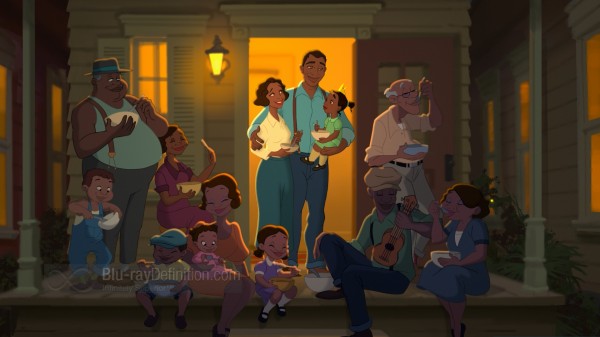 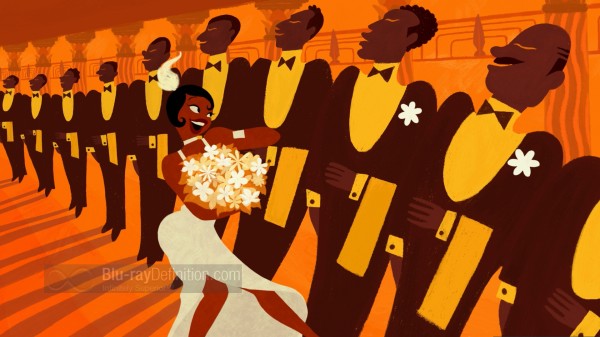 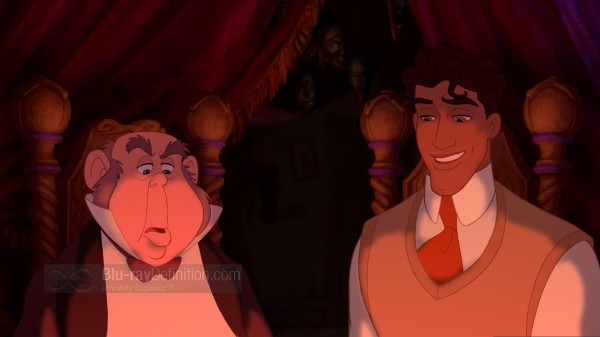 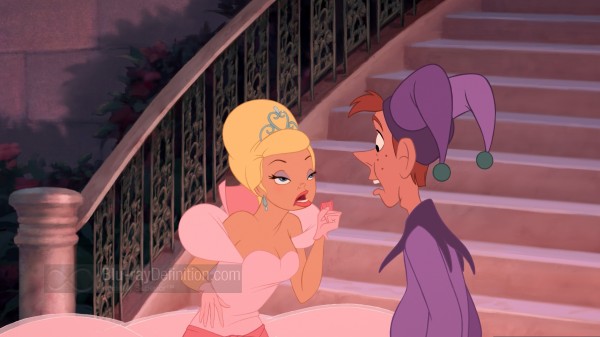 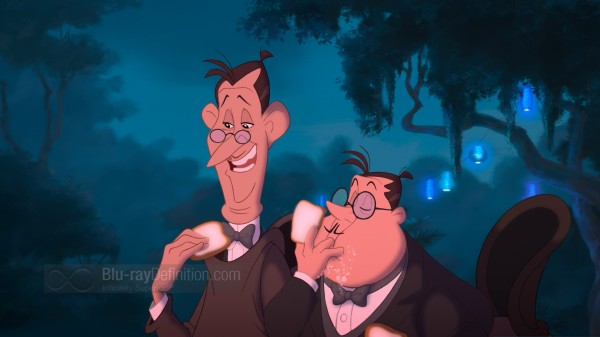 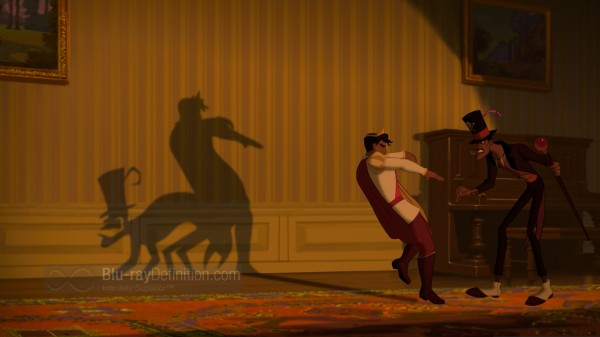 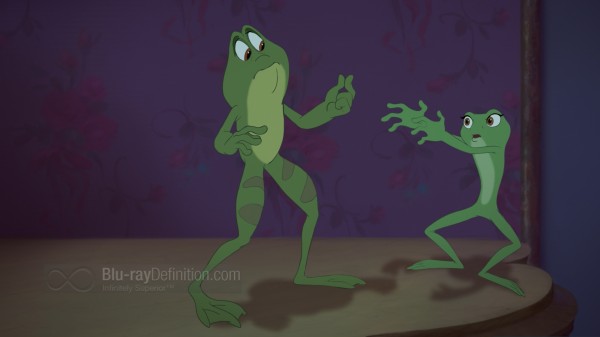 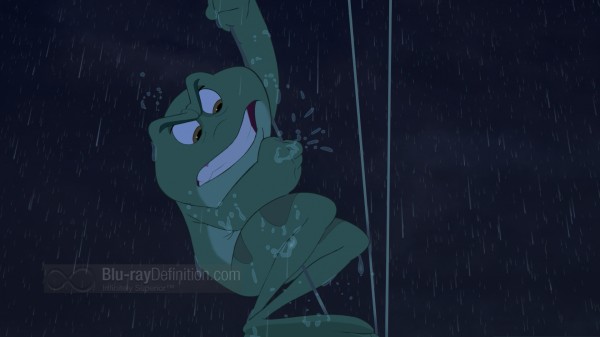 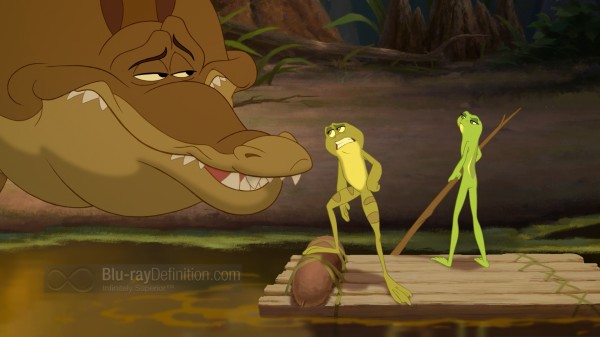 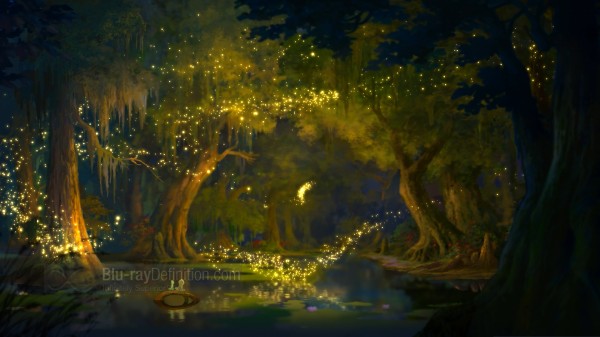 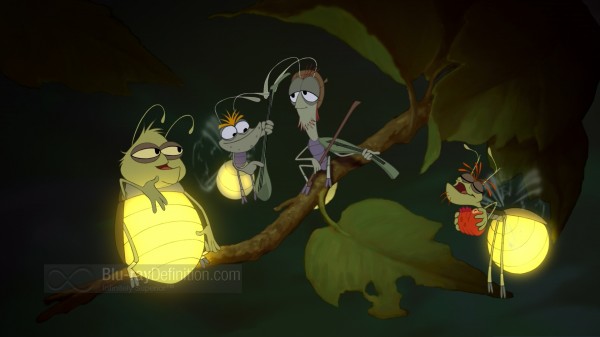 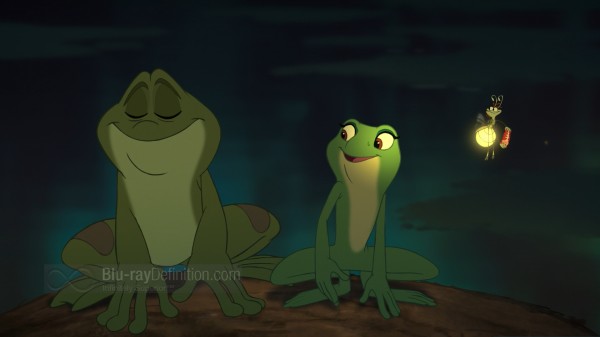 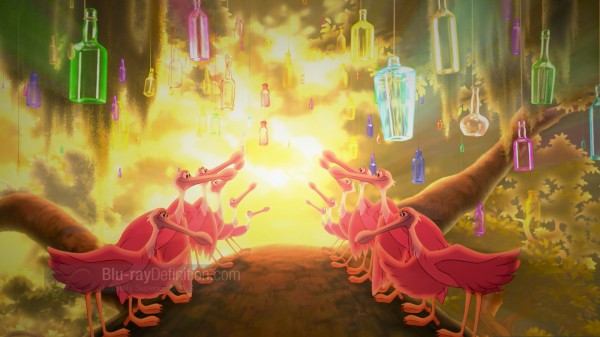 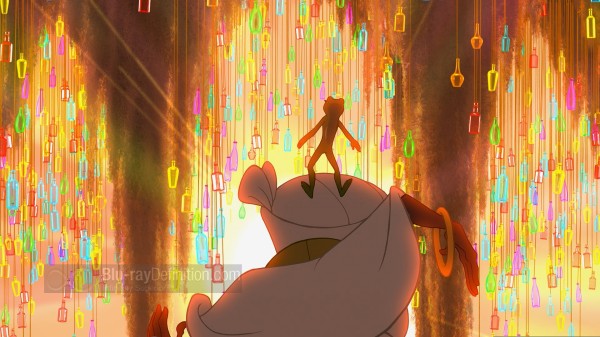 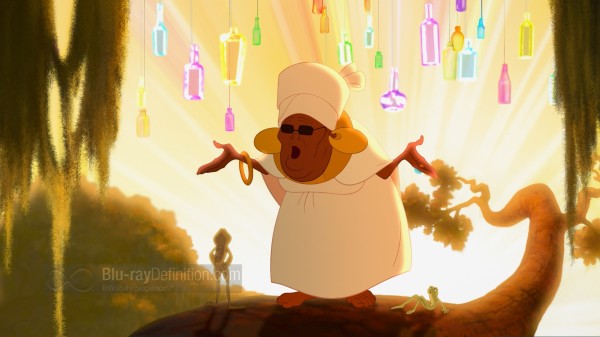