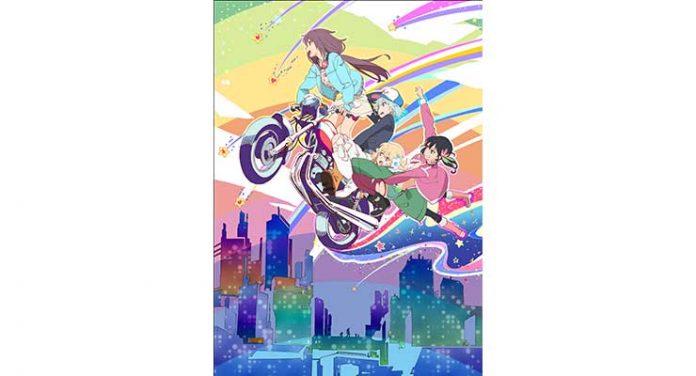 The Rolling Girls was produced for television by Wit Studio and originally aired on Japanese television in 2015. I was excited to see this series based on the U.S. trailer so when the Blu-ray Combo pack came across my desk from Funimation, it moved to the front of the pile of upcoming anime titles I needed to review.

The story is set in a future Japan ten years after the so-called “Great Tokyo War” that devastated the nation, according to the hammy voice over that begins the series. Japan breaks up into its original ten prefectures and eventually they become their own independent city-states that fight amongst each other. State-sanctioned vigilantes who fought in the Great War defend each city-state. These vigilantes, who have obtained superhuman strength, are known as “Best” (Mosa) and the crews that support them are known as “Rest” (Mob).

The Rolling Girls focuses on one group of Rest who supported one Best known as Maccha Green, AKA Masami. When Masami gets into an epic battle and ends up seriously injured, she asks her childhood friend Nozomi to travel across the country fulfilling requests for Maccha Green. Nozomi, the series’ protagonist, gathers together a misfit group of Rest, including the strange Misono Chiaya, who is seeking the mysterious heart-shaped stones that help give the Best their superpowers, Hibiki Ai who joins the group from another Best crew after she is kicked out for saving them during a battle, and the shy Kosaka Yukina, a runaway. The girls hit the road on their motorcycles and scooters fulfilling requests for Maccha Green, while learning a lot about themselves.

The great part about this series is the stunning animation. Backgrounds are often like vivid watercolors that evoke the works of French impressionist Henri Matisse, while the CGI and character designs are stunning and fluid. Action sequences are often like an acid trip at Seven Flags. The colors explode like someone microwaved a bag of Skittles and poured them out onto your brain.

Once you get past the awesomeness of the visuals, however, The Rolling Girls becomes a bit of a meandering mess. It’s a confusing story a little hard to follow. It needs a return to the editing room and some tightening up of the story arc. The setup about the post-Great Tokyo War rival city-states is delivered so quickly in the opening episode via a comedic voice over that it takes a little while to understand what exactly is going on. Then we get to our protagonists. Nozomi and her group of friends have their own stories, but it doesn’t become clear what is really going on, especially with Chiaya, until the end of the series, where the writers take the story into some weird sci-fi territory. It’s all oddly unsatisfying despite all the potential for an exceptional coming-of-age adventure comedy set in an eye-popping animated world. Each of the characters is compelling in her own right. Surprisingly, it’s the main protagonist, Nozomi, who is the least compelling. She’s not really memorable and often gets lost behind the stronger personalities of the characters surrounding her, despite being the leader of the group. 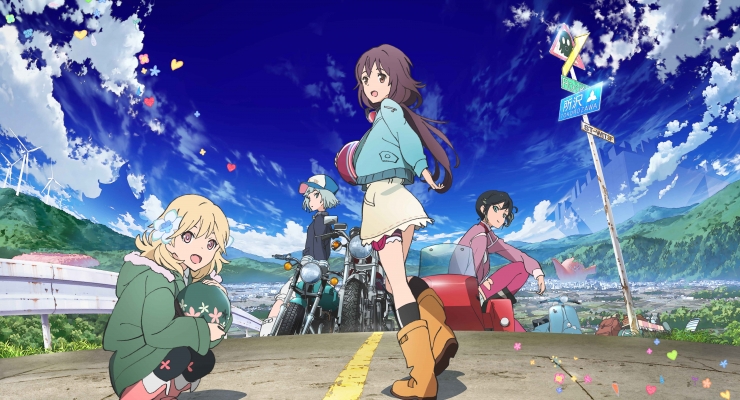 The animation in The Rolling Girls is just spectacular and this AVC 1080p encodement from Funimation offers it up in a strong presentation with rich colors and strong details. There is a limited amount of video noise and very slight color banding that keeps it from being absolutely flawless, but not enough to be a distraction of any sort.

The Rolling Girls comes has a couple of the better sounding audio tracks I’ve come across on a Funimation release. The original Japanese-language soundtrack is delivered in Dolby TrueHD 2.0 stereo and the English dub in Dolby TrueHD 5.1. While the mastering level on the stereo track in particular was a bit lower than I would have liked it, overall the sound was decent on both mixes and I didn’t experience the usual issues with lip sync and major dynamic range limiting I often come across on Funimation discs. The Japanese voice cast was my preferred option, but the English cast wasn’t bad and the 5.1, while not top-tier, was engaging and had a good bit of atmospherics and low-end extension.

Two audio commentaries round out the usual slate of trailers and clean opening and closing songs. Funimation also includes the Japanese episodic previews.

There is a lot to like about The Rolling Girls, but it is not as well put together as it should have been. The series is carried by the stunning animation style and lighthearted humor, but takes a hit from its meandering story and somewhat bland protagonist.