[As a note, the majority of this review is identical to the previously published review for The Secret Life of Pets Blu-ray 3D. Only The Video portion has been updated to reflect the differences in the format.] 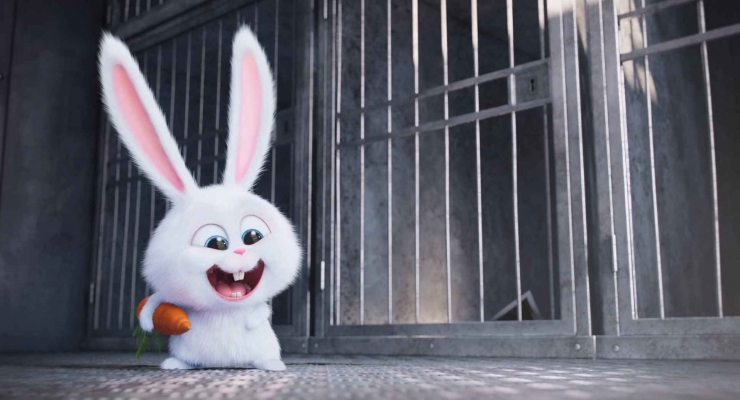 As I noted in my Blu-ray 3D review of The Secret Life of Pets, that version of the home video release was likely the definitive one, I stand by that assessment having finally seen this copy, which was graciously provided to TheaterByte by Dolby.  Unlike most 3D CG films from Pixar and even DreamWorks, this Illumination film has a lot of very strong 3D “pop-out” effects. Don’t take that the wrong way. They don’t spend the entire film sticking things in your eye, but when appropriate, things do come way out of the screen, and it works in the wild world that is The Secret Life of Pets.  In the flattened, 2D world of the UHD disc, that is truly missed, and the added benefit of the additional resolution and HDR (Hugh Dynamic Range) doesn’t really make up for that. These purely digital productions normally look pristine and full of lots of rich detail and texture anyway, even on standard Blu-ray, and given this is taken from a 2K master source, we aren’t really getting much additional resolution. It’s left up to the HDR to give it that extra “oomph” and while the colors really do sparkle a lot more on the UHD disc than in 3D, especially in the opening scene when Max and Katie are looking at the New York City skyline at night or when Max and Duke are taken into the sewers by Snowball and we see an amazing amount of shadow detail, we only have an incremental step up over the standard Blu-ray otherwise. As stated before, the 3D version is really the most entertaining version and if your display is up to the task, it doesn’t suffer much from dimness or lack of saturation (again, sorry 3D haters).