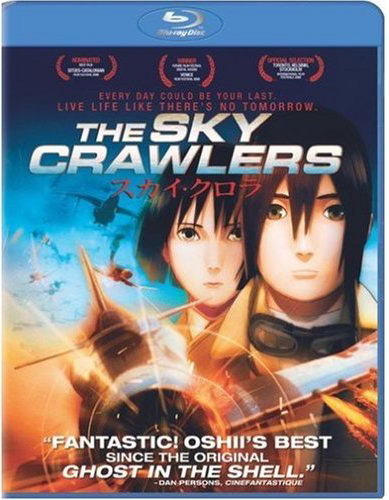 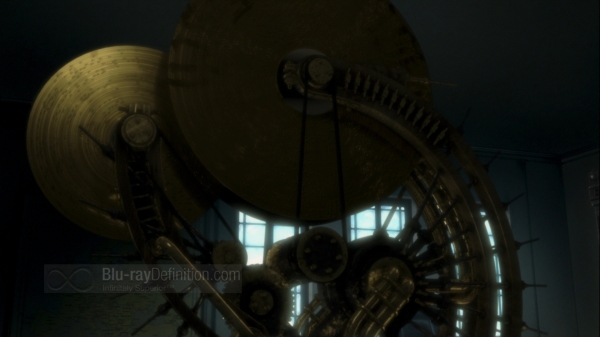 Anime fans will instantly recognize Mamoru Oshii as the director of the classic anime film, Ghost in the Shell, that explored the question of existence and the human soul; the differences between man and machine when the two begin to merge. Now Oshii returns with another existential examination of human existence with this adaptation of Mori Hiroshi’s novel The Sky Crawlers.

The Sky Crawlers is a melancholy affair populated with characters known as Kildren — eternally teenaged fighter pilots caught in an endless war between two superpowers. The adolescents ponder their places in the world and try to cope with uneasy feelings of both déjà vu and the knowledge of impending doom. Death in the skies is their only escape from this unbearable immortality — or is it?

The Kildren are confronted with feelings that they are possibly being recycled and sent back into the skies so the governments will not lose their skill set; thus the uneasy sense of déjà vu. Screenwriter Chihiro Itō’s rumination on what it means to be alive is always at the surface of The Sky Crawlers. As one character says, “Do people who might die tomorrow have any need to grow up?”

But do they grow up? They spend their lives in a suspended state of teen angst, searching for anything to make them feel alive — sex, alcohol and the adventure of fighting in the skies. These extended dogfight sequences offer the only break from the intense, dour mood that Oshii and Itō have created in The Sky Crawlers. The Kildren’s radial engine fighter planes cut through the skies in brilliant aerial displays.

Oshii’s vision in The Sky Crawlers is a beautiful one, no doubt. The scenery is spectacular, the palette is dramatic and the sound design from Skywalker Sound, in particular, is intense. The problem with The Sky Crawlers is the lack of exploration into these outwardly intriguing characters. Everything is on the nose. There are hints of emotional issues and lots of brooding — even some visual symbolism thrown into the mix, like the image of a giant timepiece — but nothing in The Sky Crawlers makes the characters sympathetic or believable and after a while, it can become a bit of a downer.

I still hail Oshii and Itō’s attempts on The Sky Crawlers as both a visually and intellectually stimulating work, but it falls short of what I consider to be Oshii’s masterpiece, the original Ghost in the Shell. 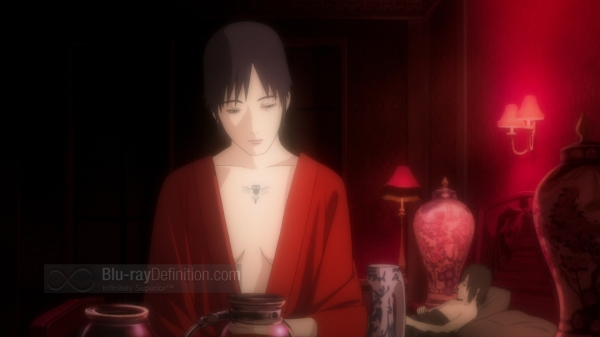 The Sky Crawlers is presented in a 1.78:1 aspect ratio with an AVC/MPEG-4 1080p/24 high definition encoding from Sony. The original anime is a blending of hand drawn and CG animation with a soft, diffuse patina over the image. This is artistic intent and not a fault of the transfer. Even so, this “haze” does not hamper the images from looking detailed with clearly defined line art and CG images that show no signs of aliasing.

The Sky Crawlers’ color palette is filled with drab Earth tones, tans and beige. Otherwise the film is in moody, shadowy scenes with splashes of bold primaries that pop from the screen — a deep red silken robe or the spark of a match. Of course, there is the clear cerulean-colored sky that serves as the canvas for the film’s many dogfights. It’s a beautifully rendered anime film that looks great on this Blu-ray Disc release. 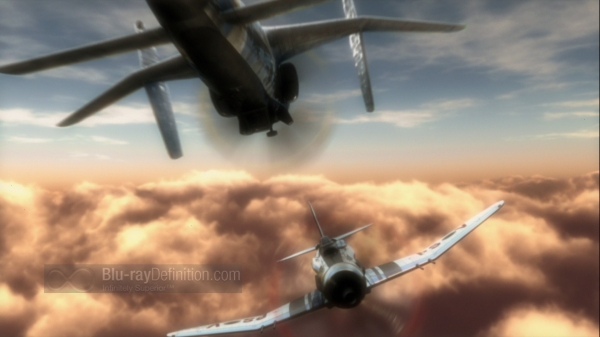 True anime fans can rejoice as Sony has provided The Sky Crawlers with its original Japanese language track in a Dolby TrueHD 5.1 lossless option with English subtitles. There are also English Dolby TrueHD 5.1 and Portuguese Dolby TrueHD 5.1 options available for those who prefer to listen to a lossless version of the film in their native tongue. Additionally, there is a Spanish Dolby Digital 5.1 option available as well.

I listened to the Japanese track for the purposes of this review and although it was only 48kHz/16-bit, it sounded very good. This is a lively mix that has a full soundstage, wide dynamics and deep low frequency extension. Working with sound designers at Skywalker Sound, director Mamoru Oshii crafted a marvelous world of sound for The Sky Crawlers with its aircraft at its heart. The engines of the fictional aircraft in The Sky Crawlers buzz and growl with monstrous ferocity. Utilizing all the channels, sounds encompass listeners. From the distant buzz of an engine to creaking of an empty house, sounds move around the room. There’s hardly a moment without some activity going on in the surrounds or the front channels.

Dialogue is clear and, surprisingly, never lost in the incredibly loud and active dogfight scenes. Quieter moments are slathered in ambience or atmospheric effects and the film’s new age-sounding score.

There is one downside to The Sky Crawler’s TrueHD mix, and that is the high frequencies are a bit too tweaked and a little on the harsh side, which becomes very apparent during the numerous dogfight scenes with rapid gunfire. It can become very fatiguing to listen to at times. Perhaps this is a consequence of the limited 16-bit resolution. Thankfully, there are many quieter moments where the high frequencies are not an issue. 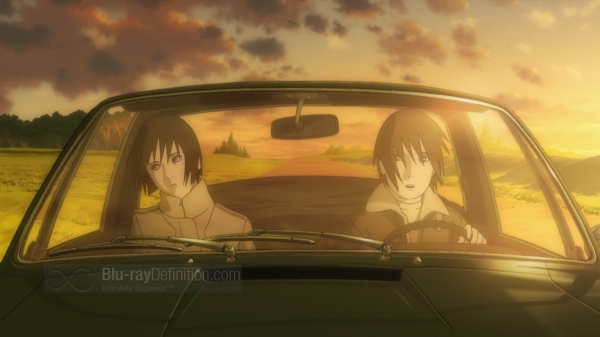 The Sky Crawlers Blu-ray Disc release feels weak on the supplemental side, with only some tacked on BD-Live functionality that offer nothing more than Sony trailers and previews and some behind-the-scenes featurettes. The featurettes do offer a bit more insight into the development and creation of The Sky Crawlers with extended interviews with Director Mamoru Oshii. 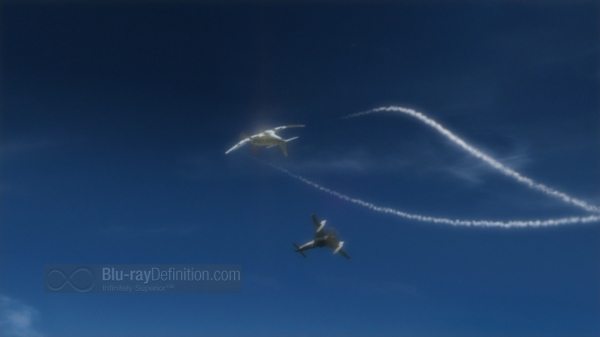 The Sky Crawlers is a laudable attempt at a thought-provoking piece of anime, but its one-dimensional characters and continuous veil of melancholy make it seem a bit weak. The visual aesthetics, however, are absolutely gorgeous as is the sound design and Sony’s Blu-ray transfer captures both with reference-quality results.