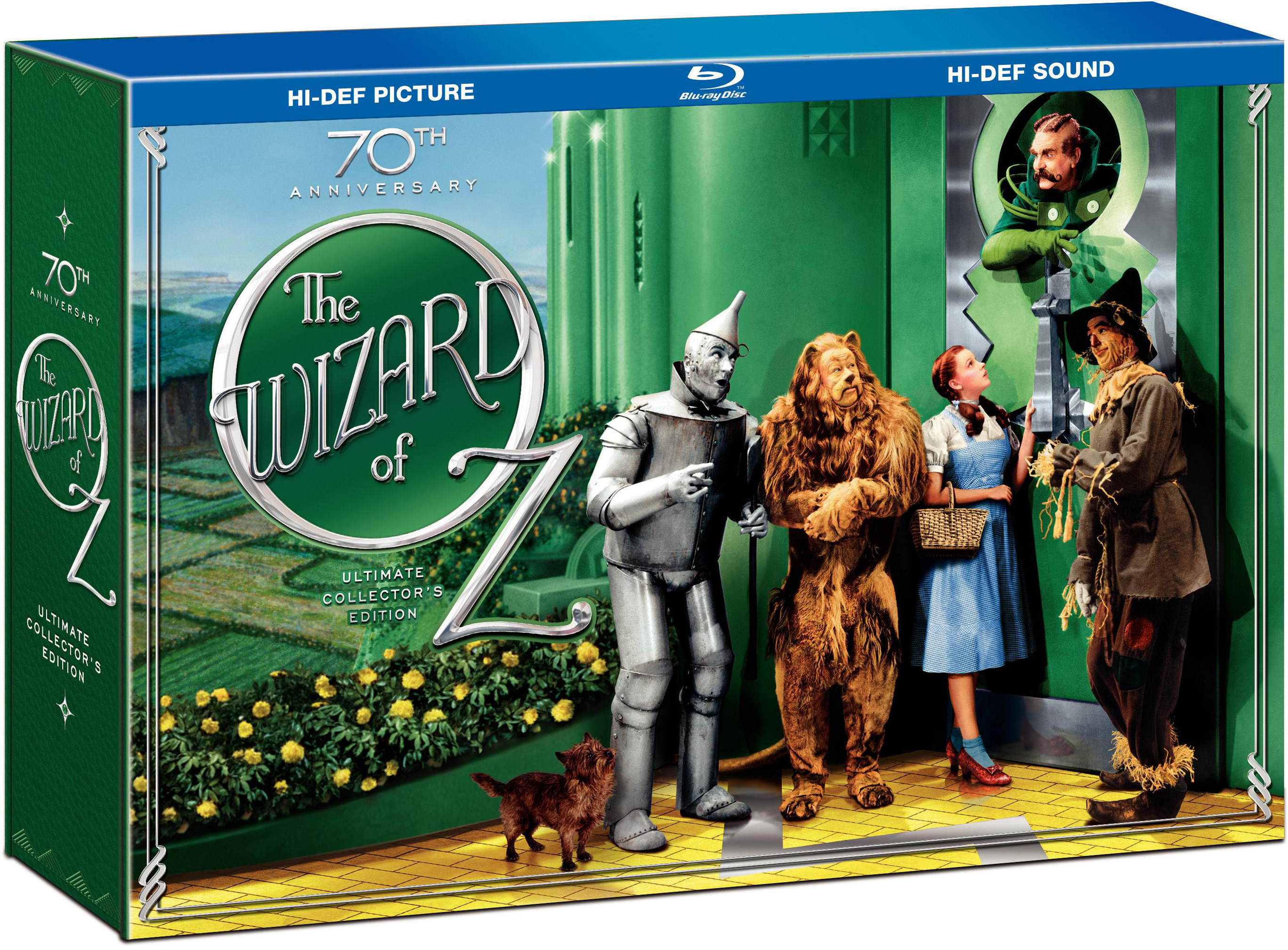 It’s been seventy years and MGM’s telling of the L. Frank Baum children’s tale still captivates us all. Judy Garland as Dorothy and her motley crew of companions, The Scarecrow seeking a brain (Ray Bolger), The Tin Man in need of a heart (Jack Haley) and the Cowardly Lion looking for courage (Bert Lahr) battling the wicked witch of the west in the candy-colored land known as Oz on their journey down the yellow brick road to go see the all-powerful wizard, (Frank Morgan) so that he may grant each of them what they seek has entered the world’s collective consciousness. It has gone beyond become simply a movie and has become a cultural icon. It has given us phrases that have entered the common dialogue, like “we’re not in Kansas anymore” and timeless songs, like “Somewhere Over the Rainbow.” The film is as much a symbol of Americana as cowboys, baseball, and apple pie. When Bernie Taupin and Elton John set out to write their ode to Americana, what else would they seize upon but the iconographic imagery of The Wizard of Oz in their double-album, Goodbye Yellow Brick Road? 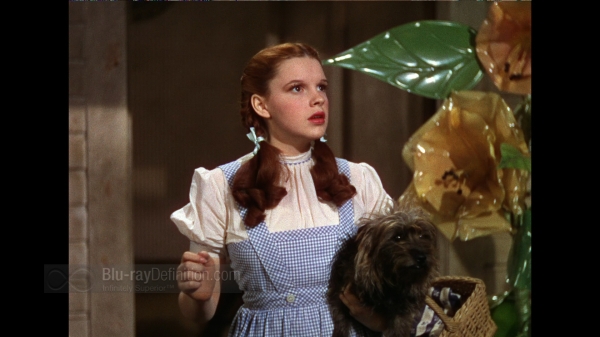 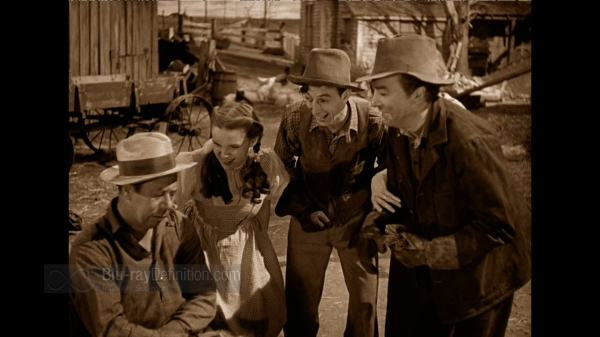 For this Blu-ray Disc release, Warner has gone back to the original three-strip Technicolor camera negatives and scanned each at 8k from which a 4k 1.37:1 master was produced. The resultant VC-1 encoding taken from that new restoration master looks absolutely beautiful. From the sepia toned world of Dorothy’s Kansas to the candy-colored splash that is Oz, this seventy-year-old film has never looked better.

Of course, the transfer to high definition has the consequence of exposing some of the detail never before seen in the film, like faint seams in the set backdrops or some of the more obvious uses of older special effects. None of it takes away from the magic of this film, however. Kudos should go to Warner for keeping all the grain in there, which looks sharp and film-like. Textures look organic, colors are nicely saturated, from the yellow brick road to Dorothy’s ruby slippers everything pops in Oz. Blacks are deep and stable. There are only some occasional moments of softness in the detail of background and distance shots, but, overall, this has to be the best looking catalogue release I have ever seen on Blu-ray Disc, especially given its age. 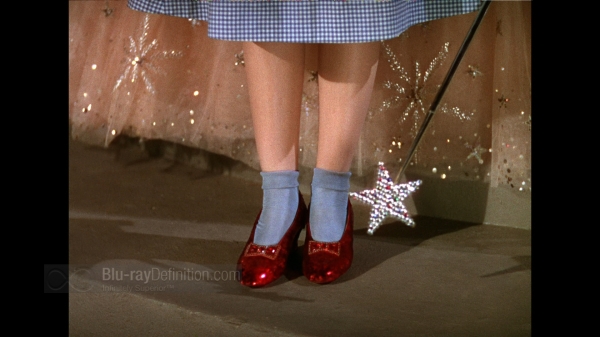 The newly remixed Dolby TrueHD 5.1 soundtrack sounds wonderfully clean and dynamic. Little details can be heard that perhaps were hidden before, the swoosh of the witch’s broom or the sounds of birds chirping in the forest as Dorothy and her companions make their ways down the yellow brick road. There is even some occasional “oomph” in the subwoofer. For those looking for more authenticity, Warner has also provided the original monaural soundtrack in a Dolby Digital 1.0 configuration. There is more obvious crackle there, but it’s difficult to deny the appeal of watching The Wizard of Oz while hearing it as it was originally intended. 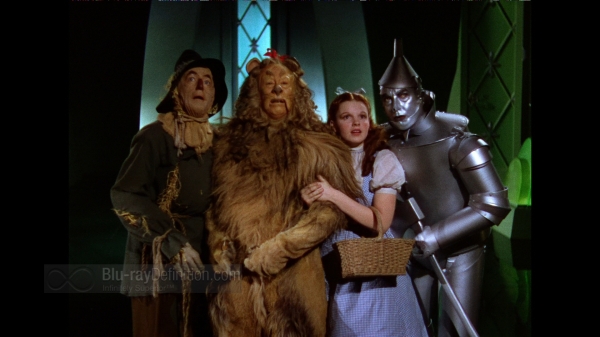 This is the collection to get for lovers of this classic film. It has been labeled “The Ultimate Collector’s Edition” with good reason. It is packed to the brim with collectible items and special features.

Collectible items in this set:

Supplements available on this release are: 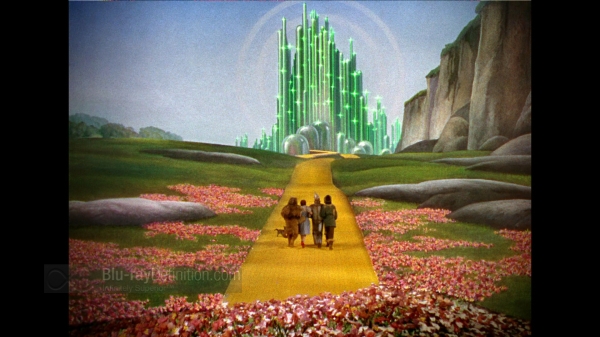 This reissue of The Wizard of Oz is truly magical and Warner has packed full of so many supplements and extras that it is worthy of a spot on anyone’s collection. I highly recommend this to everyone.