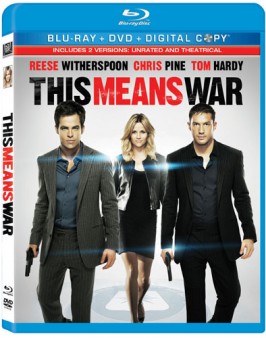 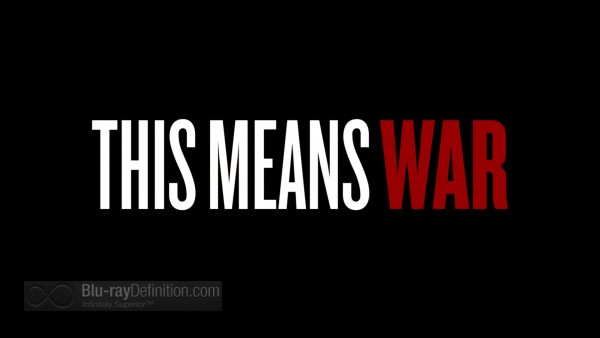 I can’t say that I have actually really enjoyed a romantic comedy, “rom-com,” “chick flick,” or whatever the heck you want to call it in a very, very long time. This Means War comes along and becomes the immediate exception breaking that streak. Director McG (AKA Joseph McGinty Nichol) known mainly for directing Terminator Salvation and for producing TV’s Supernatural, Nikita, and Chuck has taken this screenplay from Timothy Dowling and Simon Kinberg and run with it. A genre crossing spy-action and romantic comedy film, This Means War takes the usual setup of two guys fighting over the same girl’s affections and turns it into a genuinely funny romance with enough extracurricular machismo to appease even the most testosterone overdosed viewers, without pandering.

The setup is that two best friends FDR (Chris Pine; Star Trek) and Tuck (Tinker Tailor Soldier Spy) are CIA operatives who are sidelined after they blow a crucial mission and their target is now after them. As they both sit around at their desk assignments, Tuck, who longs for a relationship, decides to try his hand at internet dating, despite the teases from the womanizing FDR. He meets Lauren (Reese Witherspoon; Water for Elephants; Walk the Line), a single and attractive tester for a consumer products magazine. After their first date together, Lauren wanders into a video rental store where she meets FDR, who tries to pick her up, but she’s not having it. FDR is surprisingly smitten, however, and uses the CIA resources to track her down at work workplace, convincing her to go out on a date with him. It’s not long before Tuck and FDR find out they are both dating the same girl and their egos get the best of them – it’s on.

Using their best CIA skills and the “Company’s” resources, they both endeavor to convince the unsuspecting Lauren that they are the one for her. Meanwhile, poor Lauren, who is being urged on by her wacky friend Trish (Chelsea Handler), can’t decide who she likes best. She also doesn’t know that her life may very well be in danger as the target Tuck and FDR were originally after, Heinrich (Til Schweiger), is now hot on their tails again and well aware of their connection to Lauren. 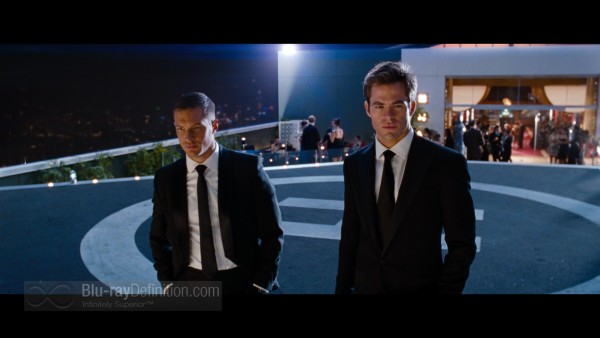 Shot on Super 35mm Kodak film, This Means War shows up on Blu-ray in a rather strong HD presentation, encoded in AVC/MPEG-4 at 1080p. Colors are really lively and vibrant, especially in the workplace of Reese Witherspoon’s character Lauren while flesh tones look accurate, with good peachy hues. Contrast is strong and there is a film-like veneer of grain that is mostly tempered, but does tend to want to get just a little coarse and gritty at times. 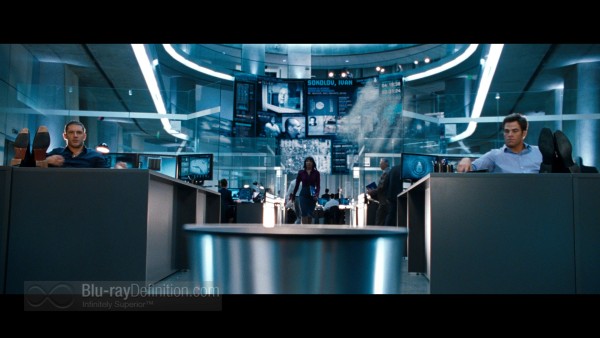 This is an especially lively soundtrack for a comedy, but considering it is a cross-genre action/rom-com, it makes sense. The DTS-HD Master Audio 5.1 soundtrack goes from heavy use of the surrounds during the “spy” scenes and car chases to quieter, more typical front-heavy moments during the more rom-com moments. There’s even a club scene that allows the soundstage to really expand and some bombastic bass to come forward courtesy of the LFE. 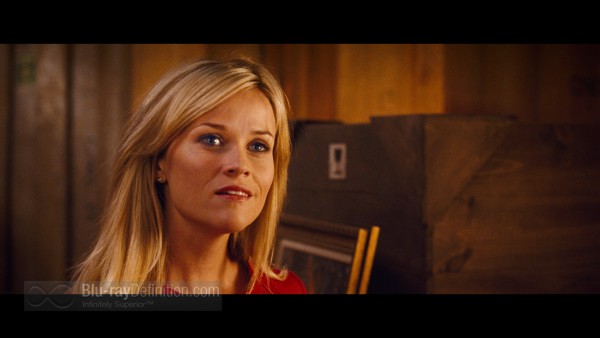 The supplements on here my be unnecessary, especially the three alternate endings, but ultimately there is a good bit of value here, even if you won’t find yourself going back to these quite often. 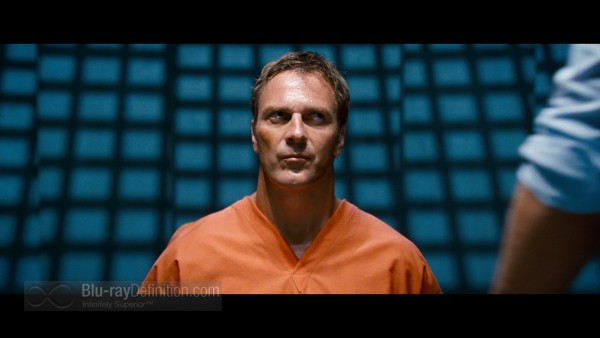 Cool spy action mixes with romance, bawdy comedy, and a bit of slapstick for a refreshingly original take on the “rom-com,” if you can even call it that – this one crosses genres. This Means War is not perfect by any means, but it is rather funny and satisfying. 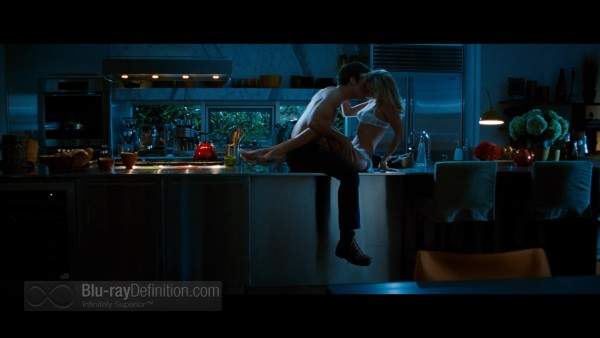 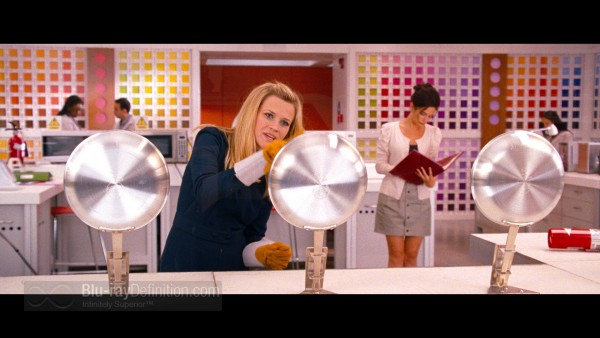 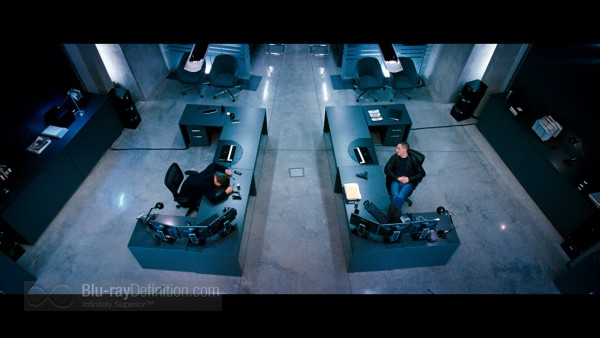 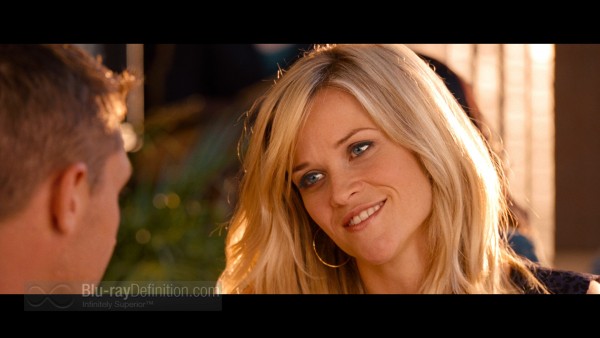 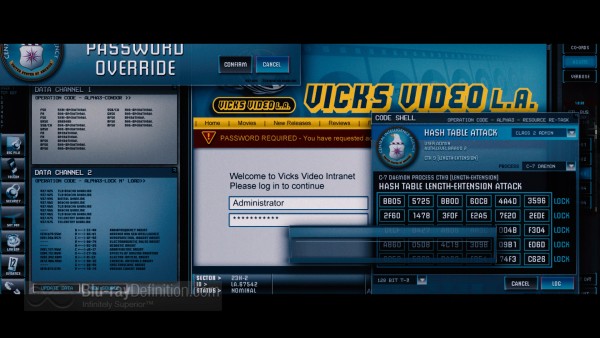 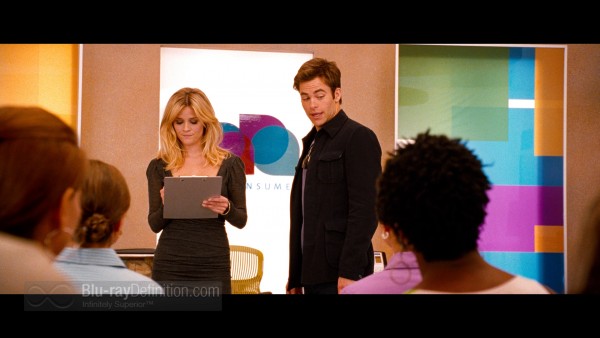 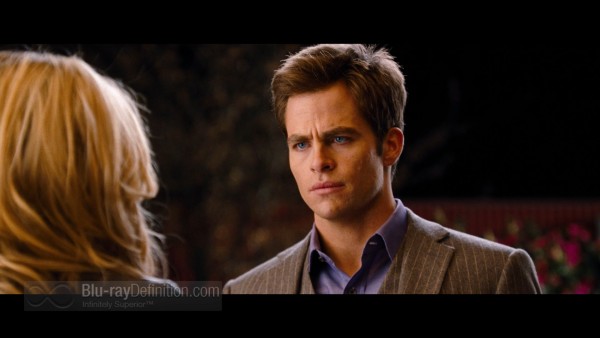 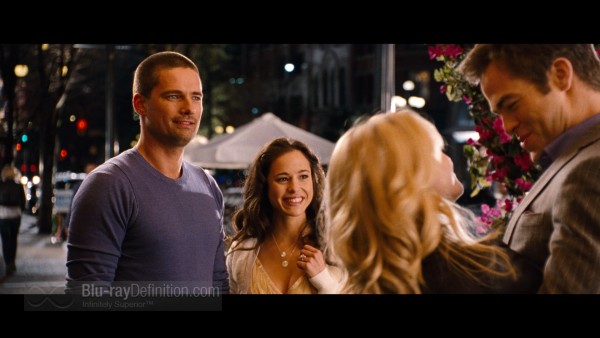