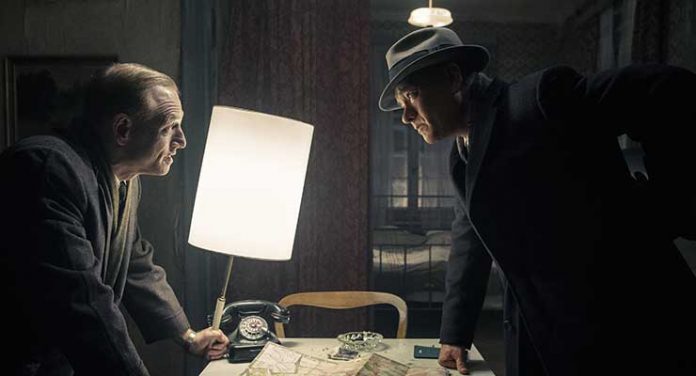 The latest historical drama from Steven Spielberg is Bridge of Spies, set during the Cold War of the 1960s, based on a true story, and written by Matt Charman and Ethan and Joel Coen. To call the film another triumph for both the director and his leading man Hanks is almost obligatory at this point. Nuanced, intriguing, riveting, and visually impactful, Bridge of Spies rarely misses a beat until it reaches its drawn out and somewhat sentimental, overly patriotic conclusion.

Bridge of Spies gets started slowly, focused on the somewhat shifty artist Rudolf Abel (Mark Rylance, TV’s Wolf Hall), an Irish immigrant of Russian descent who becomes the focus of a CIA investigation when he is suspected spying for the Russians. In the heightened atmosphere of anti-communist propaganda and the Cold War arms race, Abel is quickly arrested and has the entirety of the United States calling for him to go to the electric chair. High powered insurance attorney James Donovan (Tom Hanks, Saving Mr. Banks) is called upon by the government and his law firm to grant Rudolf Abel his constitutional right to an attorney. At first Donovan is reluctant, but when he does finally decide to take on the task, he does it with full vigor, warding off strong-arm tactics by CIA agents to get him to tell them whether Abel “talked,” and fighting hard to keep him from the electric chair. Even as Donovan’s personal life becomes disrupted – he’s the number one pariah, losing respect, and even suffering professionally – he and Abel begin to develop a mutual respect and admiration for each other. 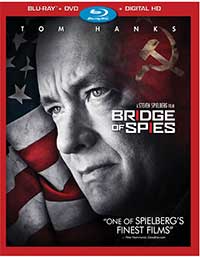 Donovan’s well fought legal defense, as it turns out, was a stroke of brilliant foresight, because a few years later, as Abel is sitting in prison serving a 45-year term for espionage, pilot Francis Gary Powers is shot down while flying a U-2 spy plane over the Soviet Union and taken prisoner. The U.S. calls upon Donovan to negotiate for Powers’ release in exchange for Abel, through an East German contact named Vogel. But the negotiations become complicated when American student Frederic Pryor, studying the effects of Communism on economies gets caught on the wrong side of the Berlin wall after it is built and is wrongfully imprisoned. Donovan refuses to make any deal unless he can get both prisoners back, but neither of the three countries involved wants to be seen as being too weak, or giving in to their enemy. Add in the added suspicions of whether each nation’s prisoner was made to give up any information during their detention or not, and things get very unnerving during the negotiations.

It need not be said at this point in his career that Tom Hanks is brilliant in his role and that Spielberg knows exactly how to coax the greatest performances out of him. Also magnificent to watch is Mark Rylance, a veteran who has always been a reliable character actor that really stepped up with his turn in the mini-series Wolf Hall, and now breaks out as the honorable spy Abel in Bridge of Spies. He is every bit Tom Hanks’ equal on-screen in this film, perhaps in even stealing a number of the scenes.

As for the film it is almost perfectly crafted, from the tight editing to the moody visuals and concise dialogue that avoids any grandiosity or hysterics while still getting its point across about the perils of politics, war, and suspicion, this one keeps you hooked almost right up until the end, where the epilogue tries to end on too much of a feel good note for Donovan. It feels tacked on and a bit long. We were better of being left in the world of uncertainty and not completely happy endings, or, as the film put it, a world where miracles don’t always happen. 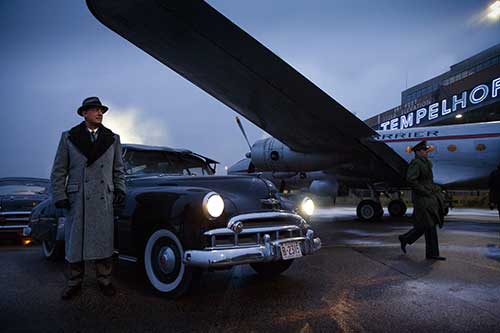 Spielberg sticks to his 35mm roots shooting on a series of Arri cameras with 35mm Kodak Vision3 250D 5207 and Vision3 500T 5219 film stock for this Cold War spy thriller. On Blu-ray, the film arrives in a top-tier AVC 1080p encodement from Touchstone that is crisp, nuanced and luscious looking, with a very thin veneer of organic film grain. The often dark, shadowy mage avoids problems with crush, banding or noise and maintains lots of details and extended depth of field. 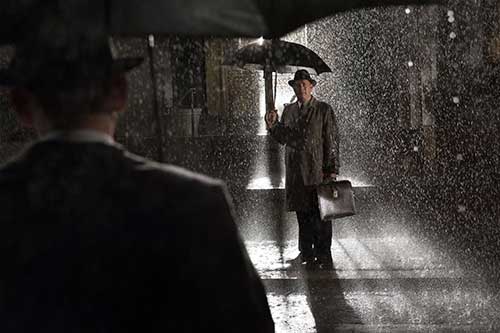 Bridge of Spies gets an excellent DTS-HD Master Audio 7.1 mix on Blu-ray that is wonderfully balanced and does not overwhelm listeners with abundance unnecessary sound effects, instead putting the focus squarely on the dialogue. The score and foley effects act as accents but do bring you into the film’s world.

The Blu-ray Disc comes with a few brief featurettes offering up some behind-the-scenes footage and interview segments with Spielberg, Hanks, and even Spielberg’s dad. Some looks at the real locations featured in the film are welcome. 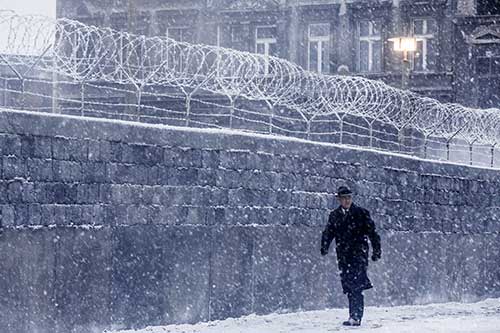 Spielberg’s Bridge of Spies is an involving, often riveting historical drama, but he does tend to lose sight of things and let his sentimentality get the best of him in the film’s last moments. A little more editing and a slightly tighter script would have catapulted this into the stratosphere.