From Beyond [UK] Blu-ray Review 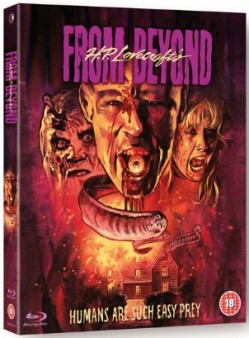 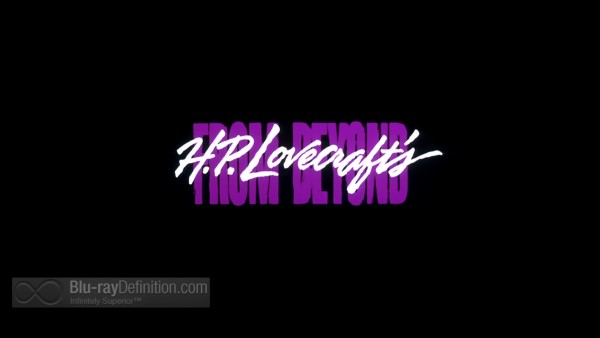 In 1986, the creators behind the previous year’s Re-Animator returned with the now nearly equal cult classic sci-fi/horror gem, From Beyond. Director Stuart Gordon once again returns to the works of writer H.P. Lovecraft for his inspiration here and lets his own creative juices run wild in a typically over-the-top, nearly surreal adventure  filled with blood, gore, and psycho-sexual perversions. 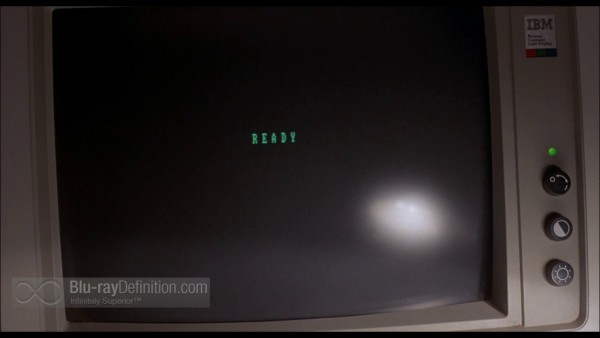 Given the usual low budgets and poor quality of these sorts of films, I was surprised to see just how good From Beyond looked in this transfer to Blu-ray from Second Sight. Arriving in a 1.85:1-framed AVC/MPEG-4 1080p encodement, the image is clean, but still retains a natural layer of grain and texture, colors look vibrant, flesh tones natural, and I see no issues with noise, edge enhancement, or excessive DNR. 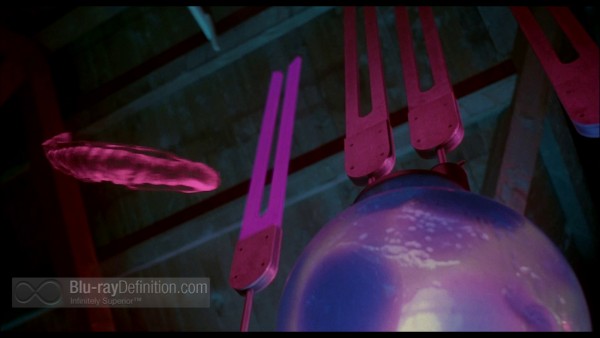 There are two audio offerings, a LPCM 2.0 (48kHz/16-bit) track and a lossless DTS-HD Master Audio 4.0 (48kHz/16-bit) track. Both provide a rather spacious, wide stereo soundfield with clear dialogue and good dynamics, but the 4.0 track is the clear winner here. While it is not as engulfing as a modern 5.1 mix – the surround channels have a very low amount of ambience – it does the trick for this film. 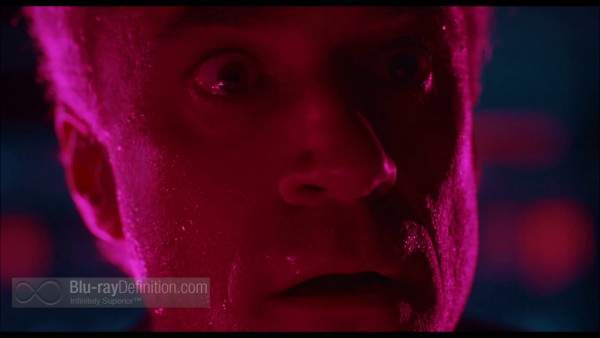 This issue of From Beyond by Second Sight is packed with extras, from an audio commentary, to interviews with the film’s stars and production featurettes. 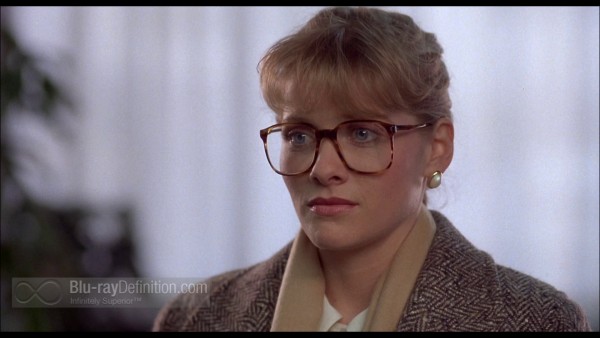 Whether hinting on what the Japanese might call “shokushu goukan” or “tentacle rape”, or just giving us a straight up sci-fi tech spoof, this 80s cult classic has it all. It comes in a surprisingly well transferred HD edition on Blu-ray that fans are sure to appreciate. 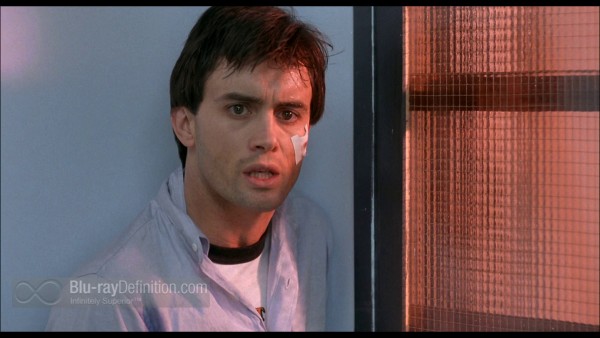 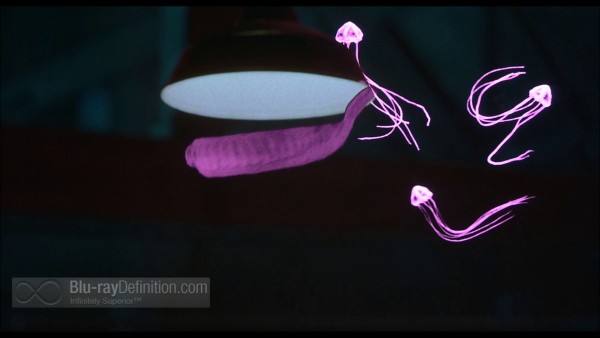 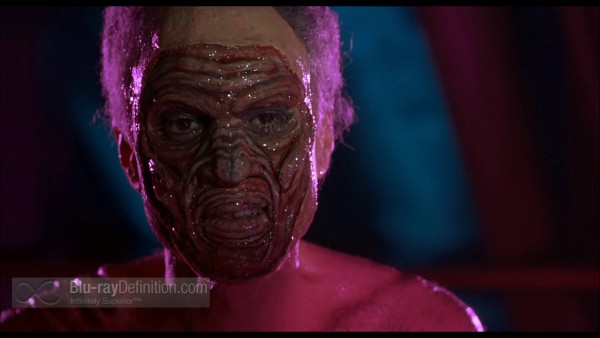 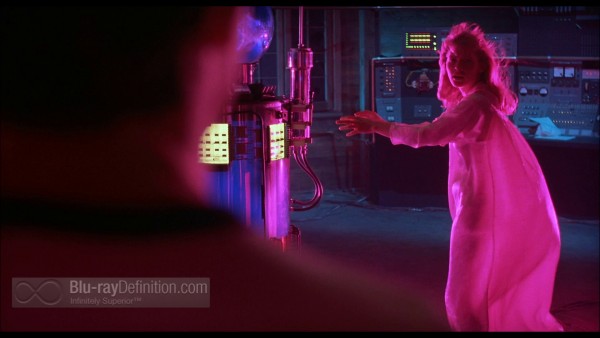 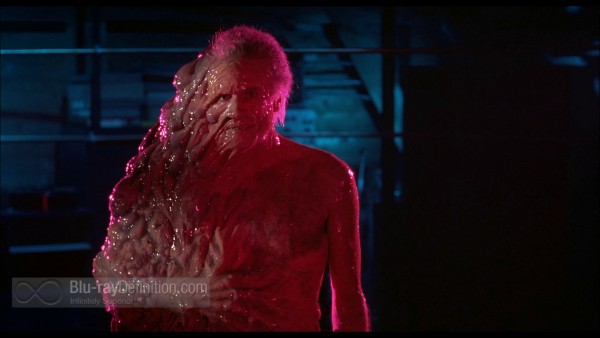 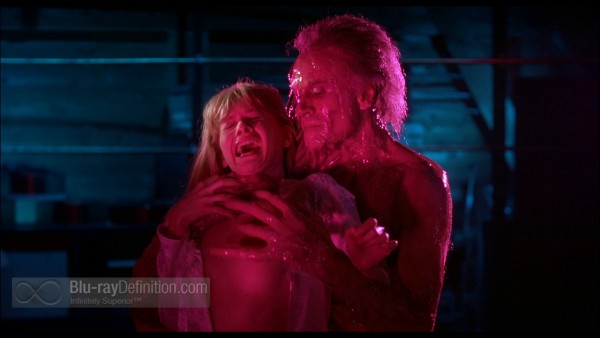 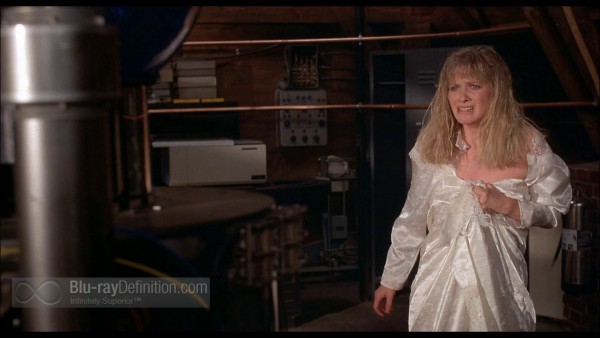 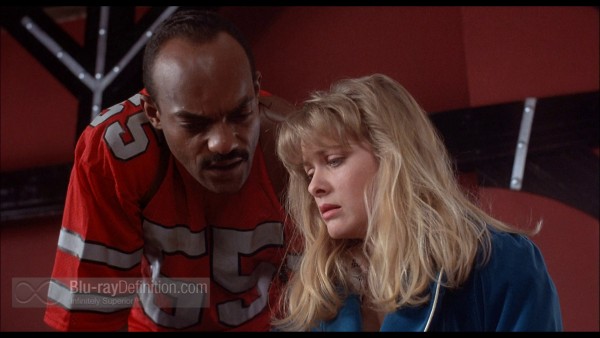 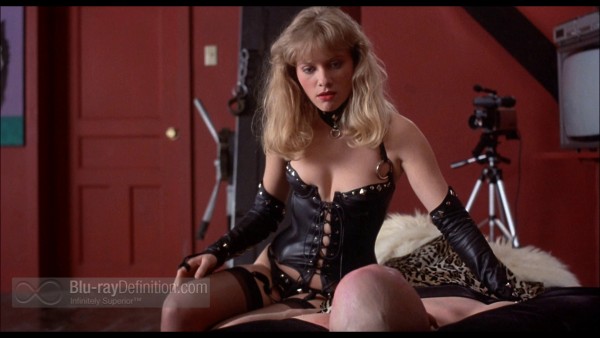