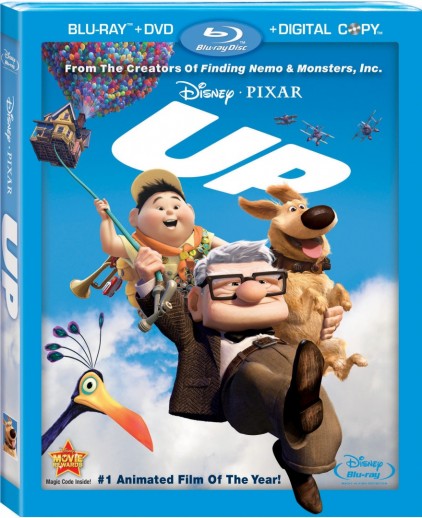 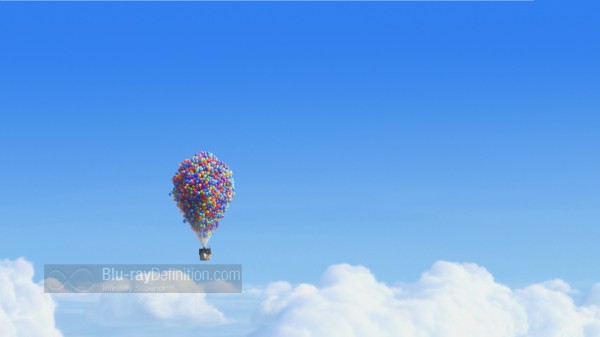 The changing moods and slight inconsistencies in style keep Up from being quite on the same level as previous Pixar fare such as Ratatouille and WALL●E, but the opening act alone is enough to make it one of the best films of 2009. If Up doesn’t make you cry, then you are dead inside. This is more proof from the brilliant storytellers and animators at Pixar that animation doesn’t have to pander to the lowest common denominator and that it is truly a respectable, intelligent art form worthy of the highest consideration. It’s about time films like these were nominated for Oscars in the general categories and not relegated to simply “Best Animated Feature.” 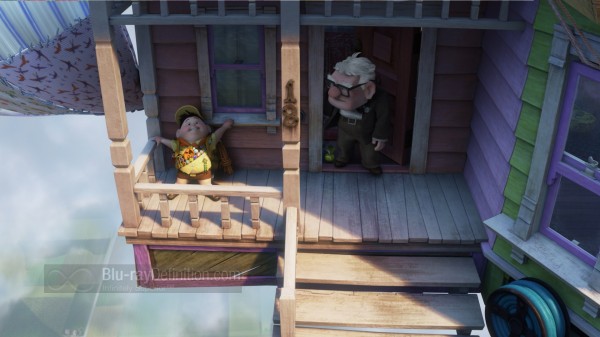 Pixar is a master of CGI animation and when their films make it to Blu-ray, they usually look absolutely stunning; Up is no exception. The film’s digital source arrives on Blu-ray in a 1.78:11080p/24 AVC/MPEG-4 encoding that looks as clear as Waterford crystal with immaculate detail right down to individual strands of fur on Dug’s coat or the texture of the sash that holds Russell’s badges. Colors are radiant, blacks are inky, contrast doesn’t clip and there are no artifacts to be found. This is reference quality material all around. 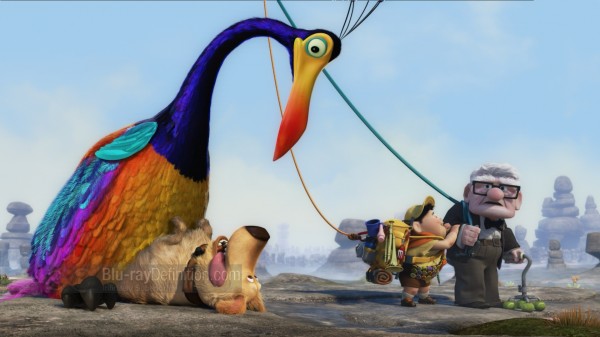 Up’s soundtrack has been given the lossless treatment with a DTS-HD Master Audio 5.1 (48kHz/24-bit) mix. The mix is quite active, though not as aggressive as some other Pixar films, such as Wall●E, but there is still sufficient discrete activity in the surround channels, lots of ambience and plenty of low frequency extension. The dialogue is clean and never lost, not even in the most hyperactive portions of the film, and dynamic range is very wide, ranging from mellow to downright jet engine-level, or so it seemed. This is definitely the sort of mix one could use to show off their sound system. 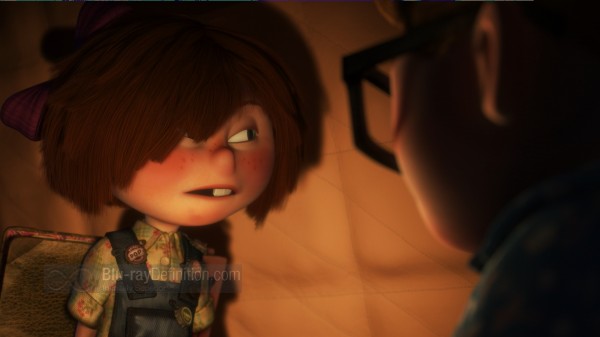 Up has been loaded with extras, just as we have all come to expect by now from any Disney-Pixar release worth its salt. There are the quirky yet enjoyable animated shorts and a host of behind-the-scenes featurettes with the Pixar team all provided in 1080p. In fact, there is enough material offered here to keep kids and adults alike entertained for hours. 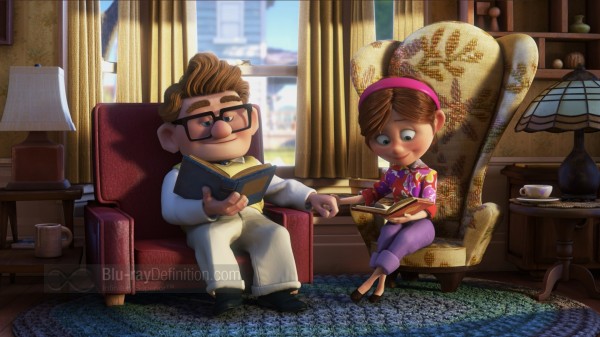 Pixar seems to be unstoppable. I always look forward to their next animated adventure like no other studio out there. Not every one of their films always reaches the same heights, no pun intended, but they are always a very high quality with strong stories to back up their brilliant animation. Up falls into this category. It may not be as evenly thought out and delivered as something like Ratatouille, but it is sweet and endearing in its own way and certainly powerful.

The Blu-ray release captures the film flawlessly and this release comes highly recommended on all counts.