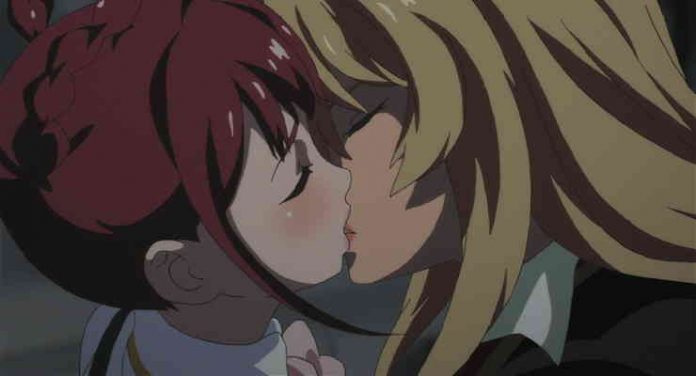 Valkyrie Drive: Mermaid is the anime branch of a multimedia franchise created by Marvelous which consists of games on PlayStation Vita, iOS, Android, and the anime series. The basic plot revolves around a group of girls who are infected with a strange virus called the “Armed Virus” in a futuristic world. These girls, once infected, become either Extars, who can transform into powerful weapons when they are sexually stimulated, or Liberators, who have the ability to stimulate and wield the powerful Extar weapons. The girls are isolated from the rest of society onto five manmade islands until such a time they are deemed safe to return to normal society by the observers watching over them Mermaid follows the story of one such girl or “mermaid” cast onto one of these islands, Tokonome Mamori, a naïve sixteen-year-old who is sort of shy. The kanji for her name can also be misread as “virgin,” and her personality sort of suits the former. She is an Extar who ends up partnered with the Liberator Shikishima Mirei, a reticent, tall, blonde fifteen-year-old, well-endowed girl who actually looks and acts more mature than Mamori. Mirei arrives on the island under mysterious circumstances and, unlike all the other girls, doesn’t need to have her abilities unlocked, she can use them right away. It is also later discovered that she has a special ability called “Enhance”, a cybernetic implant that allows her to multiply her Liberator strengths. This pairs well with Mamori whom, as it turns out, is a more powerful Extar than any of the other girls on the island.

There is ultimately a story arc in Valkyrie Drive: Mermaid that involves a clandestine organization manipulating the infected girls from the outside world, a soy on the inside posing as the island’s only infected boy, and the search for some sort of powerful savior that will help liberate the basically imprisoned girls from their islands. Let’s face it, though, this series is really about the fan service and yuri and there is plenty of that to go around. Think about it – an island full of young, mostly scantily clad girls, half of them who need to be sexually stimulated to have their powers activated – oh, yes, there are battles and tournaments, and factions set against each other. They aren’t all just hanging out with their dormant virus waiting to get back into regular society; where would the fun be in that? There’s plenty of kissing, sighing, heavy petting, and topless beauties with hardened nipples flouncing about.

The animation is certainly spot-on for this sort of series and I’m not just talking about the character designs and fan service, there’s actually really good artwork and detail here and a lot of great action sequences. The visuals do help carry what is a slow story to develop, in all honesty, but it sure is fun to watch if this is your sort of thing. 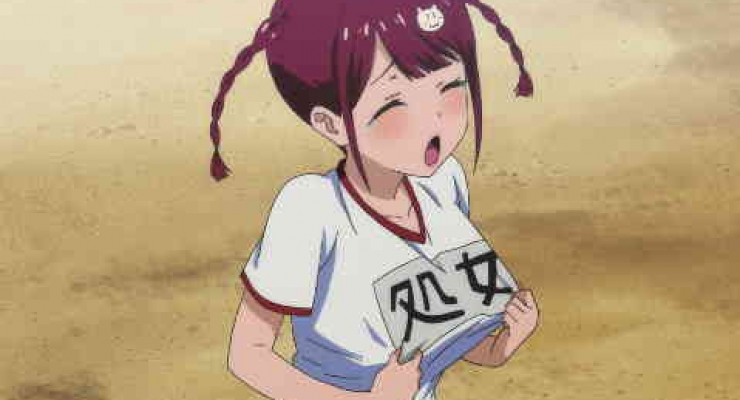 Valkyrie Drive: Mermaid comes to Blu-ray in a beautiful AVC 1080p encodement that is bright, has crisp detail and line art, no compression noise, and excellent color reproduction. There’s nothing to complain about in this transfer.

We get the original Japanese-language mix in Dolby TrueHD 2.0 stereo and the English dub from Funimation in Dolby TrueHD 5.1. The sound of the stereo mix is dynamically compressed so that it is a bit loud and there isn’t much range. The 5.1 mix is superior and better balanced with good use of the surround channels for some discrete effects and atmospherics. Both casts do a very good job with the material, although the English dialogue is just a little more crude than the English subtitles and Japanese dialogue. It seems to fit this material anyway, so it isn’t a major flaw.

Valkyrie Drive: Mermaid is a no punches pulled yuri series with eye-popping character designs that turns up the sex and action. Anyone who loves a good fan service, yuri, or ecchi series should enjoy this one.