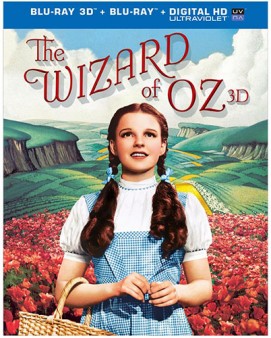 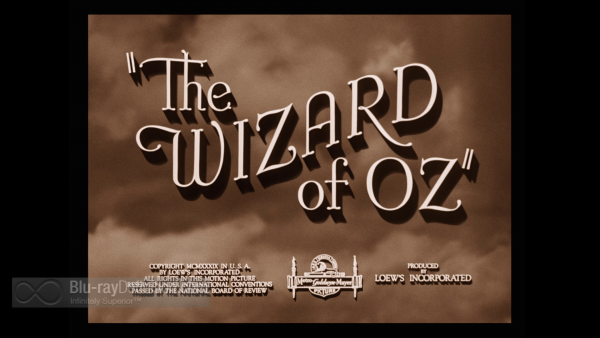 It’s been three quarters of a century and MGM’s telling of the L. Frank Baum children’s tale still captivates us all. Judy Garland as Dorothy and her motley crew of companions, The Scarecrow seeking a brain (Ray Bolger), The Tin Man in need of a heart (Jack Haley) and the Cowardly Lion looking for courage (Bert Lahr) battling the wicked witch of the west in the candy-colored land known as Oz on their journey down the yellow brick road to go see the all-powerful wizard, (Frank Morgan) so that he may grant each of them what they seek has entered the world’s collective consciousness. It has gone beyond become simply a movie and has become a cultural icon. It has given us phrases that have entered the common dialogue, like “we’re not in Kansas anymore” and timeless songs, like “Somewhere Over the Rainbow.” The film is as much a symbol of Americana as cowboys, baseball, and apple pie. When Bernie Taupin and Elton John set out to write their ode to Americana, what else would they seize upon but the iconographic imagery of The Wizard of Oz in their double-album, Goodbye Yellow Brick Road? 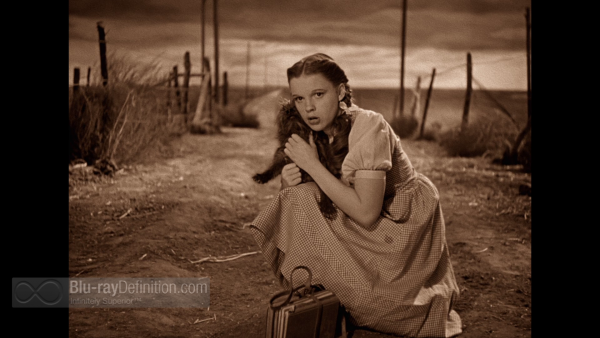 This review will pertain only to the 3D imagery as Warner has apparently supplied the same 4K restoration in the same VC-1 1080p encodement on the 2D disc that accompanies the new 3D restoration. For a full review of the 2D version of The Wizard of Oz on Blu-ray, see our previous review of the 2009 release of The Wizard of Oz: 70th Anniversary Ultimate Collector’s Edition. All the screen captures in this Blu-ray 3D review were taken directly from the new 3D disc.

According to Warner’s information “The 3D conversion was a long and complex project which Warner Bros. Initiated with a very high resolution (8K) scanning of the original Technicolor camera negative. The restored 2D image was then transformed by creating a depth-map of each frame to construct 3D imagery and determine distances from the viewer’s vantage point. This was followed by the long process (with the use of a rotoscope) to further refine viewer distances and fully layer shapes and objects.”

The result of Warner’s efforts are significant and often staggering, providing one of the best possible 3D conversions you will ever come across, especially for a film of such an old vintage. What is immediately noticeable is that this new restoration has a richer, cleaner, and crisper appearance than the previous release from 2009. No doubt the more vivid colors and the more refined grain structure help the image come across better in the 3D realm. When watching the 3D result, one can still make out a fine layer of grain, so the image looks organic still, but the grain doesn’t become distracting in anyway. It is also immediately noticeable how much more depth there is, even in the sepia toned opening sequences. The standouts are obvious – when the tornado hits, one can really make out the space between objects flying around in Dorothy’s room and the final sequence where the house flies at the screen shows a surprising amount of pop-out, even if not outright leaping off of the screen. Once we get to Oz, the color comes across well and seems like the scenes with the Wicked Witch of the West stand out the most, perhaps on purpose. She really stands out from the scenery – her boney finger pointing at Dorothy or her broomstick jutting out. Another stand-out scene that shows very strong depth is the poppy field sequence, where the front or bottom seems to come right out at you almost and our sleepy travelers look rather distant in the background. In all, this is a brilliant effort for such an older film, better than I would have expected. 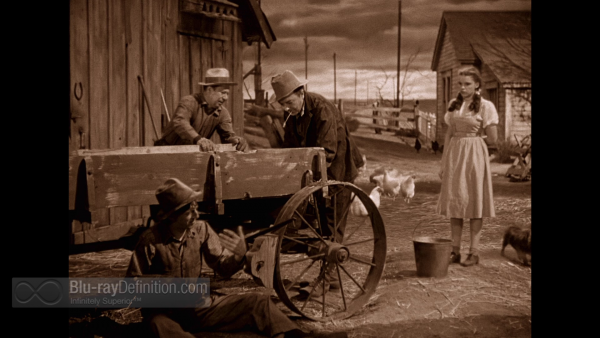 Warner has provided the original monaural soundtrack in Dolby Digital 1.0 and a 5.1 lossless track in DTS-HD Master Audio 5.1. They’ve also swapped the Dolby TrueHD 5.1 track on the 2D version for the DTS-HD Master Audio 5.1 track. I really can’t say I hear any difference between this DTS-HD Master Audio version and the Dolvy TrueHD version, so they appear to be the same mixes and masterings, but encoded to two different codecs. As before, the 5.1 soundtrack sounds good, spacious , clean and dynamic. Little details can be heard that perhaps were hidden before, the swoosh of the witch’s broom or he sounds of birds chirping in the forest as Dorothy and her companions make their ways down the yellow brick road. There is even some occasional “oomph” in the subwoofer, perhaps a little too much. The lossy 1.0 track provides a more authentic sound experience, but it also has more crackle and sounds quite dull and boxy in comparison. Also, while watching this film in 3D, it sounds oddly claustrophobic, more so than when watching the traditional version of the film. Numerous dubs and subtitles are also included in either Dolby Digital 5.1, 1.0, and SDH or non-SDH. 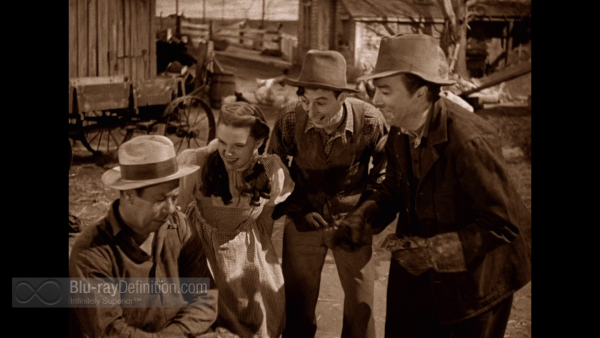 This 2-Disc Blu-ray 3D/Blu-ray combo that warner has sent contains all the same previously released supplements plus a new hour-long documentary in HD about the making of The Wizard of Oz. None of the extra swag available in the 4-disc collector’s edition is here, not even the DVD, but they have at least included UltraViolet. 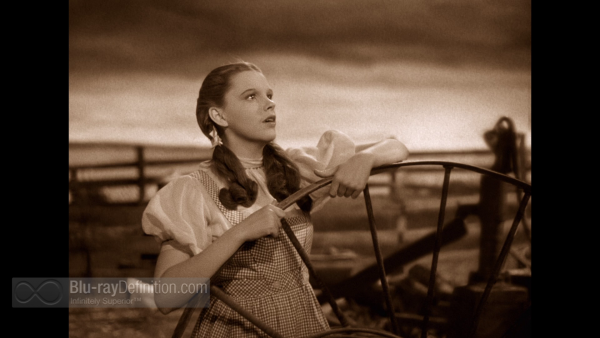 Warner Bros. delivers the goods with a fantastic restoration and pleasing 3D conversion of this classic film. The Blu-ray 3D looks and sounds amazing, so fans of the format should be satisfied. Obviously, traditionalists need not apply here, and there will be no need to upgrade from the previous edition if you are not a fan of 3D. 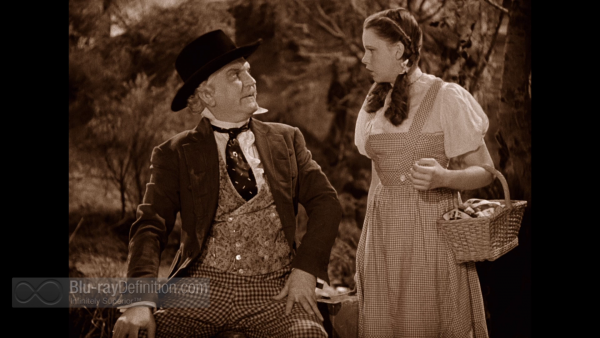 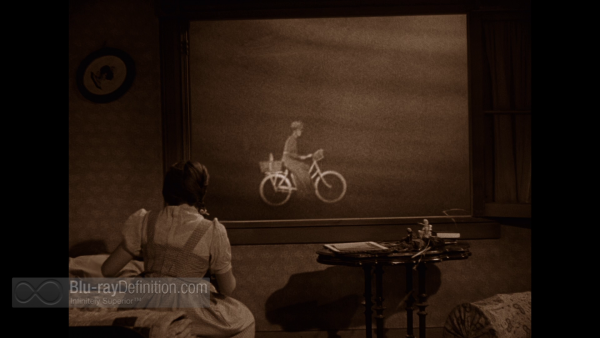 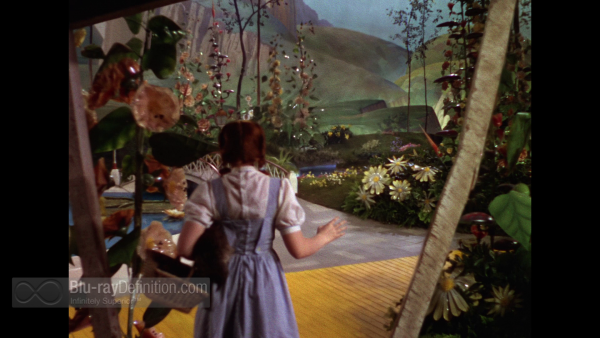 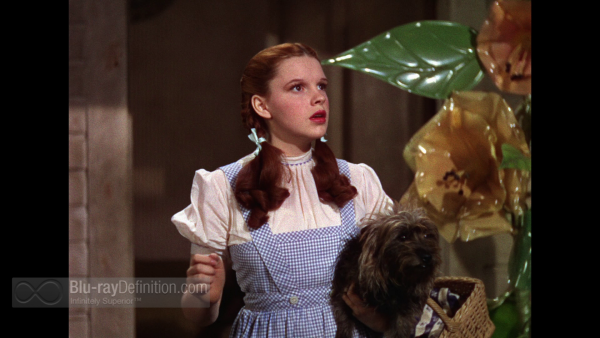 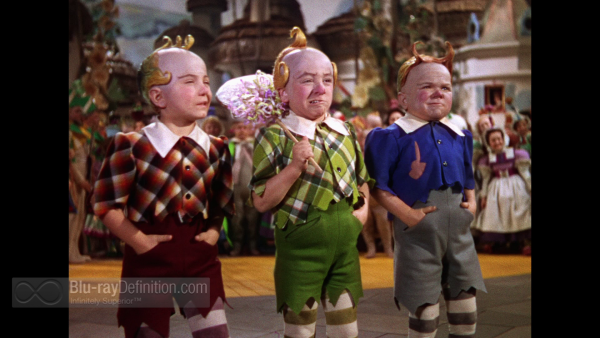 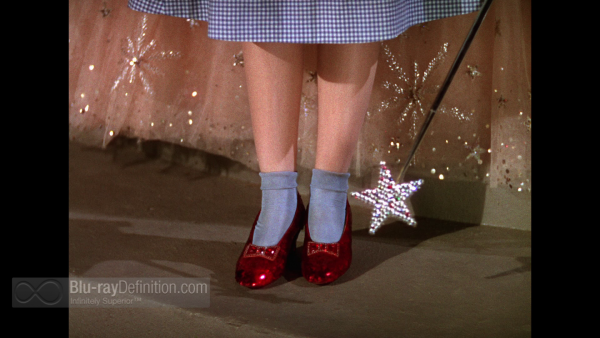 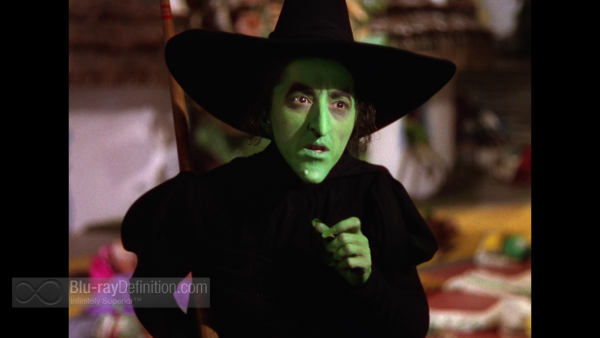 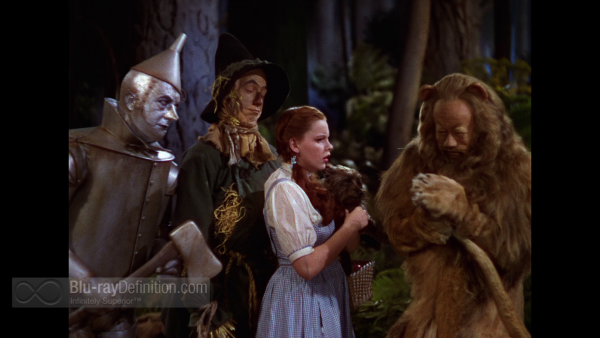 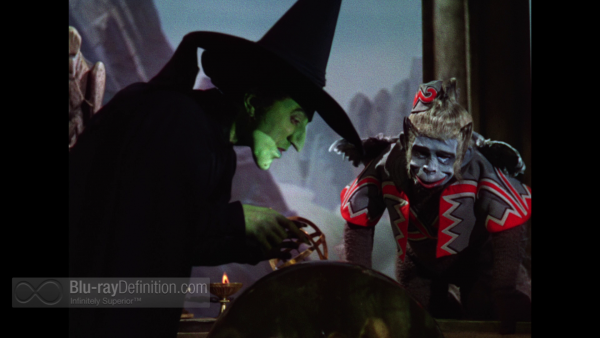 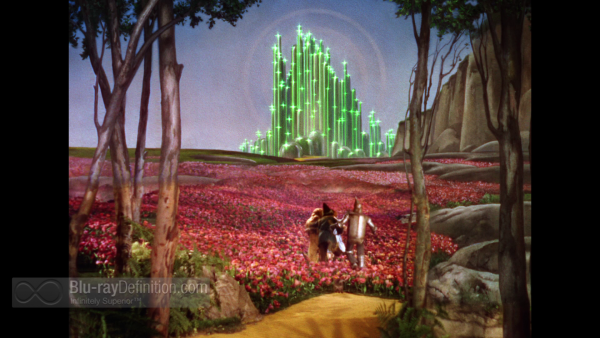 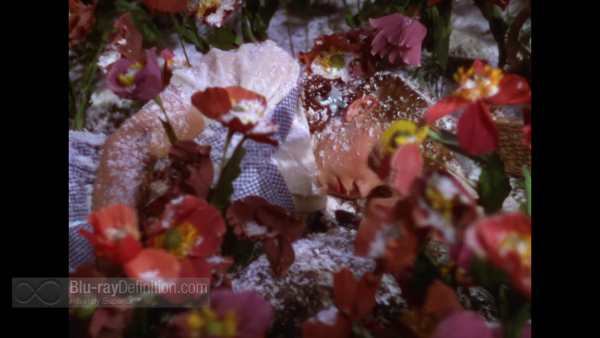 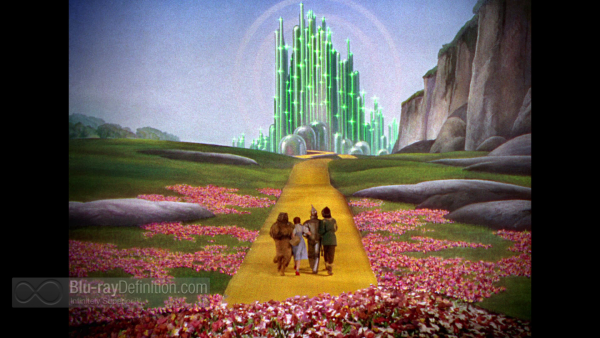 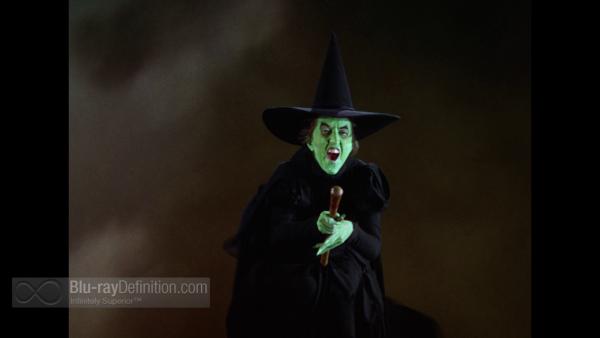