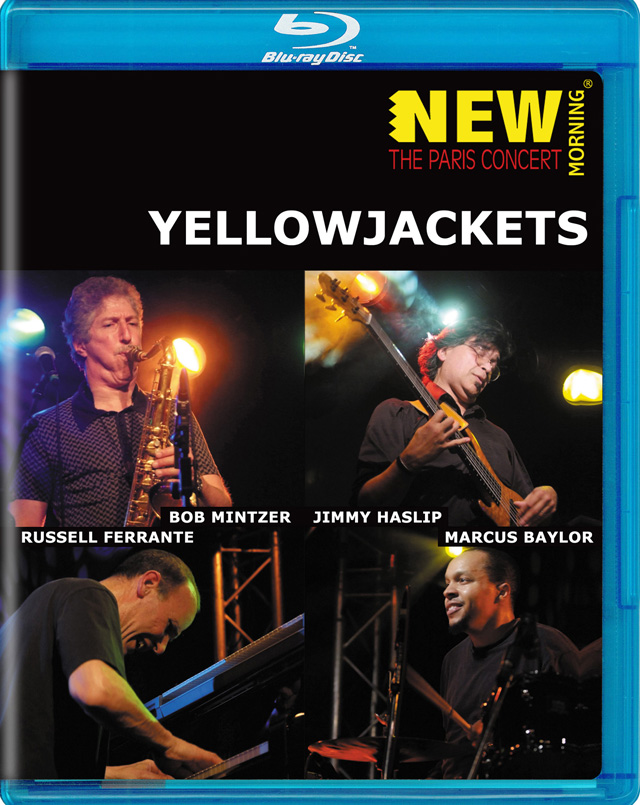 Originally formed in 1977 as the backing band for Robben Ford as The Robben Ford Group, Ford would leave to sign a separate deal and Yellowjackets, as they would come to be known, would develop in 1981 with Robben Ford gone and Marc Russo on sax in his place. The band would craft a style heavily influenced by R&B, but over the years, particularly after the replacement of Russo on saxophone by Bob Mintzer, Yellowjackets would move more and more towards a solid Jazz foundation in their music. 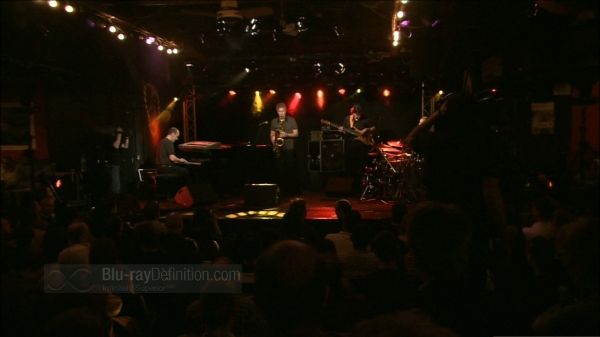 The band has now been together for over a quarter century, and in 2008 the famed Jazz Fusion quartet of Bob Mintzer, tenor sax and EWI, Russell Ferrante, piano and keyboards, Jimmy Haslip, bass, and Marcus Baylor, drums, got together at the New Morning to treat the Paris audience to this moving performance of Jazz. Pulling from various styles, be it bebop, Latin or fusion to funk and world music, Yellowjackets showed why they are numerous-times Grammy nominees and two-time winners.

My personal favorites from the evening are the South African sounding, “Capetown,” the bebop-heavy “Bop Boy,” “Freedom Land” and the prayerful “Healing Hands.” 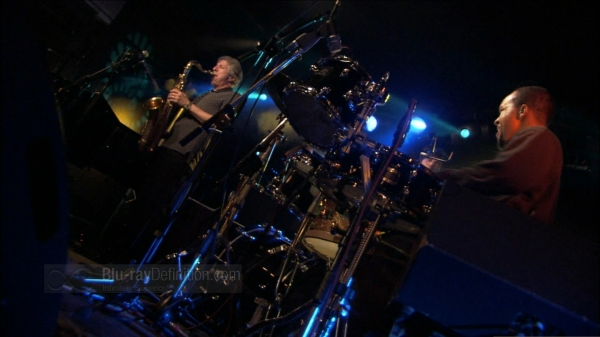 The original 1080i high definition recording appears on this release in a 1.78:1 VC-1 encoding from Inakustik.  Although this release looks a bit better than the Stanley Jordan Trio release I recently reviewed from Inakustik, there is still quite a bit of video noise and background details tend to look rather soft. The picture does have strong black levels, good shadow delineation, and a fine amount of detail in close-ups. There aren’t any noticeable motion artifacts or compression artifacts, so it is really more than good enough to go along with the excellent music and audio quality for this concert video release. 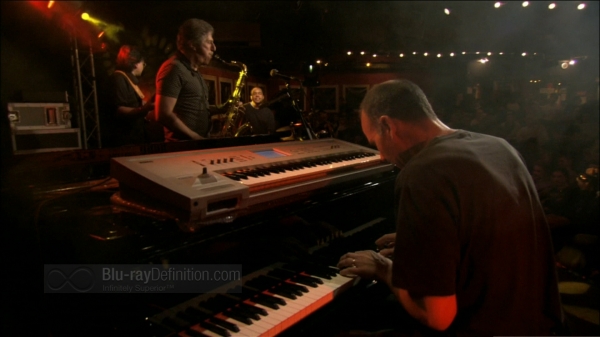 The DTS-HD MA and PCM options sound identical to me, and both offer well-balanced sound with good dynamic range and a fine amount of “air” around the instruments. Low frequencies are extended, but not boomy, remaining tight and musical. The piano and drums sound particularly natural and lively. High frequencies are laid back, if slightly tizzy, but not fatiguing. The midrange is punchy without being cluttered. The surround channels are filled with just enough ambience to widen the soundfield, but the reverberation is appropriate to the small Jazz club setting. I think most people will be happy with the results of this mix from Inakustik.

The Dolby 2.0 mix is a different beast. Although it remains relatively well balanced, the midrange breaks down a bit. The piano loses some of its clarity and the drum kit seems a bit more chaotic sounding. Moving on to the high frequencies, cymbals sound a little less natural and harsher than in the PCM and DTS-HD MA mixes. 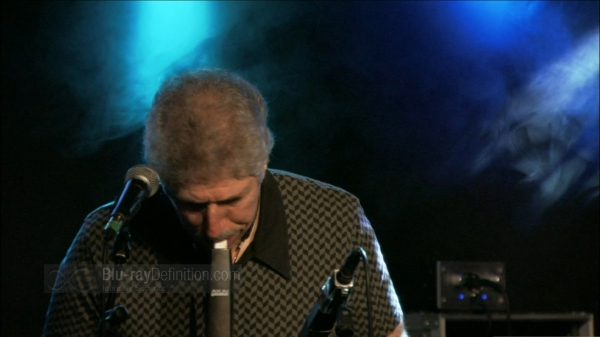 There is only one brief video supplement on this release entitled, Sound Check Sketches (1.78:1; 1080i/60; 0:07.42) — Wherein footage of the Yellowjackets’ sound check meanders by as the band discuss their history. 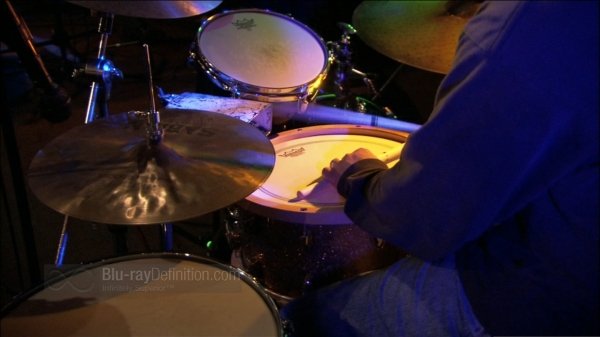