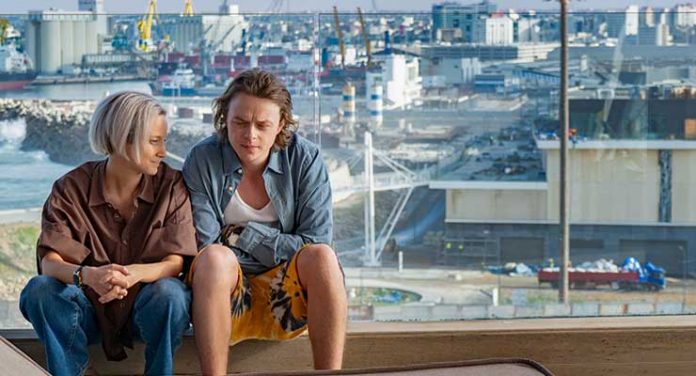 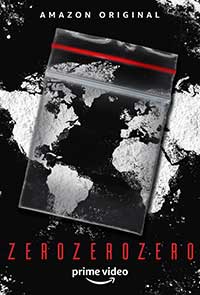 Given the current popularity of television crime shows featuring the international drug trade, it is not surprising that Amazon Studios came up with the series ZeroZeroZero, a title that refers to the highest possible grade of the cocaine.

The aging capo of the ‘Ndrangheta mafia, Don Damiano “Minu” La Piana (Adriano Chiaramida), is hiding in a reinforced underground cellar somewhere in Calabria. He is being pursued by the Italian police and contending with unrest within his organization secretly fomented by his grandson Stefano (Giuseppe Di Domenico).  Receiving a huge shipment of Mexican cocaine would certainly calm the nerves of the ‘Ndrangheta and secure the Don’s future. To this end, Don Minu will enlist the services of Monterrey, Mexico cartel jefes, the Leyra brothers, Jacinto (Flavio Medina) and Enrique (Victor Huggo Martin) and shipping magnate Edward Lynwood (Gabriel Byrne) has literally kept his business afloat for many years by transporting Mexican cocaine.

Lynwood’s daughter Emma (Andrea Riseborough) is now his assistant, while his pot-smoking son Chris (Dane DeHaan) who is in the early stages of Huntington’s chorea has been excluded from the family business.  The plan appears foolproof. The Leyra brothers will hand over five tons of pure coke to the Lynwood line transport vessel for 32 million dollars. Once the goods are received in Gioia Tauro, Italy, the Don will reimburse the Leyras for the full amount.

Things begin to go awry at the deal-sealing meeting in Monterrey when Stefano, Edward and Emma, and the Leyras get attacked by a group of Manuel’s (Harold Torres) Mexican special army forces. Lynwood is injured and eventually dies, leaving Emma in charge of the drug shipment.  Lynwood’s Chief Engineer (Julian Sedgwick) departs for Italy with Chris and the cocaine on board, but the CE has other plans, and sets the engine room on fire, leaving Chris to fend for himself as the rest of the crew escapes in a lifeboat.  In a flashback, we find that Stefano bribed the CE to sabotage the shipment to take down his grandfather. When Chris and his disabled vessel get towed into Dakar, Senegal, this simple project becomes very complicated as the port authority impounds the storage container filled with cocaine. Emma rejoins Chris and the pair eventually embark on a highly hazardous journey to the port of Casablanca with two trucks loaded with cocaine, determined to find another ship and to complete their late father’s mission. 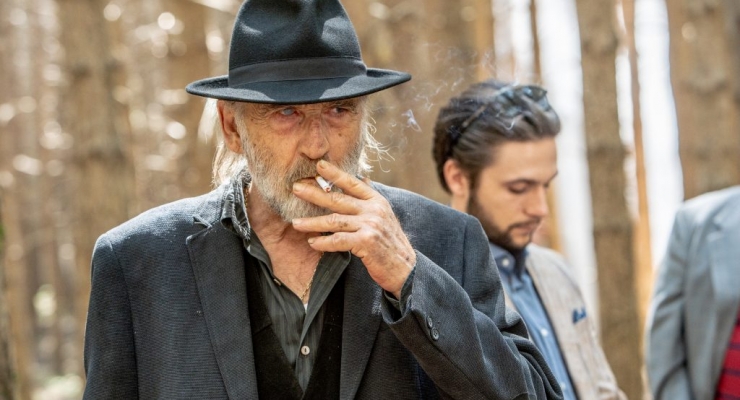 Back in Mexico, Manuel has left the military and, with five of his former army buddies, has started “The Firm” who take over the local drug-dealing business for the Leyras. When Manuel decides that he could make much more money on his own, he recruits  young traffickers for special forces training and they soon become part of his army, the “Vampiros.” There is an ultra-violent denouement, as cartel bosses become witnesses to their worst nightmare and the resourceful Emma works her way through one hardship after another, as she tries to complete the drug transaction and save her father’s shipping company.

ZeroZeroZero has a complex storyline spanning three continents and multiple locations that show creator Leonardo Fasoli. aided by six other screenwriters,  deftly ties together. There are occasional fill-in-the-blanks scenes that help explain some of the plot twists while the shipment of five tons of cocaine moves inexorably onward. The pacing is taut, the dramatic tension is relentless, and impending peril constantly looms on the horizon.

The cast is simply remarkable with tour de force contributions from Andrea Riseborough, Dane DeHaan, Adriano Chiaramida, and Harold Torres. One could rightfully describe this show the Shakespearean summit of cartel series in its focus on family tragedies, double-crosses, and outright warfare. This series is extremely watch-worthy provided that you have the stomach for the graphic violence, brutality and gore that permeates nearly every episode. There is already considerable buzz about Season 2 but, for now, viewers need to rest content with a superb crime series. Highly recommended.