Androgynous teenager Kato Hoeven (Lynn Van Royen) freaks out when she awakens to find her blood-soaked, lifeless body in the bathtub of Room 108 of the Hotel Beau Séjour. Kato’s failure to return home worries her mother, Kristel Brouwers (Inge Paulussen) whose tightly wound (and violent) husband Marcus Otten (Jan Hammenecker) tries to reassure her. Kristel next questions her alcoholic ex-husband, schoolmaster Luc Hoeven (Kris Cuppens), about Kato’s whereabouts, as he might have been the last person to see her alive at the village sharpshooting festival. The young girl had just broken up with motocross champion Leon Vinken (Maarten Nulens) on the final day of her life.

Kato comes home and freaks out again when her mother cannot see or hear her. Fortunately, she finds five people that can see and converse with her: her father Luc, Leon’s psychologically disturbed cousin Charlie Vinken (Joren Seldeslachts), her step-sister Sofia Otten (Charlotte Timmers), her best friend Ines Anthoni (Joke Emmers), and Detective Alexander Vinken (Johan van Assche), Charlie’s father and Leon’s uncle. Much later, we will get the connection that gives these five characters access to the young woman’s ghost. 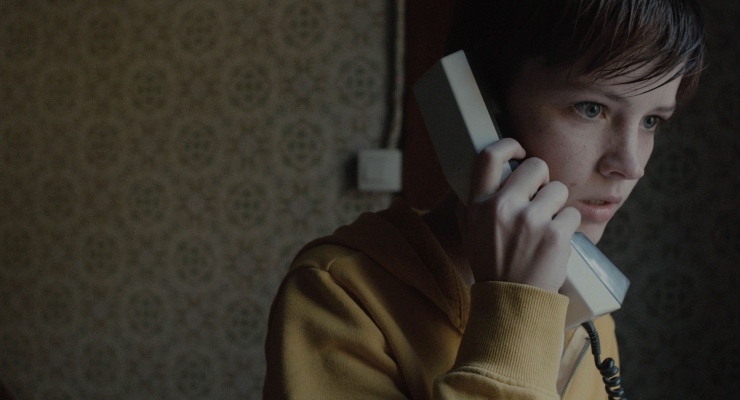 In a rather grisly scene, after Kato witnesses her own autopsy and overhears the pathologist mention that she had “XTC” (the drug ecstasy) in her system, she begins to play detective herself. Meanwhile, Alexander is hurriedly trying to ready the Beau Séjour for its grand reopening by renovating Room 108 and spending way too much time with his brother Boris’s widow and the hotel’s owner, Melanie “Nieke” Engelhoff (Barbara Sarafian). Local villager and self-anointed “psychic” Jef Dewael (Dirk Hendrikx) has a vision of the murder site. When he shares this “info” with Inspector Schneider, she and Plettinckx visit the hotel and find traces of blood spatter in Room 108’s bathtub.

As this ten-episode neo-noir Belgium crime thriller progresses, the women inspectors continue their investigation but, outside of identifying the crime scene, they are getting nowhere fast. Schneider visits her mother Beate (Renee Fokker), a child psychiatrist, to see if there is a connection between Kato’s murder and the disappearance of another village girl, Claudia Wit, five years earlier that followed the same shooting festival party. Lo and behold, the inspector finds that Claudia spent her last night in the same hotel room! After another tragic event occurs, the list of suspects expands and the two inspectors are back in business.

Much in the same spirit of the Belgian neo-noir series, The Break (La Trêve), Hotel Beau Séjour probes the characters of villagers that are quite interconnected and who harbor plenty of deep, dark secrets. The twist here is that the main character is a dead girl who returns, well sort of, to solve her own murder mystery (think Ghost). Along the way, the town’s pervasive drug traffic is exposed, and, hint, hint, it might just lead to the connection between the victim and her five “viewers’. Hotel Beau Séjour is a binge-worthy show in which things are often not as they seem and, if you can believe in ghosts (or if even if you can’t), it will keep you thoroughly engaged for the eight hours that follow. By the way, don’t ignore the lone black horse that weaves in and out of the episodes. Netflix scores again by streaming this disturbing series right into the comfort zone of your media room. Highly recommended.

Hotel Beau Séjour: Season One is available for streaming in its entirety on Netflix.