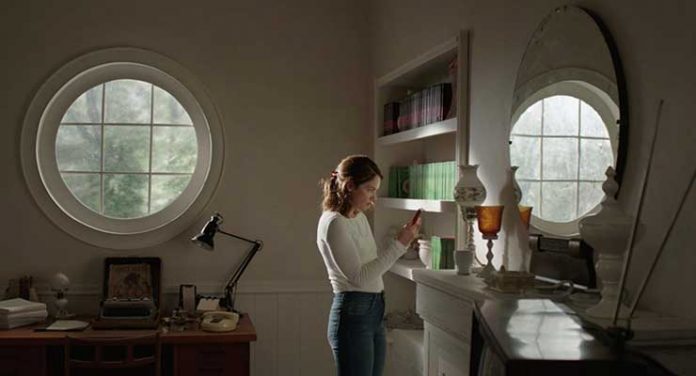 “I have heard myself say that a house with a death in it can never again be bought or sold by the living; it can only be borrowed from the ghosts that have stayed behind.” So begins I Am the Pretty Thing That Lives in the House presaging a film that will be the retelling of a ghost story. In this case, the “rotted ghost” resides in a house that stands at the end of Teacup Road in Braintree, Massachusetts.

Lily Saylor (Ruth Wilson, Saving Mr. Banks) is a young hospice nurse who moves in to care for the elderly Iris Blum (Paula Prentiss, Where the Boys Are), a very successful writer of horror novels, “the kind of thick and frightening books that people buy at airports and supermarkets.” Lily, the “pretty thing,” is the film’s narrator and informs the viewers in the first five minutes that she is 28 years old and will not reach age 29.

It is not long before Lily hears things that go bump in the night, and the real shivers begin. Lily has now spent nearly a year in the house and Iris insists on calling her Polly, one of the characters in her book, “The Lady in the Walls.” Mr. Waxcap (Bob Balaban, Gosford Park), the Blum estate conservator, gives her some background on the house and what will happen become of it after Iris dies. When the young woman begins to read Iris’s book, she discovers Polly Parson’s (Lucy Boynton, Miss Potter) perhaps not so fictional identity, and the retelling of the dead girl’s story provides material for the film’s next chapter. 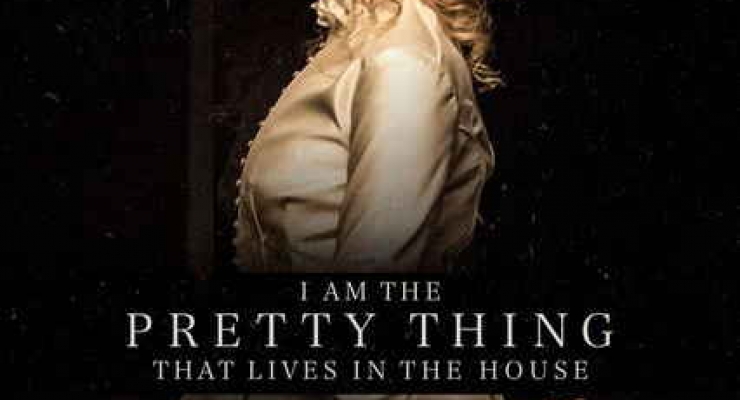 As more time passes, the “pretty thing” becomes increasingly fixated on this house and its intrinsic noises. A growing defect on one of the walls begins to get on Lily’s nerves and she finally contacts a contractor to repair it. On a visit to one of the house’s many closets, she finds a sealed packing carton that, of course she opens without permission (after all, this is a horror film) and finds a mildewed box that contains a very old handwritten account of how Polly’s life ended.

As the film moves inexorably forward, the question of what will happen to Lily may seem to be as a foregone conclusion as it was for Polly so many years earlier. Will she become another “pretty thing” eternally doomed to a spiritual limbo? Will Mr. Waxcap make a startling discovery when he returns to check on Iris and Lily? Or better yet, before you reach the conclusion of this torpidly paced haunted house flick, will you even care?

Writer/director Oz Perkins (The Girl in the Photographs) is the son of the late actor Anthony Perkins of Psycho fame and even played a young Norman Bates in Psycho II. While this film had great chiller potential with its dark and creaky elements, ghostly noises, and a backstory of a brutal murder, that is about as far as it goes.  I was hoping for something more suspenseful with numerous plot twists like The Skeleton Key or, more recently, The Caretaker but I Am the Pretty Thing had none of those ingredients. Paula Prentiss’s quasi-cameo appearance as a bizarre old lady comes to naught while, from the start, Ruth Wilson’s Lily was undermined by a script without much character development or real fear factor. This is a readily skipped Netflix Original that failed to live up to its promise of being a good old-fashioned ghost story.