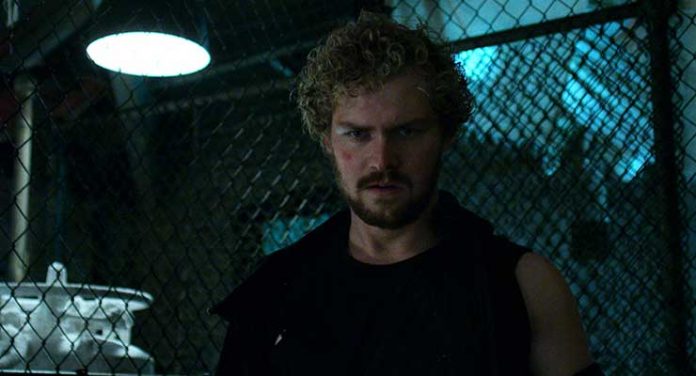 Another Marvel Comics character gets his own Netflix Original TV series. Barefoot Danny Rand (Finn Jones) returns to New York after spending 15 years in K’un-Lun living with Buddhist warrior monks. He possesses extraordinary martial arts skills and has become the legendary “Iron Fist.” The only problem is that Danny, his father Wendell (David Furr) and mother Heather (Victoria Haynes) all supposedly died in a plane crash in the Himalayas. The Rand Corporation was then taken over by Wendell Rand’s partner, the late Harold Meachum (David Wenham), and is now being run by Harold’s nasty son and drug-addict Ward (Tom Pelphrey) and daughter Joy (Jennifer Stroup). The Meachum siblings realize that their exclusive hold on this corporate empire is threatened by Danny’s return from the dead.

After failed attempts on Danny’s life, there is an abortive effort by the Meachums to have him declared insane and committed. Fortunately, he meets kick-ass sensei Colleen Wing (Jessica Henwick) and gets temporary digs in her dojo, as she becomes a reluctant ally (and eventual love interest). Joy overcomes her initial doubts about Danny’s identity and realizes that Rand is who he claims to be.

As the series progresses, a very much alive Harold (Ward alone knows of his father’s condition), still calls the company’s shots from his secluded penthouse. Aggressive attorney Jeri Hogarth AKA “J Money” (Carrie Ann Moss) tries to aid Danny’s cause but when he unexpectedly gains access to Harold’s apartment, father Meachum orders Ward to make Danny the majority shareholder in the Rand corporation. We find out that, with help from “The Hand”, a secretive and ubiquitous underworld syndicate, Harold’s terminal cancer was miraculously cured, but only on condition of his complete loyalty and sequestration from the outside world. The Hand is now using the Rand Corporation pier to further its business interests; in this case, to funnel large shipments of synthetic heroin into New York. 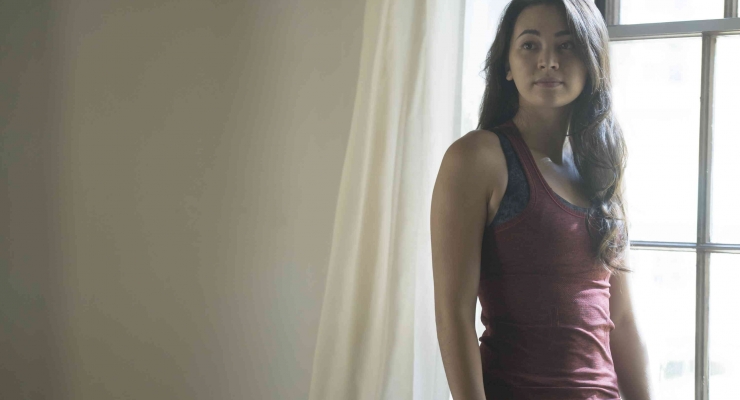 This series places one obstacle after another in Danny’s path but the “Iron Fist” rarely loses his battles. He surmounts a challenge from the Hand and contends with a tag team of worthy warriors: the Veznikov brothers, Andrei (Nikita Bogolyubov) and Grigori (Stan Demidoff); the Bride of Nine Spiderrs (Jane Kim); and Scythe (David Sakurai). Danny kidnaps Hand leader Madame Gao (Wai Ching Ho) and tries, unsuccessfully, to get her to tell the truth about his family’s fatal plane crash. We also meet Lei Kung (Hoon Lee), Danny’s spiritual mentor, as the conflict with The Hand escalates. Hand operative Bakuto (Ramon Rodriguez) and the assassin Davos (Sacha Dhawan) are the next in line to interfere with Danny’s efforts to regain his chi. We are also far from done with the machinations of the Meachums within the Rand Corporation. After continual twists and turns in a series, populated with characters often too numerous to count, Iron Fist punches its way to the finish line, but, as we could have guessed by now, there are lingering unresolved issues at the final episode’s conclusion.

I have now watched several Marvel series, courtesy of Netflix Originals, and Iron Fist is burdened with a script that is clearly below the bar set by its predecessors. Afterlife references, spiritual epiphanies, and other supernatural allusions aside, this 13-episode series is weighed down by a central character who is a likable but rather dull do-gooder, numerous uninspired fight sequences, and a storyline that meanders, occasionally plods, and becomes overly complex as the show progresses. Fortunately, it looks like the Marvel-Netflix collaboration intends to up its game with The Defenders series that reunites Jessica Jones, Daredevil, Luke Cage and, yes, the Iron Fist in August 2017.

Marvel’s Iron Fist: Season One is available for streaming in its entirety on Netflix.