In the latest Netflix Original Series out of Japan, Million Yen Women, Michima Shin (Yojiro Noda) is a lonely, laconic 31-year-old writer whose three published novels have sold poorly. To satisfy his occasional carnal desires, Michima visits young call girl Hotaru at the “Soapland Comfort Club.” The novelist’s world is clouded by a dark back-story. His father is on death row for murdering his wife, her lover, and a first responder police officer. Michima’s fax machine sends him anonymous daily death threats (we do eventually find out their source). Suddenly, he finds himself living with five young women each of whom received a mysterious invitation to move into his home and pay one million yen ($10,000) rent monthly, hence the series’ title.

Each of the five women in Million Yen Women has a present and a past. Minami Shirakawa (Rila Fukushima) runs the high-end Call Girl Club and is a nudist at home. She was sexually abused by her father and has never had another sexual relationship. Hitomi Tsukamoto (Rena Matsui) is a cheerful student and yoga practitioner whose late father Hibiki Ojie was a famous writer. Yuki Kobayashi (Miwaki Magatsuma) is a reserved married woman who was formerly a housemaid and whose husband is the much older, very prominent Keisuke, now on life support. Midori Suzumura (Rena Takeda) is a high school student who won her way out of an orphanage with a one billion yen lottery ticket. Nanaka Seki (Yuko Araki) is a famous film actress who has been compelled to portray characters that she does not like. There are strict rules of engagement in the house: (1) No personal questions; (2) Shin cannot enter their rooms; (3) every one eats dinner together. Putting this many women in close contact with a single man has the potential for some of the interesting plot complications that follow. 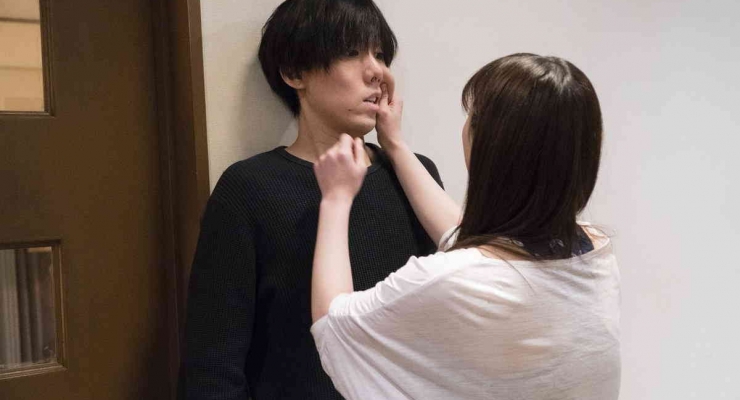 Sakurai, Shin’s editor, keeps encouraging him to write but the literary world is pretty cutthroat, and Michima keeps getting savage reviews from critic Ryushi Moriguchi whose protégé Yuzu Hanaki’s books are mindless bestsellers. “Michi,” as Nanaka calls him, begins  work on his new novel “Drifting Emotions” but with little hope that it will fare any better than its predecessors. A frequently stated message in Shin’s works is that “no one dies in my novels.” Hitomi insinuates herself into the committee that will select the prize-winning author for this year. “Michi” begins to write at a feverish pace. After he completes “Drifting Emotions” the novel wins the annual Japanese book award and his life is permanently transformed.

This apparent rom-com series takes a very dark turn, eventually leading to murder, as the source and implicit hazards of the women’s mysterious invitations are finally revealed. Million Yen Women is a slow-burning show that is quite characteristic of the television series adapted from manga genre. The cast’s five women are the most interesting characters in the series and provide deliberate contrast to Noda’s expressionless antihero. Clear shots are fired at the supposed Japanese literati who come across as a self-serving bunch of effete snobs. The superficiality of the publishing industry is also skewered, as the soaring sales of Shin’s book are driven by the media coverage of the ensuing tragedies experienced by his “entourage.” The manga genre might be an acquired taste for Western viewers but if you stick with this show, you will eventually be touched in the right places and for all the right reasons.

Million Yen Women is available now for streaming on Netflix.