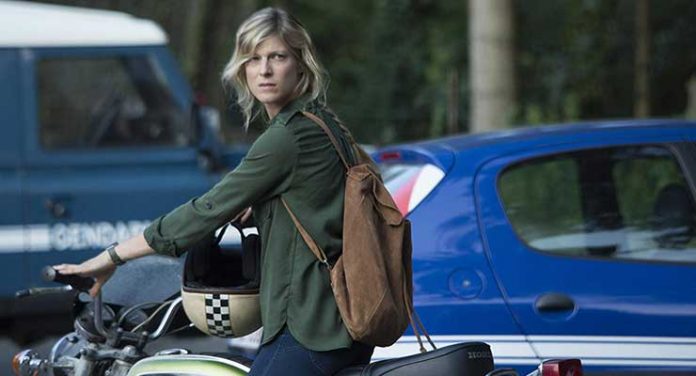 In the Netflix Original acquisition The Forest, the sleepy little town of Montfaucon, nestled at the edge of the Ardennes, gets  a new chief of police, Captain Gaspard Decker (Samuel Labarthe) who, unlike his local gendarmes, plays everything by the book.  Almost immediately, Decker is thrown into a high-profile case, when a high school student, Jennifer Lenoir (Isis Guillaume) disappears in the Bois du Fays. The last known contact Jennifer makes is a frantic call to her French teacher Eve Mendel (Alexia Barlier).  Eve reports this to Decker and Lieutenant Virginie Musso (Suzanne Clement). When Jennifer’s nude body is found buried in the forest, this six-episode mini-series takes on a dark tone that will persist until its finale.

Everyone in the village seems to have a backstory. Eve was a feral child adopted by Dr. Abraham Mendel (Christian Crahay) who found her naked in the forest and although she has had considerable therapy, she is still damaged goods. When the town drunk Thierry Rouget (Patrick Ridremont) was a teenager, he accidentally killed Dr. Mendel’s family and has never done the appropriate penance. There is a connection between Jennifer,  Océane (Ines Bailly) the daughter of Thierry,  and Maya Musso (Martha Canga Antonio), Virginie’s adopted daughter. The police investigation reveals that the three girls had an online relationship with a mysterious “Henry V” via a website that connected them to older men who then bid for their sexual favors.  Soon afterward, Maya and Océane go missing and, thanks to DNA evidence, Virginie’s husband, Vincent Frederic Diefenthal), gets outed as Jennifer’s clandestine lover and was possibly the last person to see her before she was murdered. 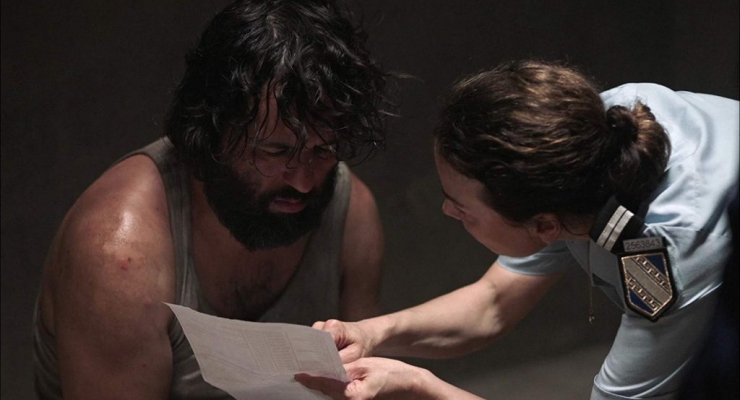 The police think that they have caught Jennifer’s killer when they arrest a mentally disturbed hermit Manao Willem (Gaetan Lejeune) who lives in the forest, but this trail goes cold when he escapes from his cell and is later found hanged at Eve’s house. Meanwhile, Eve has found buried human remains that are identified as a local girl who disappeared ten years earlier, and a much older skeleton that could be her long-lost mother. Captain Decker now ramps up his search for a serial killer who may have lurked in the Ardennes forest area for years. A “who-would-have-guessed it” ending finally ties up a number of loose personal ends and makes Montfaucon once again a safe place for its young girls.

This brooding neo-noir series is very much in the same vein as the well-received Belgian series, La Trêve (The Break), one that also uses a dense forest as its dramatic backdrop. Delinda Jacobs is a veteran crime-thriller scriptwriter and this is evident in the way that she gradually develops her characters and generates the show’s slow-burning suspense, as each episode brings new twists in the storyline. Unlike many contemporary American crime shows, there is relatively little onscreen violence. The detailed focus on families and their so-called friends makes the protagonists and their dramatic motivations quite credible. The strong female leads, Clement and Barlier, carry the day and successfully offset their rather dull and emotionally stunted male counterparts.  Crime show fans will definitely appreciate that real police work is often a plodding affair and, unlike much televised crime fare, does not neatly wrap up complex cases in the span of one hour.  A highly recommended import from Netflix Originals.