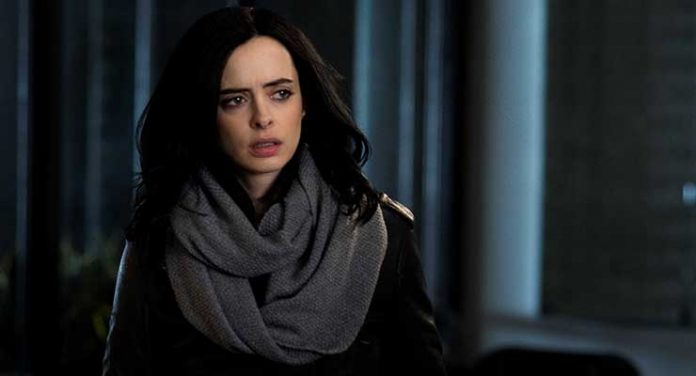 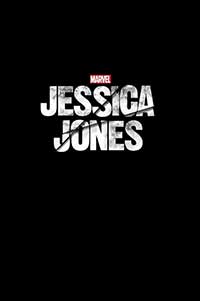 Will Marvel’s “marvels” never cease? This comic book franchise has spawned enough superheroes to boggle the minds of mere mortals like the rest of us. The heroine of Marvel’s Jessica Jones is like many of her Marvel predecessors and possesses the usual assortment of character flaws and super powers. Netflix has now provided this damaged superhuman with her own streaming series that  recently completed its first season.

Edgy actor Krysten Ritter (Don’t Trust the B—- in Apartment 23) plays Jessica whose tragic backstory emerges through a series of flashbacks. Orphaned in a car wreck that she inadvertently caused and a sentinel event that leaves her with superpowers, Jessica is adopted by the well-to-do family of Trish Walker (Rachael Taylor, 666 Park Avenue). Trish was a very successful former model and child star (“It’s Patsy”), and has become the most popular radio host in New York. Jessica has become a heavy drinking, often out of control, private investigator

bashed in on a regular basis.  But her apartment door is not the only damage meted out as Jessica is frequently covered in cuts and bruises from the various misadventures in which she finds herself.

Much of Jessica’s current troubles stem from a previous close encounter with  Kevin Thompson AKA Kilgrave (David Tennant, Dr. Who), a twisted genius that has the “gift” of mind control. In an early episode, our young investigator hooks up

. Unfortunately Jessica reveals a deep and dark secret to

Luke that ultimately tears this couple apart. Several other important characters inhabit this

with Trish. As frantic efforts to stop Kilgrave multiply, the menacing mind-controller continues

to coerce innocent victims to commit horrific crimes, such as young Hope Shlottman (Erin Moriarty) who murders her parents. The unfolding of the Jessica Jones-Kilgrave obsessive love-hate relationship

is at the very essence of this first season, and there are scenes between them that will make viewers cringe.  (Warning: Be prepared for numerous adult situations, a truckload of violence, maiming and bloodshed, and a torrent of foul language).

If this all sounds somewhat over the top, it is very much in keeping with the Marvel film tradition. Each of the thirteen episodes raises the personal stakes for its principals, culminating in a season finale that will probably not surprise many viewers, but will definitely leave them wanting much more

of the same. In spite of

the numerous writers and directors involved in the production

, the consistency of script and direction

than good enough to propel the forward motion of this neo-noir series. Given one of the strongest casts ever assembled for a Marvel Comics film production, Marvel’s Jessica Jones puts much more on the entertainment table than what sci-fi fans usually get. While never a Marvel superheroes fan myself, I have now joined the ranks of the many who have watched this series and can hardly wait for Season 2, due out later this year.