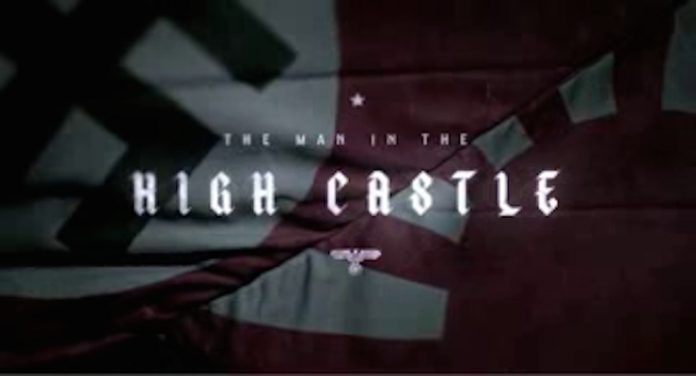 Suppose you woke up in a 1962 America that had lost World War II to Germany and Japan 15 years earlier, and that was, like Caesar’s Gaul, now divided into three parts: West (Japanese Pacific States), East (Greater Nazi Reich), and Middle, the “Neutral Zone” consisting of mostly Idaho, Wyoming, Colorado, and New Mexico. That is the premise of Amazon Studio’s The Man in The High Castle based on a 1963 novel by sci-fi author Philip K. Dick whose work has previously been adapted for films such as Blade Runner and A Scanner Darkly.Like many revisionist history flicks, the story unfolds through some of its main characters. San Franciscan 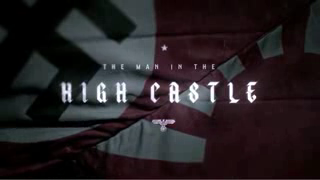 Juliana Crain (Alexa Davalos) is an aikido expert and daughter of a WW II soldier killed by the Japanese. She now works for the Pacific States Japanese trade minister (and widower), Nobusuke Tagomi (Cary-Hiroyuki Tagawa). Juliana’s life is complicated by her on-again-off-again relationship with Frank Frink (Rupert Evans) a factory worker who makes nonfunctional replicas of “antique” American handguns for the Japanese upper crust. Frink’s secret is that he is Jewish, a trait punishable by death under this new government. Frank’s best buddy Ed McCarthy (DJ Qualls) is the loyal factotum who often provides assistance when trouble occurs.

Further complications happen when Joe Blake (Luke Kleintank), a Nazi double agent, becomes involved with Juliana and then meets the Smith family headed by father John (Rufus Sewell), a highly placed American Obergrüppenfuhrer. A “resistance” movement led by Karen (Camille Sullivan) and Lemuel Washington (Rich Worthy) seeks to obtain an underground newsreel that supposedly depicts a far different outcome to WW II and that may have already cost a number of resistance members their lives. As Karen and Lemuel vie with Joe and Juliana to get this film, we are introduced to the underworld of Taishi Okamura (Hiro Kanagawa) and his Yakuza who control the black market, drugs, and prostitution. After an assassination attempt is made on the Crown Prince of Japan (Daisuke Tsuji), the thinly veiled animosity between the Japanese and German overlords resurfaces and makes things tense for the remaining episodes.

In addition to the above-mentioned cast members, each episode is populated by fine supporting characters that include a brilliant turn by Joel de la Fuente (Chief Inspector Kido), the relentless leader of the Kempeitai (Japanese secret police), and Ray Proscia’s chilling portrayal of high-ranking Nazi official Reinhard Heydrich. And yes, there are even brief “cameos” by an elderly Adolph Hitler (Wolf Muser) who appears to have been relegated to the political background.

This ten-episode series offers up a jigsaw puzzle of events, real or imagined, that move inexorably to the first season’s dramatic peak, and presents a dystopian view of American life as it might have been had the axis powers prevailed. While numerous directors (only Daniel Percival directs more than one episode) and writers (led by Frank Spotnitz of The X-Files) participated in this production, there is excellent coherence in style throughout the various episodes. Readers of Dick’s original novel will notice a number of differences in both storyline and characters but these do not really detract from what we see and hear on the small screen. Viewers better be prepared for a lot of darkness (many of the scenes take place at night) and cinematography that is frequently bleak and brutal, knowing that the series “TV-MA” rating is richly deserved. Given its excellent cast, taut pacing, and superb period costumes and sets, The Man in the High Castle now makes us very impatient for the start of Season Two, later this year.