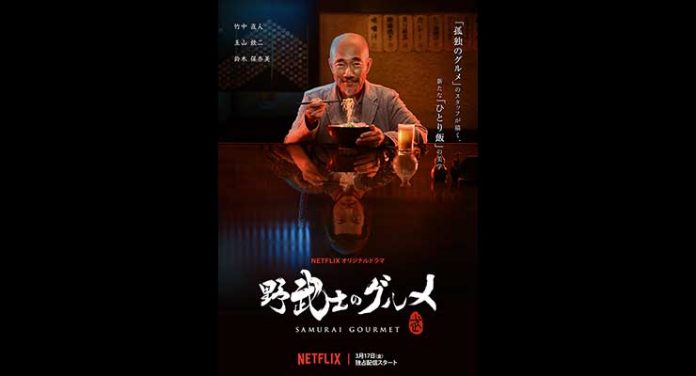 Kasumi Takeshi (Naoto Takenaka) is a retired sixty-year old Japanese man who lives with his very attractive, younger wife Shizuko (Suzuki Honami). With 30 years of corporate work under his belt, Takeshi is now looking for some purpose to his “new” life. One morning, he begins to understand that the rules of the business world no longer apply to him. Next, he acquires an alter ego, the Samurai (Tamayama Tetsuji) who makes subsequent appearances in Kasumi’s dining establishments where the sets and costumes are briefly transformed into those of ancient Japan as the warrior “rights the wrongs” of the moment. Beginning with “Mid-day beer at the restaurant,” Takeshi realizes that he can drink any time of day that he damn well pleases. As he orders his first retirement meal with beer, his inner-Samurai is released, and a new day dawns for the old retiree.

Takeshi’s imaginary Samurai opens up the pleasures of gourmet dining and takes actions that the prim ex-businessman would never dare to do himself. His next adventure finds the old man in a ramen noodle restaurant run by a striking and scary older Chinese woman,” Madam Devil,” that he eventually flees for the comfort and safety of his own home. 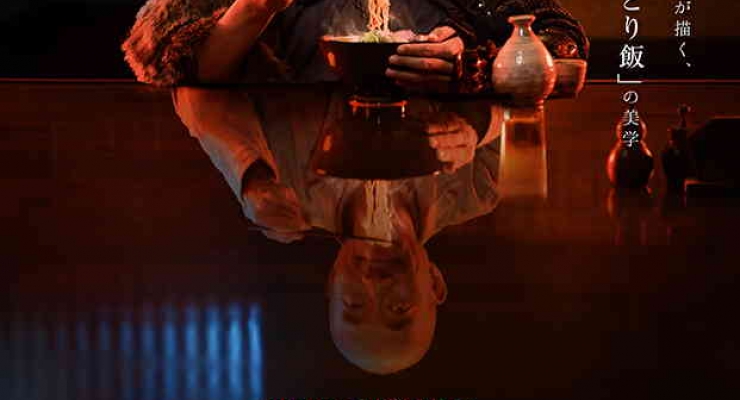 Other “adventures” include an awkward generation-gap dinner with his young niece who, against her father’s wishes, is considering a career as a pop musician. Next, Kasumi gets a  gig as a film extra but his catered bento lunch gets an interminable wait as the shoot keeps getting delayed due to the obstinacy of a self-centered actress. A subsequent visit to a bookstore sends the elderly man to an old-fashioned coffee shop where he reads and reminisces over a plate of noodles. A particularly humorous episode finds an out-of-place Kasumi contending with the menu and manners of a high-end Italian restaurant. As the series proceeds, the Samurai continues to show up (usually to resolve a conflict) and Kasumi continues his frequent journeys down memory lane that are usually occasioned by the food and restaurants that he seeks out.

In a similar vein to Midnight Diner, another manga-based Japanese series, Samurai Gourmet is centered on dining experiences. The central character is “cooked” to perfection by veteran comic actor Takenaka who, with his eyes often closed in delight, savors every morsel of food and sip of sake and utters “umai” or “oishi,” both terms for “delicious.” Samurai Gourmet places extensive visual emphasis on the preparation of an endless array of traditional Japanese dishes that include pig’s lung and beef cartilage. Of interest to American viewers will be this show’s portrayal of contemporary married life in Japan. Rather than conveying the image of the shy, retiring housewife of the yesterday, Shizuko is self-reliant, outspoken, and stands on equal grounds with her husband.

Samurai Gourmet is a well-scripted and smartly directed 12-episode series that is anchored by the strong performances of its principals. Food Network fans should really enjoy this series even though the Samurai dramatic device may wear a bit thin for some viewers.

All 12 episodes of Samurai Gourmet are currently available for streaming exclusively on Netflix.