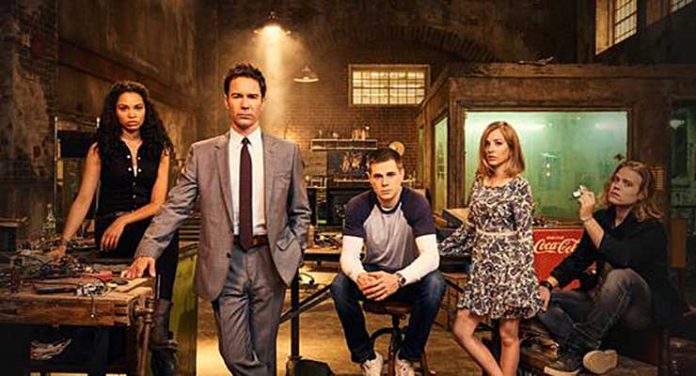 Time-travel shows are all the rage this season on the major television networks and streaming services. The Netflix Original contribution to this sci-fi genre is Travelers, a 12-episode Canadian production created by Brad Wright (Stargate SG-1). The show is set in the 21st century and we are soon introduced its five principal characters:

These five dead people have been “taken over” by a group of time-travelers from the future who are returning to the present to alter the course of history. Agent MacLaren tracks down the other four “travelers” and, after “dying,” he becomes their leader and finds their identities, their objectives, and how they entered their recently deceased “hosts.” The travelers discover their new lives are becoming quite complicated as they must balance their missions and their “personal” lives: Grant and wife Kat (Leah Cairns), Trevor and “girlfriend” Rene Bellamy (Alyssa Lynch), Carly and her “son” Jeffrey, Marcy and her well-meaning social worker David Mailer (Patrick Gilmore). In addition, the travelers must cope with their hosts’ medical problems like Philip’s drug addiction or Marcy’s seizure disorder. On the other hand, each traveler has unique talents that the corresponding host did not possess: medical knowledge (Marcy), tactics (Carly), computer skills (Trevor), and informatics expertise (Philip). By the way, the traveler numbers refer to their entry into the program and relative importance. 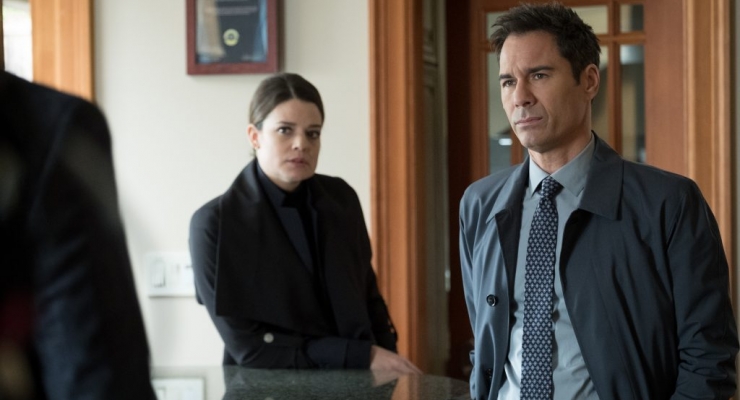 The unseen “Director” who runs the travelers program has a “grand plan” as well as a list of protocols limiting what travelers can and cannot do (“do not give a life or take a life”). The ensuing episodes track the travelers’ missions to alter the future like preventing the detonation of an uncontained anti-matter device (Episode 2) or launching a counter attack on Comet Helios 685 that will threaten the Earth (Episode 6). The traveler team receives occasional messages in the form of geographical coordinates from such unlikely sources as a little Girl Scout, a boy with a basketball, and a dying Russian Mafioso. As if difficult missions were not enough, another traveler, teacher Grace Day (Jennifer Spence), informs the team that there are “rogue” travelers or “The Faction” that disagree with the Director’s decisions and could prove quite dangerous to them. In each episode, a number of travelers, already in place, intimate that the unaltered “future” does not appear to be very bright. As Season 1 races on a roller coaster ride to its conclusion, the identity of the Director is eventually revealed but plenty of loose ends remain.

In this tautly paced and suspenseful sci-fi series, the teams of writers and directors have given us well-developed characters that balance the exigencies of daily life in the hosts that they occupy and the dogged pursuit of their missions to save the world from itself. Brad Wright has a real knack for creating futuristic series and Travelers does not rely on “time jumps” but rather sticks to a linear storyline solidly in the present. If the on-screen time-date stamp device showing a new host’s death and “rebirth” gets a bit old, this is only a minor blip in a series that, in the same spirit as Glitch and The Returned, surely merits a Season 2 in 2017 to address the lingering questions of the final episode.

All episodes of Travelers: Season One are currently available for streaming on Netflix.