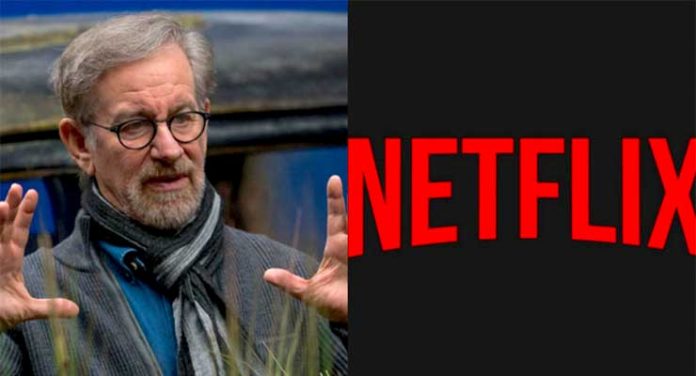 March 1, 2019.This may come as no surprise to many in the film community that the Hollywood legend, director Stephen Spielberg, has taken on the streaming giant Netflix for Roma, a Mexican film that received several Oscar nominations, including Best Picture and Best Foreign Language Picture. Before airing on the Netflix network, Roma had to meet all the following eligibility requirements:

At last glance, Roma met all the above criteria as well as the numerous other requirements to receive an Oscar nomination. Apparently that was not enough to satisfy Spielberg who contended that since the film did not meet a “traditional” distribution model before airing on Netflix, it should have been considered a “TV” movie and, therefore, should have only been a candidate for an Emmy. Spielberg is a major figure in the Awards Governors Board and is already stumping for a rule change that would exclude films like Roma from future Oscar consideration.

What really stuck in Spielberg’s craw was that not only was Roma considered by many Academy members to be an Oscar-worthy film but also that it won three awards. Another sore point was the vast amount of money that Netflix spent on advertising, far outstripping some of the other nominees like the Oscar-winning Green Book.

The model of distributing first-run films is changing, as a younger generation of filmmakers sees internet transmission as a better and more efficient means to deliver their creations to larger international audiences.  It is also no secret that for a monthly subscription fee, cineastes can take in unlimited numbers of recent films on Netflix at a fraction of the cost of seeing them in a movie theater. Apparently, Stephen Spielberg sees this as a threat to film festivals and to the tradition-bound viewing of first-run films on the big screen. Of course, this argument has been used before and, for a long time, resulted in a lengthy moratorium imposed on television networks before they were allowed to air recent theatrical releases.  In spite of the concern that television would divert filmgoers from attending movie theaters, the film industry did manage to adapt, and the two media worlds have been able to coexist for many years.

In my opinion, Spielberg’s stated stance is a clear vote for the past, as the distribution of entertainment content continues to evolve. Perhaps, the Hollywood crew might consider getting on board with the growing field of virtual reality and creating a really new theatrical experience before everyone has brought a set of VR goggles into the comfort of their own homes.