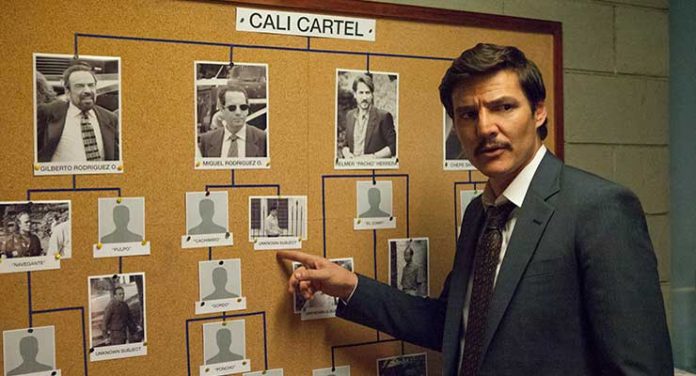 In a post Pablo Escobar world, Agent Javier Peña shifts to taking on the Cali cartel in the third season of Netflix’s hit narco drama Narcos, announced for a September 1st premiere for its upcoming third season.  Check out the first look images and announcement video below and read the press release for more details. 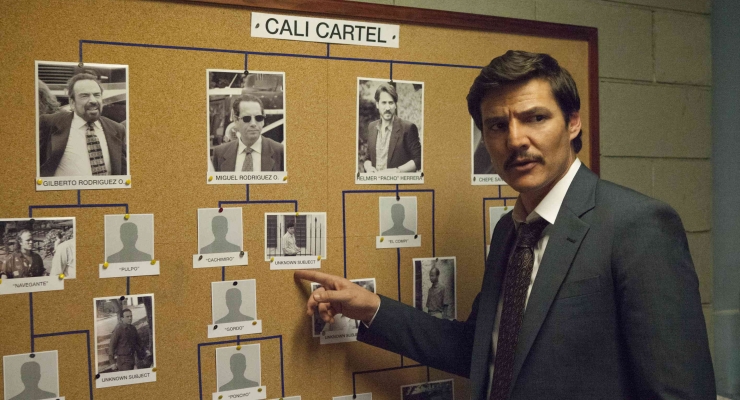 “Agent Peña, how much do you know about the Cali Cartel?” In a post-Pablo Escobar world, those final words spoken in the last season of the Netflix Original Series “Narcos,” foreshadow the upcoming season’s pivot into the corrupt, powerful, and wildly profitable world of Colombia’s Cali Cartel-the biggest drug lords you’ve probably never heard of.

Here is your first look at the Cali Cartel and the official date announcement video for season 3 of Narcos, premiering globally on Netflix on September 1.

Now that the bloody hunt for Pablo Escobar has ended, the DEA turns its attention to the richest drug trafficking organization in the world: the Cali Cartel. Led by four powerful godfathers, this cartel operates much differently than Escobar’s, preferring to bribe government officials and keep its violent actions out of the headlines.

Just as Gilberto announces a bold plan to walk away from the business, DEA agent Javier Peña (Pedro Pascal) enlists the help of American and Colombian law enforcement to take it down. This season opens up a complex and ruthless world of new figures.

Other new players include:

This time around, all rules have changed for the narcos and their opponents – a fact many won’t realize until it’s too late.