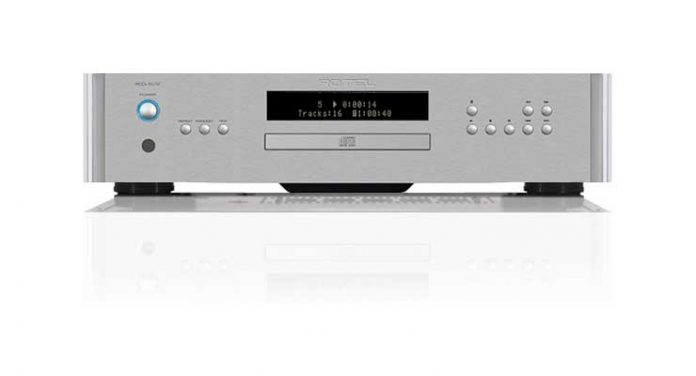 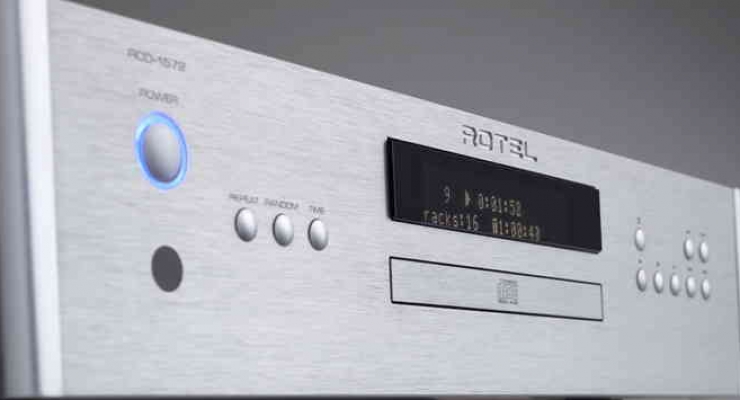 2 Photos
Rotel has been making CD players for many years so they know what they are doing and with the flagship Rotel RCD-1572 CD player the company has leveraged advances in digital wizardry for its 15-series flagship players. This year, the compact disc celebrated its 35th birthday and in spite of the growing prevalence of downloads, the CD is still rocking on with its bad self. Part of the reason for the silver disc’s persistence is that the newest generation of CD players has continued to improve their ability to extract music from these little guys and confounded the experts who predicted their extinction.

CD players are true plug‘n play components and easily installed in any stereo system. In this case, I partnered the Rotel RCD-1572 with its stable mate the Rotel RA-1572 integrated amplifier (reviewed separately) that drove my reference monitors, the Totem Mani-2 Signatures. Connections were made at different times in both balanced and single-ended modes (I ended up preferring the former). The façade (silver or black) is classic Rotel with an illuminated power button, IR eye, repeat/random/time selection buttons on the left, a VFD display in the center above the disc tray, and the usual buttons for insert/eject, play, stop, pause, skip track forward, skip track backward, fast forward, and fast backward.

The rear panel has balanced and unbalanced stereo inputs, an SPDIF output for an external DAC, an RS-232 connector, a Rotel link for other Rotel components (in this case the RA-1572), 12-volt triggers and a power cord receptacle. The RR-D99 remote control has separate on/off buttons, a central menu selector that enables set up functions (display and power light brightness, version information, auto power off, exit). Below are direct track selection buttons, and a final bank of buttons that mirrors the front panel controls.

The heart and soul of the RCD-1572 is a redesigned disc mechanism that featured a very leisurely loading time for each disc, and a Wolfson WM8740 digital filter/stereo DAC capable of processing digital signals with word-lengths up to 24-bits and sampling rates as high as 192kHz. This type of “over-design” results in substantially improved sound, even for Red Book CDs that are limited to 44.1kHz/16-bit resolution. Rounding out the roster of improved circuitry is an oversized custom toroidal power transformer that ensures the highest playback accuracy possible.

As is the case with every Rotel component that I have reviewed, the accompanying manual is well illustrated, succinctly written and should be read beforehand so that you can take advantage of all the neat features that this CD player offers.

I made two basic types of comparisons during this review. Although I had reviewed the little brother Rotel CD14 player a year ago, audio memories are fleeting so, instead, I A/B’s it with an Oppo BDP-105 universal player, armed with an ESS SABRE32 DAC and with the Rotel RA-1572’s premium AKM DAC via the SPDIF output. The discs noted below are examples taken from a larger number that were loaded onto this player during this review.

Having grown up with a Steinway baby grand piano in my home, I often use solo piano records to test a player’s resolving power as inferior DACs can make the piano sound muddy and clangorous. A new release of Leonard Bernstein’s solo piano music has Leann Osterkamp playing a Steinway Grand Piano on the company’s own label. A number of these short pieces bear inscriptions to Bernstein’s friends and colleagues of which the bluesy little “For Stephen Sondheim” and its West Side Story echoes is a perfect example. The piano reproduction was superb with gorgeous harmonics, dynamism and overall balance.

Pipes of Rhode Island presented a fine recital of another challenging instrument both to record and then play back. No problem here either as the power and majesty of the various organs on this disc was stunning. One of the very earliest all-digital recordings, Fairytales, finds the distinctive vocals of the late Radka Toneff sympathetically supported by pianist Steve Dobrogosz. The oodles of warmth and intimacy on this program were as good as I have heard from any CD player in this price range and better than most. Susan Nigro is an acknowledged master of the contrabassoon and her album, New Tunes for the Big Bassoon, contains contemporary works for this instrument with piano accompaniment. Every key click, every full-throated blatt, and every intake of breath were crystal clear.

Comparisons with the Oppo player showed differences that could be attributed to the Rotel’s greater warmth (read: musicality) with nearly every selection. While the Oppo is no slouch, it is clear that synergy of a DAC and onboard electronics in Rotel’s CD player design, devoted exclusively to CDs, is the way to go for those wishing to listen exclusively to that format. When I switched between the Rotel RCD-1572 and RA-1572 DACs, the differences were relatively minor as I could not consistently prefer one to the other, another example of how good the on-board Wolfson DAC really is.

Every time I assess the performance of a new CD player, I am struck by how much these disc-spinners have improved over their forebears. This is clearly the result of using premium DACs and specially designed onboard electronics and power supplies dedicated to enhancing CD playback. It is unlikely that CDs will disappear any time soon, and there are many listeners like me that own large CD libraries. Even if you own a smaller number of go-to discs, hearing them on the RCD-1572 will be like hearing them for the first time as this player breathes so much new life into CDs. Leisurely loading time aside, hey, I live in the South and value leisure time, this new flagship in the 15-series product line, and at a lower price than its predecessor, is a great return on investment. Highly recommended.

The Rotel RCD-1572 CD Player is available from authorized retailers at an MSRP of $899.

4.7 / 5 Reviewer
{{ reviewsOverall }} / 5 Users (0 votes)
RotelBrand
www.rotel.comWebsite
$899.00MSRP
Pros
Cons
Summary
The new flagship in Rotel's CD line, the RCD-1572 is simply a super disc spinner that brings out the best in your CD collection.
The Performance
Design/Ergonomics
Value
What people say... Login to rate
Order by: