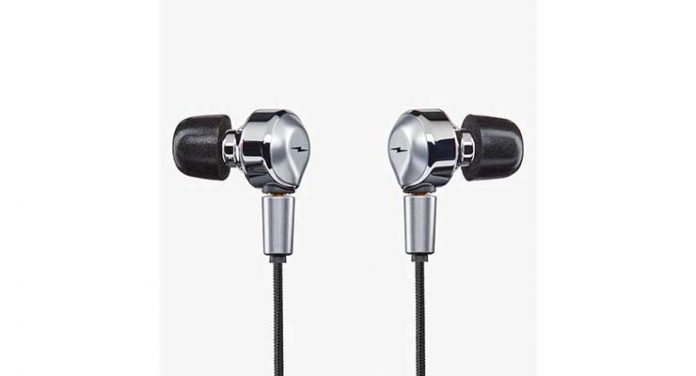 Shinola Detroit is a present-day success story that began as a designer watch, leather and bicycle manufacturer. More recently, this company has entered the highly competitive arena of audio with speakers, turntables, headphones, and the subject of this review, you guessed it, the high-end Shinola Detroit Canfield in-ear monitors! For those with long memories, the term “Shinola” became synonymous with poop. Before going any further, I can assure you that, regarding this product, such a pejorative designation is absolutely the farthest from the truth.

Over the past few years, my aging ears have been treated to a wide range of earphones, now rebranded as “in-ear monitors” to indicate significantly improved audio performance. The price of admission to the world of in-ear monitors varies widely from about a hundred dollars to an eye- and ear-popping several thousand dollars. For example, my reference Astell & Kern AK T8iE MK II earphones tip the beams at $999.

Earphones are literal plug-n-play devices that, once out of the box, need only to be mini-plugged into your portable music player and off you go. There are various approaches to get the sounds from your digital device into your eardrums. Most earphones like my AK T8iE MK II use dynamic drivers while some choose balanced armature designs (the same one used in high performance hearing aids). The rap against balanced armature earphones is their limited bass response that is important consideration when you consider how small these transducers are when compared to standard headphones.

The Shinola Detroit Canfield IEMs have wisely gone the dynamic driver route and each channel has an 8.5 mm beryllium driver designed, assembled, and tested in partnership with Campfire Audio in Detroit. The packaging belies the $195 retail price with its sturdy outer box and a nice zippered carrying case that will protect these IEMs when not in use. There is one pair of comfortable memory foam earpieces and three silicone ear tips that differ in size and should fit nearly every pair of ears. Another  thoughtful touch is the tangle-resistant connecting cable. Nominal impedance is a device-friendly 16.5 Ω @ 1kHz and the 3.5 mm mini-plug is intended for unbalanced inputs. The stated frequency response is 10 – 20kHz at less than 1% THD. For those planning on using the Canfields with their cell phones, there is a microphone and volume control. The Canfields are available in black or silver-colored stainless steel.

Can the Canfields Meet the Earphone Challenge?

Befitting the evaluation of deluxe earphones, I matched the Shinola Detroit Canfield IEMs with an Astell & Kern AK240 digital player and, much later, moving in the opposite direction with the large music library on my new iPhone 7. A varied playlist was fed to the Canfield earphones from the AK240 that included the following:

Switching to the iPhone 7, the playlist of mp3 resolution files included the following:

Beginning with the higher-resolution files on the AK240, I got an excellent presentation of breadth (depth is not the long suit of earphones). Mids and highs were crystal clear, and bass when present in tracks like “Thriller” was acceptable if not at the subterranean level of some top-of-the-line headphones. There was a consistency in the really great sounding tracks like “Peel Me a Grape” or “Diamonds on the Soles of Her Shoes” that opened up the background details that lesser earphones simply gloss over.

A real revelation occurred when I switched to the iPhone’s mp3 files. We all know that listening through the crappy plastic earbuds that come along for the ride does no favors for these downloads. When I plugged in the Canfields, it was a truly different story. You would never be deceived into believing that these were hi-res selections but there were hidden goodies in “Saturday Night” (the swirling background sounds) or the detailed harmonies of “No Matter What” that greatly enhanced the overall listening experience.

I know that you have waited during this entire review for the final showdown between the Canfields and my reference earphones, the Astell & Kern AKT8iE. At five times the price and capable of balanced operation, the AK in-ear monitors were definitely more open, smoother, and provided fuller bass. That said, the Shinola Canfield in-ear monitors were never embarrassed and, at their price point, became serious overachievers. During listening sessions that often went on for more than two hours, these IEMs provided a good fit and were extremely comfortable to boot. It was also a bonus to have cables that resisted the tangling that has been the bane of many of my previous earphones.

For those ready to chuck their cheap earbuds and make a serious upgrade, the Shinola Detroit Canfield in-ear monitors will definitely fill that bill and make your ears smile.