Universal Home Entertainment has revealed the cover art and detailed specs for the Blu-ray release of director Henry Selick’s stop-motion animation film Coraline. The 2-Disc set will feature English DTS-HD Master Audio 5.1 lossless sound, in addition to French and Spanish DTS 5.1 audio mixes with English SDH, French, and Spanish subtitles. Coraline will include both the 2D and 3D theatrical versions and will come packaged with the standard definition 2D theatrical release on a separate DVD. 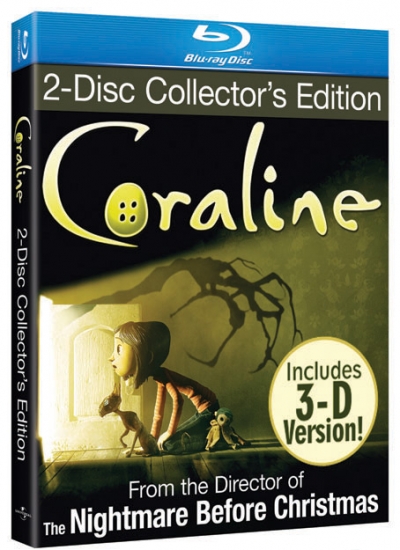 Bonus features for the 2-Disc Collector’s Edition Blu-ray release of Coraline will include:

The Coraline 2-Disc Collector’s Edition Blu-ray will be released on July 21, 2009 and will sell for a suggested retail price of $39.98.