Dances with Wolves Extended Cut on Blu-ray in January 2011

MGM Home Entertainment has announced they will be bringing Kevin Costner’s sprawling western epic, Dances with Wolves to 2-disc Blu-ray and 1-disc DVD just after the new year on January 11, 2011 at the suggested retail prices of $29.99 US/$32.99 Canada and $19.98 US/$21.98 Canada, respectively. 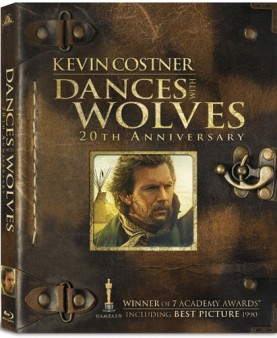 Technical specifications for the Blu-ray release include a DTS-HD Master Audio 7.1 lossless soundtrack with English, French, and Spanish subtitles and widescreen high definition transfer of the extended cut with 50-minutes of extra footage.