Despicable Me Announced for Blu-ray 3D 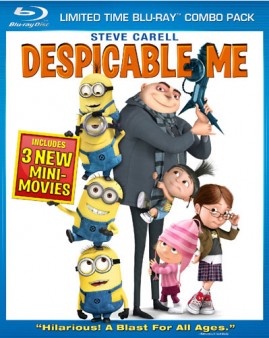 BONUS FEATURES AVAILABLE ON DVD AND ALL VERSIONS: