Extract Makes its Way to Blu-ray 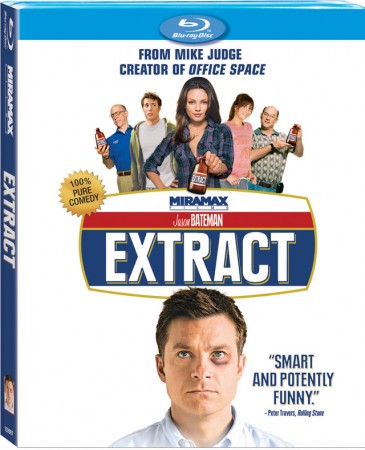 Both Blu-ray and DVD versions include an exclusive featurette that offer Judge fans a revealing glimpse inside the mind of this comedy original, but the Blu-ray edition also has extended scenes and a deleted scene not shown in theaters. Full technical specifications are not yet known, but the Blu-ray will come with a high definition 1.85:1 transfer, an English DTS-HD Master Audio 5.1 (48kHz/24-bit) soundtrack and will sell at a suggested retail price of $39.99.

Bonus Features Include:
Blu-ray and DVD:

And only on Blu-ray: