Paramount Home Entertainment (PHE) has announced today that on September 1st, 2009 they will be introducing the first two Blu-ray titles in their new “Sapphire Series” line.  Braveheart and Gladiator will arrive on Blu-ray on September 1st, followed a month later by Forrest Gump on November 3rd.

Paramount says The Sapphire Series will capitalize on the pristine picture and sound of the Blu-ray format to present each release in the highest quality for the first time in two-disc, high definition sets.  Each release will include extensive, never-before-seen special features for the ultimate presentation. 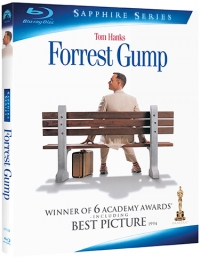 Robert Zemeckis, director of Forrest Gump, added, “I’m delighted that Forrest Gump is going to be a part of Paramount’s Sapphire Series so that fans can enjoy it at home with pristine picture and sound along with a wealth of special features to give the film context. It’s wonderful that Paramount is taking the time to produce exceptional Blu-ray presentations of these classic films.”

The Forrest Gump Saphire Series release will arrive on November 3 in time for the film’s 15th anniversary in 2009.  It will feature new material including a brand new roundtable discussion.  More details will follow from Paramount later in the year.

Details for Braveheart and Gladiator Sapphire series are as follows:

Winner of five Academy Awards® including Best Picture, the exhilarating epic Braveheart is one of the most anticipated films on Blu-ray according to Amazon.com and continues to be beloved by fans and critics alike.  The film will be presented in 1080p High Definition with English 5.1 Dolby TrueHD, French 5.1 Dolby Digital and Spanish 5.1 Dolby Digital and English, English SDH, French and Spanish subtitles.  Among the more than two hours of new special features to be included on Braveheart are: 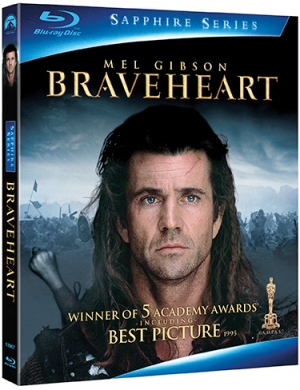 Interactive Timelines—Three distinct timelines featuring a combination of video, images, text and audio that can be accessed linearly or randomly:

Director Ridley Scott’s triumphant Gladiator is an unparalleled combination of vivid action and extraordinary storytelling that earned five Oscars® including Best Picture and is also on Amazon.com’s top 10 list of most anticipated Blu-ray titles. The Blu-ray presentation will include both the original theatrical version of the film as well as the extended version in 1080p High Definition with English 5.1 DTS-HD Master Audio, French 5.1 Dolby Digital and Spanish 5.1 Dolby Digital, as well as English, English SDH, French, Spanish and Korean subtitles.  The two-disc set also will feature over four hours of bonus material including, but not limited to, the following: 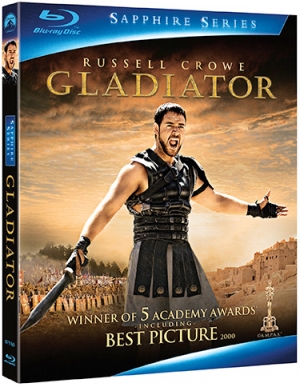 The Braveheart and Gladiator Sapphire Series Blu-ray releases will both retail for a suggested retail price of $39.99 each.