Fans who own the Blu-ray set can access the material through their BD-Live-enabled Blu-ray players using their Season One Blu-ray discs.  The new material will consist of brand new bonus video including roundtable discussions with special effects producers Mike and Denise Okuda, Dave Rossi and Neil Wray, as well as David Gerrold, Tribble inventor and writer of the popular and memorable, “Trouble with Tribbles” episode.  There will also be experts’ takes on the Season One Blu-ray bonus features and what they are looking forward to in Season Two. 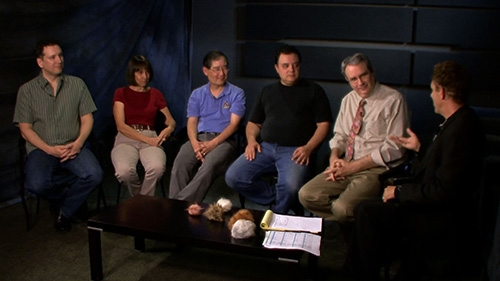 Additionally, CBS Home Entertainment and Paramount Home Entertainment are planning a Tribble extravaganza for the upcoming Season Two BD (Blu-ray Disc) release.  There will also apparently be more new BD-Live content heading to the Season One Blu-ray release in the coming weeks, so be sure to keep checking!