Warner has confirmed in an announcement to retailers that they will be releasing Season 1 of the hit sci-fi television series V day-and-date with the DVD release on November 2, 2010. The two-disc Blu-ray set of V: The Complete First Season will 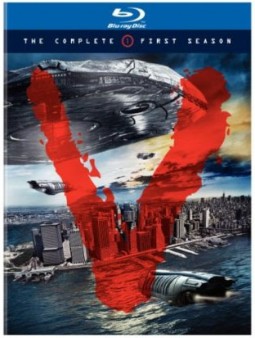 Special features will include: