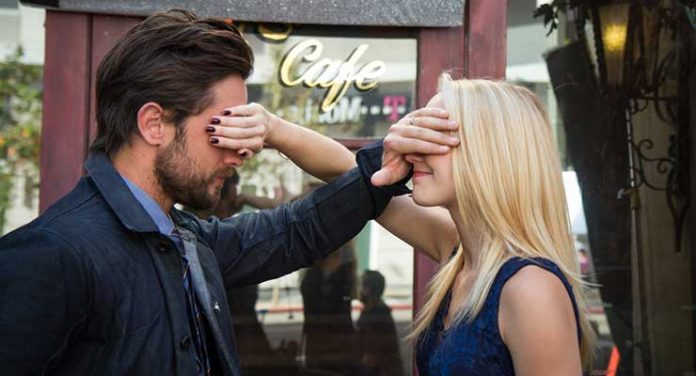 While this starts off as a coming-of-age movie, there is a major plot twist down the road that I won’t spoil for viewers. The remainder of this charming little love story follows Liz and Drew and Bea and Andy over the course of a single night. Liz and Drew go out “on the town” and start to re-explore some of their old haunts. Drew proposes that they make this their very own special “prom night” all over again. As the two start to retrace their past, little pieces of their current and earlier lives start to surface and co-mingle.

After getting punched in the nose at a post-prom party by Bea’s crass ex-boyfriend Dave (Evan Hofer), Andy attempts to connect with Bea, one of his oldest friends. In a “meet cute” moment, the two couples cross paths at the Figueroa Hotel. Andy and Bea discuss life over a late night snack: he is a “romantic” and she is a “cynic.” Andy philosophizes: “The truth always wins, if not right now then in the future.”

The rapid evolution of young love (Bea and Andy) contrasts with the halting progress being made by Liz and Drew. Andy plans to go to a summer photo-journalism program at Stanford University while Bea is going to be stuck in LA.  In a very intimate moment, both adults let their respective guards down. Drew describes his marriage: “maybe I lowered my expectations and that is how I stayed happy.” Liz has taken off her wedding rings, and, now a little morose, describes her marriage as one in which her husband always seemed to be gone, taking photographs and writing a seemingly endless series of magazine articles. It is not so clear what lies ahead for Liz and Drew but their “prom night” has been a step in the right direction. 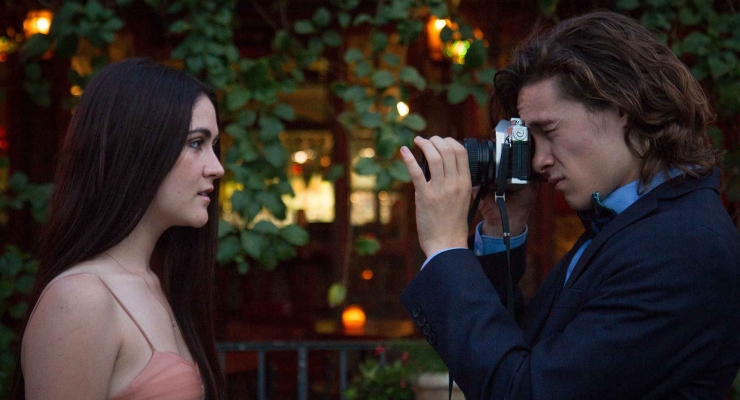 There is some obvious parallelism between these two couples; Drew and Liz see the teenagers as who they were years ago. During the “morning after,” Drew exchanges small talk with Andy on their respective balconies: “I was you once…just remember there are no wrong answers.”

A dialogue-driven film, 1 Night explores the quintessential nature of relationships. Much in the spirit of the delightful romantic comedy Nobody Walks in LA, 1 Night is a deliberately small-scale feature-length film debut from writer/director Minhal Baig. The nigh-perfect casting presents two couples at different stages of life given a script that pokes and prods what goes on between people who are well acquainted with each other.  There is also the evocation of emotional nakedness (both literally and figuratively) superbly captured by Jesse M. Feldman (500 Days of Summer) and his very talented camera crew. This film was shot in just 16 days, a pace that clearly enhanced the spontaneity of both dialogue and the interactions between the four principals. Fans of modern romance flicks will absolutely love this one. Highly recommended.