All the Money in the World (TheaterByte Movie Review) 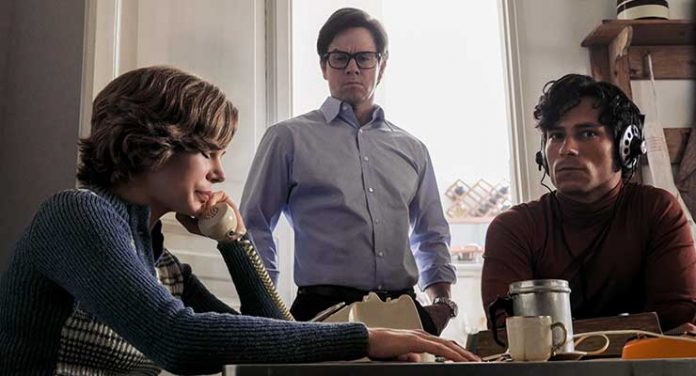 It is a sign of today’s entertainment industry times when the pre-release publicity for a new motion picture gets more media coverage about the alleged sexual misconduct of its lead actor than about the actual content on the screen. All the Money in the World‘s  production companies made the difficult (and costly) decision a month prior to the picture’s release to replace actor Kevin Spacey with film legend Christopher Plummer whose 60-year career includes more than 200 acting credits. After all, Plummer was director Ridley Scott’s first choice to play J. Paul Getty and was much closer in age (and appearance) to the character that he eventually portrayed.

Based partly on John Pearson’s account of the kidnapping of Getty’s grandson, 16-year old J.P. “Paul” Getty III (Charlie Plummer, no relation), All the Money in the World opens in 1973 Rome as the boy was spirited away by Italian mobsters who present his mother Abigail “Gail” Harris Getty (Michelle Williams) with a multi-million dollar ransom demand. To better appreciate the personal dynamics in what followed, a bit of the backstory is in order. Young Paul’s mother was the first wife of J.P. Getty’s son, John Paul, Jr., and, at the time of the kidnapping, the couple had been divorced for several years. Both Junior and his son had a history of drug addiction and the immediate family did not have sufficient funds on hand to pay the huge ransom. At the time of this highly publicized celebrity abduction, J.P. Getty, Sr., a billionaire oil baron and the wealthiest man in the world, was miserly when it came to spending money on others. By all accounts, Getty was quite prickly and attached more importance to objects of art (“you always know what they are”) than to people, including his own family.

Getty’s chief of security and negotiator, Fletcher Chase (Mark Wahlberg) gets the call to assist in Paul’s return but grandfather Getty refuses to put any cash on the table since it would encourage the subsequent taking of Getty’s numerous other grandchildren. Although the senior Getty does relent, he only sweetens the pot with enough money for a tax write off and still falls three million dollars short of the now greatly reduced ransom amount. While in captivity, Paul or Paolo as he is called, is protected by the gang member “Cinquanta” (Romain Duris) who is largely responsible for young man’s welfare and becomes his virtual lifeline. Much of the film’s subsequent storyline involves the rather byzantine and torturous route traveled by Gail and Fletcher, avoiding the armies of paparazzi while working with the police. Hope for getting Paul back ebbs when his severed ear and lock of hair get mailed to the local newspaper, as the kidnappers threaten to return the boy “in pieces” if the ransom is not paid. 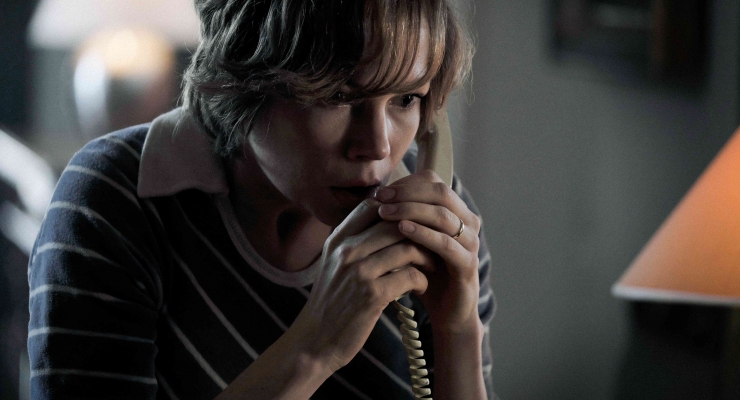 The kidnappers call Gail Getty (Michelle Williams) and demand $17 million for Paul's return in TriStar Pictures' ALL THE MONEY IN THE WORLD.
39 Photos

The Getty kidnapping was certainly one of the more notorious news stories of the last half-century. Director Scott (The Martian) and scriptwriter David Scarpa (The Day the Earth Stood Still) have crafted an exciting film with plenty of edge-of-your-seat suspenseful moments in All the Money in the World, even if dramatic liberties were taken with some actual events including the death of Grandpa Getty immediately after the kidnapping saga ends (he actually lived for several more years). Veteran cinematographer Dariusz Wolski (The Martian) delivers a visually stunning film ranging from the dark-hued interior of Getty’s Sutton Place mansion/personal art gallery to the picturesque scenes of the Italian countryside. The atmospheric and often Nino Rota-like score penned by David Pemberton (The Man From U.N.C.L.E.) adds to the sense of place and effectively underpins the action.

The real hero of All the Money in the World is the eighty-eight year old Christopher Plummer who completed his film work in only ten days of shooting.  Plummer creates a credible portrait of this legendary businessman who redefined the “art of the deal” while wisely avoiding an outright caricature. Mark Wahlberg is the model of level-headed dramatic support while Michelle Williams is simply brilliant as the distraught mother who, to avert a tragedy, must contend with an emotionally distant, money-driven former father-in-law every step along the way. A highly recommended film that should get Plummer a well-deserved Oscar nomination for best Supporting Actor.