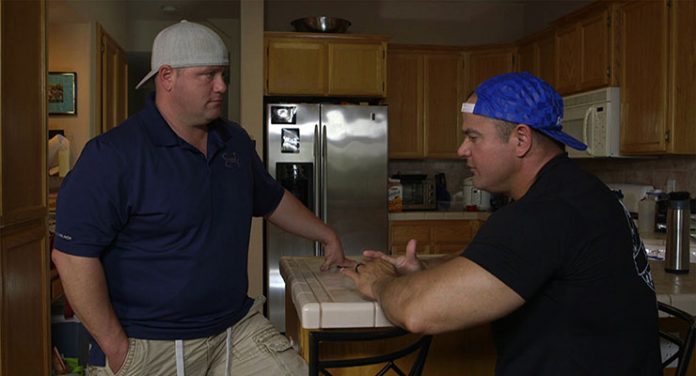 Chris Bell, who directs and narrates, proves this by providing hard facts and testimonials from people in the know. He also has first hand experience; his brother, professional wrestler Mad Dog Mike Bell was addicted to and subsequently died due to taking too many prescription drugs at the age of 37.

So the idea was formed to create Prescription Thugs  over the loss of his brother, a loss that was deeply felt among his family and the wrestling community. 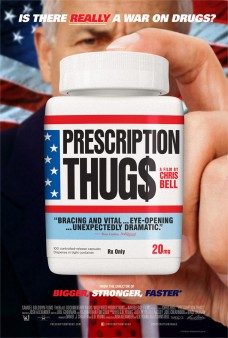 Bell calls the country “the United States of Addiction,” due to the fact the U.S has 5% of the world’s population but consumes 70% of the world’s legal drugs. And one in ten people are on some form of antidepressants. Another alarming fact: 250 million painkillers were prescribed in 2010.

But Bell points out that it’s the pharmaceutical companies who aim for big profits over anything else. He says they even try to get people addicted by providing free drugs to the doctors we trust with out health who in turn prescribe to their patients – Bell states that it’s the companies who are responsible for our pill – popping explosion. But these drugs are killing more people than car wrecks, and addition to prescribed drugs caused the deaths of both Michael Jackson and Heath Ledger. It appears that the doctors are more like dealers and that makes their patients more like junkies. 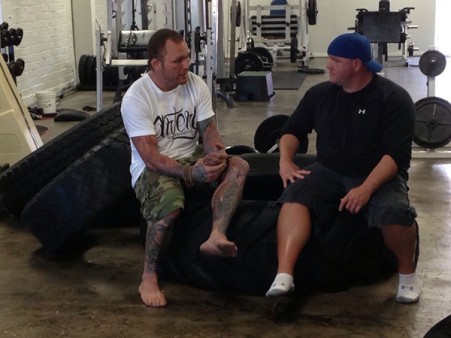 Bell speaks to professionals including a Doctor of Homeopathy, friends, medical professionals and for wrestlers. It’s former wrestler Ryan Sokade who states an alarming fact – he used to take up to 90 pills a day. But at the end of the day, according to Bell, it’s the pharmaceutical companies who are to blame. They make drugs that flood the market, and with the drug reps and the doctors, they are all in cahoots. And with the United States’ lax drug approval process, any type of drug for any type of condition (including a drug for eyelashes) gets approved.

Prescription Drugs is an eye-opening documentary that works well thanks to Bell’s excellent narrative and his incorporation of his and his family’s struggle to deal with this issue that’s all to close to home for them. His parents bring an emotional point of view in the loss of their son and their concern for Chris. Addiction to prescription drugs is an issue that most of us are aware about but seem unable to accept. America, it seems, is just a nation of prescription drug addicts, at least according to Chris Bell and the evidence he lays out in this scathing and alarming documentary. 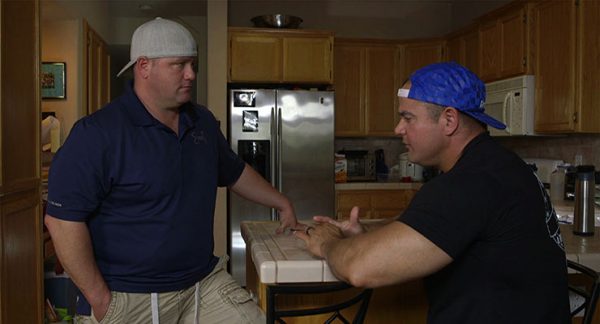 Prescription Thugs is now playing in theatres and available on iTunes.