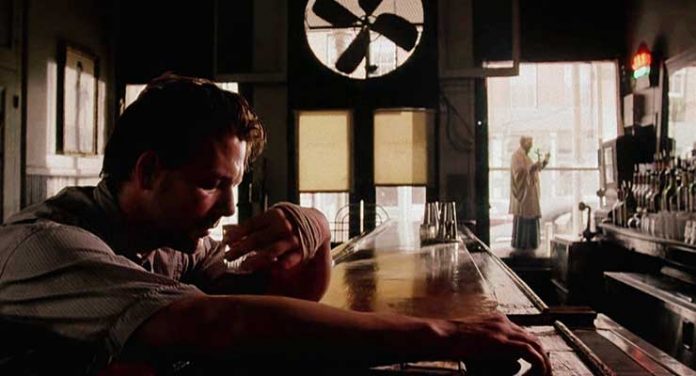 Angel Heart has to do with a detective, Harry Angel, who is hired by a mysterious lawyer named Louis Cyphre, so as to find information concerning Johnny Favorite, who is a client of his.

In terms of plot the film was well made and it seems that it was a very good adaptation of the book, as there are all the important clues that work as a foreshadowing of the end, which reveals the identity of each of protagonists and their role in the case. A person who has finished watching it can definitely come back after the end and successfully combine all the clues with each other. The movie was very engaging and in that moment when the viewer thinks it is predictable, (s)he is proven wrong.I also like some moments in which the thriller elements are combined with humor.

Harry Angel is a detective specialized in divorce cases, and in specific, he is asked to investigate the state of Johnny Favorite. He appears to manage well in his task, but for the fear of his potential death. In addition, he seems to be much fond of women, in a negative way, as he is constantly flirting or having sex with them during work, even though one of them is underage. As time passes, he is much influenced by the unpleasant events happening and it can be observed that he gradually stops being moral, while at the same time he is tortured by recurring visions that he cannot explain.

Louis Cyphre is a lawyer, who hires Angel in order to find a client of his who owes him a debt. He appears authoritarian and he is not really talkative unless he has something important to say. His speech is heavy on metaphors, and he is mysterious and creepy.

Mickey Rourke was very good in his role as Harry Angel as he managed to convey in a successful way the contrasts between Harry Angel’s personality and his subconscious.

Robert De Niro was amazing in his performance, because he had all the characteristics that a role like that of Cyphre demanded from him and generally his acting is unforgettable.

Cinematography in the film included many rural landscapes from the South and black cultural aesthetics. The use of red is evident and there is a recurrent elevator scene as well. There are stills which include religious celebrations alluding to Satanism. As far as direction is concerned, it creates an ominous feeling from the beginning and the whole darkness of the atmosphere in combination with Louis Cyphre’s character make the film very unnerving.

I believe that if someone pays attention to the details, they can infer what is going on with De Niro’s character. On the other hand, Harry Angel is a character who puzzles the viewer and I do not think (s)he is able to guess the secrets been hidden, only a part maybe of the whole story. In my opinion, the ending is mindblowing and lovers of plot twists will be much satisfied.