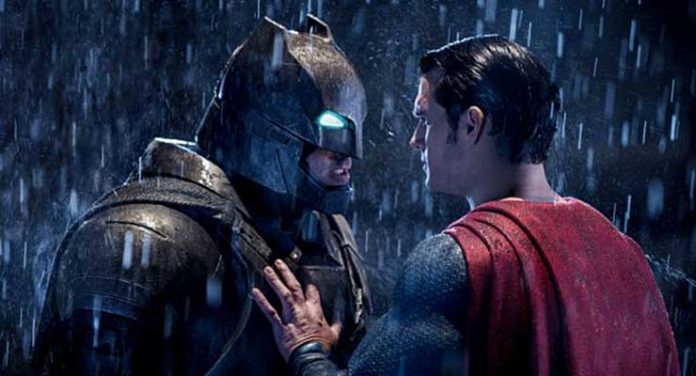 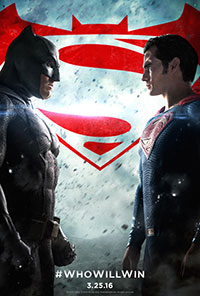 Batman v Superman: Dawn of Justice is like the sports equivalent to a major sporting event like the Super Bowl or a championship match of some kind. It’s tops – especially when it comes to TWO of the most iconic comic book characters: Batman and Superman. It’s not as if the title of the film didn’t already convey what was going to go down – in addition to this film not being another Marvel production. It is time for DC Comics and their flagship characters to cut loose.

former glory – Clark Kent (Henry Cavill) is still trying to make a name for himself at the Daily Planet and Lois Lane (Amy Adams) is out and about infiltrating terrorists organizations in Africa while being saved by Superman (Henry Cavill…again). Across the way over in Gotham City Bruce Wayne (Ben Affleck) is still stalking the streets of the city branding unsuspecting criminals. Bruce Wayne is a bit older – he’s got a bit of salt and pepper to his hair and the crows feet are a bit more pronounced but he’s still the charmer.

Since this film is technically a “2 for 1” deal in that we are getting a new Batman/Superman film for the price of one – it needs to have a gigantic story and the fact that the film is over 2 ½ hours makes it so. After the events in Man of Steel Bruce Wayne lets it be known that Superman must be put in check or even stopped. Funny enough – Alexander “Lex” Luthor (Jesse Eisenberg) has the same notion and goes about creating his ultimate “Doomsday” plan to get rid of Superman. Looks like Superman really can’t catch a break, because he now has Batman and the rest of the world trying to get to him.

That’s the boring part of the story. The world and Bruce Wayne want accountability for the destruction of Metropolis. Now the fun and oh-so exciting part of the film is to watch even more destruction take place as Batman and Superman fight it out in an amazing brawl that definitely takes no prisoners. Sprinkle in a dash of Wonder Woman and short introductions to various other characters that will make their feature film debuts later in future installments and Batman v Superman is a treat.

I went into the theater with zero expectations, outside of already being a fan of Zack Snyder’s work, and was not let down in the least. I think what also sweetened the deal up a bit in the back of my mind was that I already knew that we’re going to get an R-rated version of the film on Blu-ray. I did notice a few instances of editing quirks that may have had something to do with trimmed inserts and what not.

All of the actors came off great and for those that still hate Snyder’s version of Superman then that’s probably not going to change with this version either. I would tell those people to just kick back and watch their Superman Anthology set with Christopher Reeve and remember how things used to be. For the rest of us – this version of Superman is more than ok. As far as “Batfleck” goes – my favorite Batman to date is Christian Bale’s version – but “Brutal Batman” would rank in second place. He laid the beat down on criminals like you would not believe. Eisenberg as an ADHD/Tourette’s affected Lex Luthor was also not as annoying as I thought he would be. Jeremy Irons as a wise-ass whiskey drinking Alfred was also a nice touch.

The nuts and bolts of this thing are to see the “main event.” Let’s not get it twisted – they don’t put “versus” in the title for nothing. The destruction leveled once again is put on display as both iconic characters go at it full blast in addition to taking on otherworldly threats. The film works, as pure spectacle and I didn’t have a hard time following the story. I wanted more. Yes, the film is gloomy and dark, as are the characters, but that’s the chosen path the filmmakers and the studio have taken. I hear that The Justice League films will be “brighter.” We will see how that goes – as for Batman v Superman: Dawn of Justice – go watch it on the biggest non-3D screen you can. I would suggest skipping the 3D showings, because the film was not filmed in 3D at all. I saw the film in 70 mm and it was gorgeous. In fact, read below to see the various aspect ratios the film was released in. All in all – a great time was had – and I cannot wait to catch it in theaters again along with owning the Blu-ray by summer.