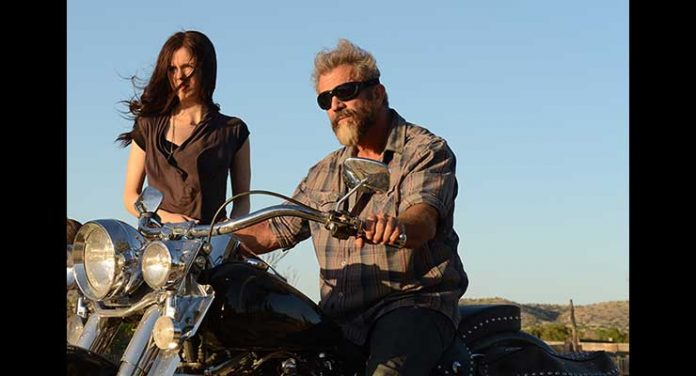 Blood Father is a film that caught me by surprise, because I didn’t even know it was a thing. I guess I had not looked at Mel Gibson’s IMDb page in quite a while. I only found out about the film while reading a forum and watching the trailer. I saw that it was getting a limited theatrical release then it was going to the VOD platform. That is where I watched it.

Blood Father is the story of John Link (Mel Gibson), who lives out his days in the desert, is a recovering alcoholic, and a tattoo artist. When his estranged daughter, Lydia (Erin Moriarty), calls him out of the loop and in trouble, he doesn’t hesitate in helping or trying to reconnect with her. She has a bit of a past, as well. Hot on her trail is a branch of the Mexican cartel that want her dead due to her involvement with her drug dealing boyfriend, Johan (Diego Luna).

The film may take place all over the desert but remains Southern California-centric. We go from Indio, to Santa Clarita and Lancaster, with a brief stint in Santa Monica before shifting back to the middle of nowhere. Link will do everything he can to protect Lydia even if it means violating his parole or meeting certain death. William H. Macy plays Link’s sponsor in a pretty amusing role. You could say that Link also has a “history of violence” and is no stranger to death and brutality. 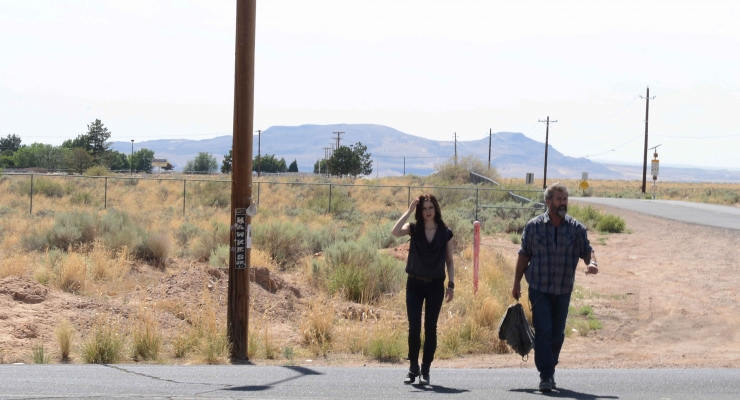 Blood Father is a back-to-basics type of film. It’s action packed and extremely brisk. It clocks in at 88 minutes but it’s really only 82 minutes without the credits, so you’ll be done in no time. Jean-Francois Richet (Mesrine Part 1 & 2) directs from a script by Peter Craig, (based on his novel, The Town) and Andrea Berloff (Straight Outta Compton) and it is an assured trip. Mel Gibson still has the chops and his physique from Expendables 3. He has always been able to play a strong and vulnerable father throughout his career and this film is no different. He and Emily have a great bond, a bit testy in some parts due to the estrangement, but he loves his kid. This is satisfying and hits home once Link has to start smashing heads all over the place.

I know why the film didn’t get a wide release and it’s no secret that Gibson is not a box-office draw anymore due to what happened a few years ago but I am glad to see him release new material by whatever means. In fact, one can almost say that Blood Father completes his “criminal” trilogy that started off with Payback and Get the Gringo. All three of these films are excellent and would make for a terrific triple-feature kind of night, or day. The film also scored a whopping 88% on Rotten Tomatoes, so take that, as you will. Blood Father  had a limited theatrical run and is currently available for streaming on various online and VOD platforms.