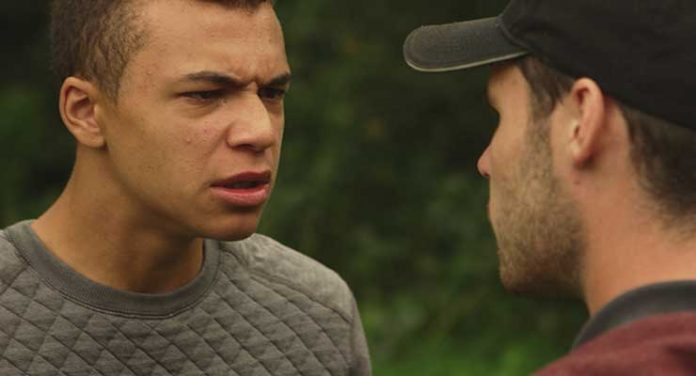 The Accountant introduced us to Ben Affleck’s portrayal of a high-functioning adult with autism. Cruel Summer reveals the very special and private world of a far less socially adapted autistic adolescent, Danny Evans (Richard Pawulski), who lives with his parents, Mrs. Evans (Grace Dixon) and Mr. Evans (Gary Knowles). Danny is aiming  for a Duke of Edinburgh award medal by taking a path-finding course through a local forest as he leaves the comfort of his home. His mother gives him a mobile phone as a safety measure but when we see what eventually transpires, this will not be nearly enough to protect him from harm. Based on a “true story,” Welsh writer/directors Philip Escott and Craig Newman make their feature-length film debuts in this gritty shocker that begins quite  peacefully. The mood of the second act changes dramatically and ultimately makes Cruel Summer an extremely difficult film to watch.

Local tough guy and “angry young man,” Nicholas (Danny Miller), has just been dumped by his girl friend Lisa (Sabrina Dickens) whom he mistakenly believes had sex with Danny. Still fuming from his rejection, Nicholas tries to convince friends Calvin (Reece Douglas) and Julia (Natalie Martins) that Danny had once raped an eight-year girl and that they should exact some degree of retribution on him. When they visit his home, Mrs. Evans explains that Danny is hiking in the woods. 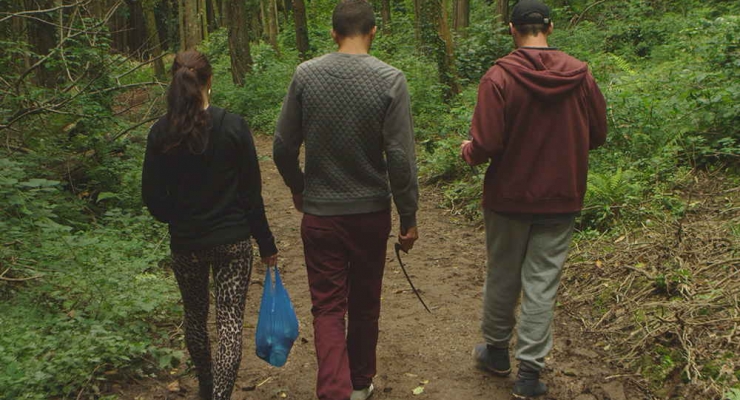 Danny has pitched his custom tent by the lake and begins to fish as his seemingly perfect day in the forest goes forward. Nicholas, Calvin and Julia rob a liquor store and, after a bout of drinking and aimlessly wandering around a playground, plan their next course of action: go to the forest, track down Danny, and “f–k” him up.  Shortcutting through a local cemetery, Nicholas nicks a scythe and machete from a maintenance man’s lorry and the trio begins to search for Danny. In the tradition of low-budget horror films, there is a relentless build up to to some blood-splatter moments that are mercifully quite few and offset by plenty of camera cutaways.

Lukas Tucknott (Get Gone) creates some expressive cinematography out of ordinary objects, like a flapping tent cover, set against the verdant backdrop of the Welsh woods. Josef Prygodzicz’s modernistic score augments the film’s progressive creepiness and eventual outright horror. Richard Pawulski, in his feature-length film debut as a lead, does a very creditable job of depicting his character’s mental disorder.  Danny Miller, Reece Douglas, and Natalie Martins produce disturbing portraits of  young people who have lost their way in society as well as their respective moral compasses. That aside, I can think of few if any film subjects more downright repugnant than the physical abuse of mentally challenged individuals. End credits report that justice was meted out to the young perpetrators of the heinous crime committed in Cruel Summer. Even so, I would caution sensitive viewers to steer clear of this film’s disturbing  display of abject depravity.