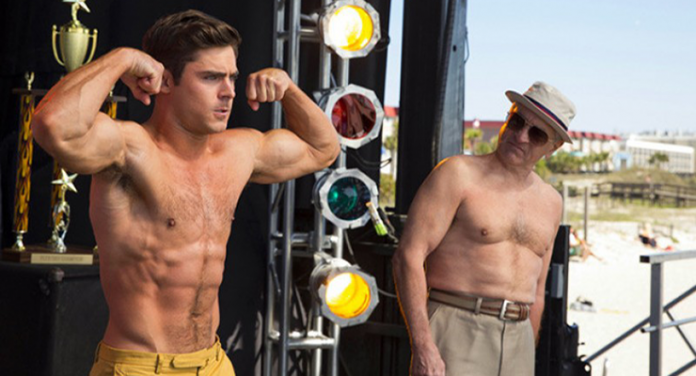 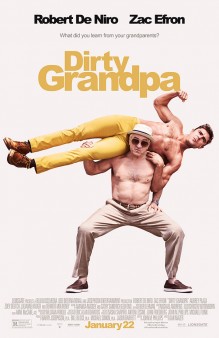 We also get to see Effron’s (James Kelly) brother pouring beer over his dead grandmother’s coffin, Effron wearing a bee thong with his arse out in the open (several times), which at one point comes off causing him to expose himself to a little boy, while simulating oral sex between the two (I’m not kidding here) and an endless, and I mean endless, supply of cock jokes, and cocks (one scene has Effron and DeNiro sharing a bed together in which DeNiro sleeps naked, and the next moment there is a penis in his face supposedly to be Grandpa’s). And we’re shown Effron’s ass way too many times. This is not to mention scenes of Effron in jail with a fellow cellmate feeling him up, the one gay character in the movie being made fun of because he is gay, two inept police officers who all but ignore the town’s drug dealer (Adam Pally) who happens to shoot guns in his tourist a/k/a drug shop, and an extremely horny young woman (Zoey Deutch) who has way too much sex talk with DeNiro. It all adds up to one dirty, and bad movie.

The plot is this: after the death of his wife, Grandpa Kelly wants to head down to his condo in Florida, so he tricks grandson Jason into driving him down there, much to the dismay of Jason’s fiance Meredith (Julianne Hough), who’s he about to marry and with the wedding rehearsal just days away. On the way Grandpa and Grandson run into Grandson’s ex-schoolmate Lenore (Aubrey Plaza), with the aforementioned horny Shadia (Deutch) and the gay camp Tyrone (Brandon Mychal Smith) in tow. Shadia’s got the hot hots for Grandpa (to tick one of her ‘must do’ boxes) and Lenore will realize that she’s got the hots for Jason. It’s a road trip that ends in most of the character’s lives changed, as well as the audiences. You will walk out shaking your head and vow to never see a Zac Effron (and possibly a Robert DeNiro) film ever again. Thanks to Director Dan Mazer (The Dictator) and writer John Phillips for taking Effron and DeNiro to new lows in their careers. 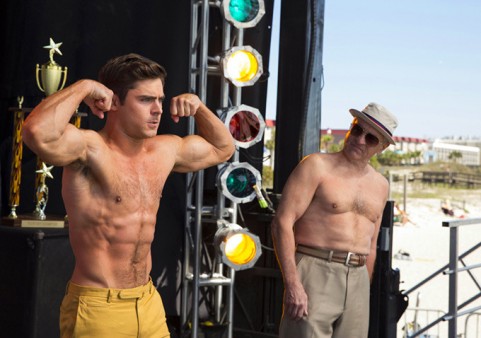