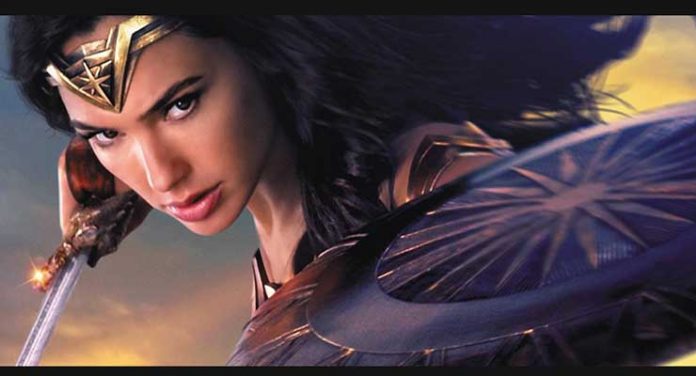 It has been more than a decade since Patty Jenkins (Monster) has directed a feature film and Wonder Woman marks her debut in the superhero film genre.

Diana recalls her origins on the lush island of Themyscira. As daughter of Zeus and Amazon Queen Hippolyta (Connie Nielsen), she is being trained in martial arts by her aunt, General Antiope (Robin Wright). The island’s tranquility is interrupted by Trevor’s plane crash in the ocean while being pursued by a company of German soldiers. An ensuing battle royal between the Amazons and the Germans results in Antiope’s death and Steve’s rescue by Diana. Trevor reveals that he is a spy attempting to take down a mustard gas factory run by General Erich Ludendorff (Danny Huston) and his disfigured scientist Doctor Maru (Elena Anaya) who is working on a far deadlier gas. Diana believes that her half-brother Ares is responsible for World War I and, that by killing him the war will cease.

Steve and Diana leave Themyscira for London where he makes a successful case to Sir Patrick Morgan (David Thewlis) for their going to the Belgian front. The pair reach the war zone accompanied by Sameer, Charlie, and Chief only to find that there is a military stalemate in No Man’s Land. Wonder Woman proceeds to carve a path of carnage through the German ranks and liberates the town of Veld. The group next hatches a plan to stop Ludendorff’s deadly plot but Steve thwarts Diana’s attempt on the General’s life and, in return, the mustard gas is released on Veld, killing all the villagers. 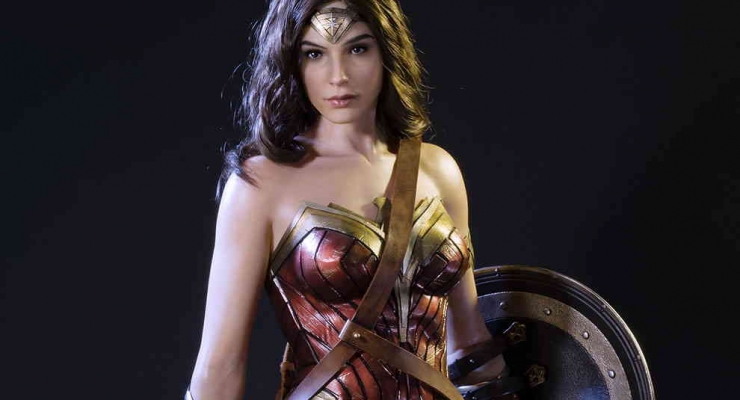 The final act is an action-packed, thrill-laden fight to the finish with special effects galore and a race against time to prevent the dropping of gas-filled canisters on London itself. A combination of mythical characters and real people works marvelously well, although it takes a significant suspension of disbelief to reconcile the collaboration of a 5000 year-old immortal Amazonian princess with her human counterparts, fighting shoulder to shoulder against the international forces of evil.

Wonder Woman soars to the heavens or crashes to the earth on the strength of its lead actor. In Gal Gadot (who reprises this role from Batman vs. Superman: Dawn of Justice), we have a tough Army veteran who has also been a Miss Israel, a professional model, a stuntwoman, and a martial arts expert. Having grown up with Lynda Carter’s more toned-down television version of a character that can jump, run, fly, deflect bullets, and take down baddies, Gadot’s new millennium realization of this iconic role is simply riveting. The supporting cast is also quite strong: Chris Pine’s all-American boy-next-door, David Thewlis and Danny Huston as arch-villains, and statuesque Connie Nielsen’s turn as Hippolyta. CGI-effects aside (and there are plenty), Wonder Woman would not be the film that it is without the knowing directorial hand of Patty Jenkins who makes an incredibly strong statement about powerful female characters on the silver screen. Allan Heinberg’s script has the appropriate terseness expected in battle flicks but there are enough light-hearted moments to relieve the oppressiveness of combat. Matthew Jensen’s superb camera work and a heroic score by Rupert Gregson-Williams add to the excitement of this movie. There are superhero films and then there are superhero films. This one is a screaming success and, hopefully, there will be sequels. Highly recommended.