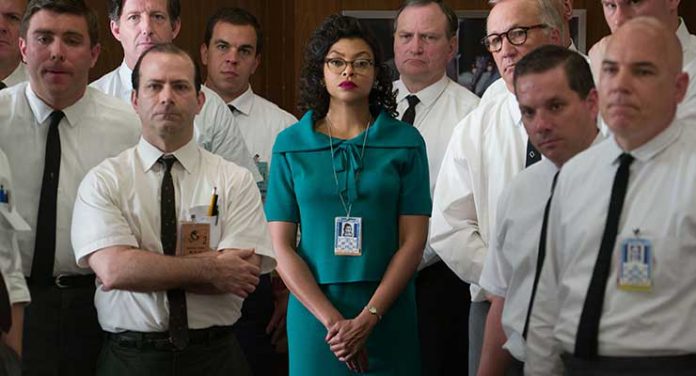 I was nearing high school graduation when my impending excitement was trumped by the news that Lt. Colonel John Glenn, an accomplished test pilot, had become the first American to orbit the earth in the Friendship 7 spacecraft. This historic event was the culmination of NASA’s Project Mercury, the United States’ $300 million dollar and 2 million-employee response to the race for space begun by the Soviet Union in 1957.

Hidden Figures, based on Margot Lee Shetterly’s 2014 account of events leading up to the Glenn spaceflight was doubtlessly inspired by her father’s career as a NASA research scientist and her perceived need to tell the story of three fellow African-American women who were instrumental to the success of this mission. Director Theodore Melfi (St. Vincent) collaborated with Allison Schroeder (Pineapple Express) on a script that was a first effort for both in the historical film genre. Casting director Victoria Thomas stacked the deck for success with such notables as Taraji P. Henson (Empire), Octavia Spencer (The Help), Janelle Monáe (Moonlight), Kevin Costner (Dances with Wolves), Kirsten Dunst (Midnight Special), Jim Parsons (Big Bang Theory), and Mahershala Ali (Luke Cage). 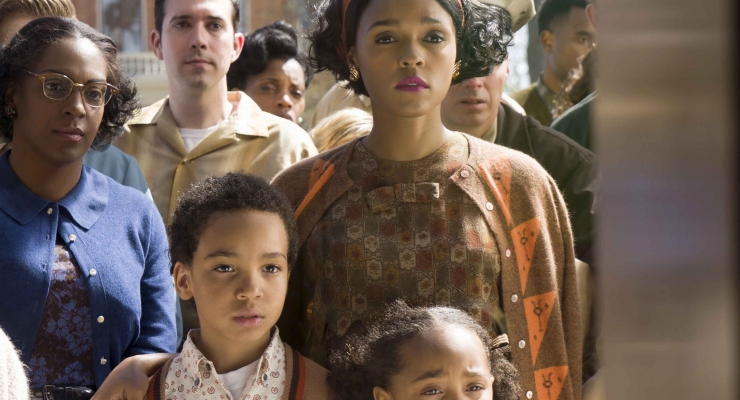 The story opens at the Langley Research Center in Hampton, Virginia. It is the late 1950s and the segregated South has separate facilities for just about everything from bathrooms to schools. There is also an obvious glass ceiling for women, let alone women of color,  in government-run “high-tech” programs. Against these formidable odds, mathematicians Katherine Goble (Taraji) and Dorothy Vaughan (Spencer) join engineer Mary Jackson (Monáe) at the “colored computers” office where they do the essential calculations for the white male engineers. Al Harrison (Kostner), the director of the Space Task Force, is struggling, along with engineer Paul Stafford (Parsons), to figure out the trajectory and lift forces needed for the first Mercury mission, manned by Alan Shepard (Dave Davenport). Goble, a widow with three small children, makes a mathematical breakthrough that saves the mission, and becomes a trusted if unsung member of the team. Vaughan seeks in vain to get promoted by her supervisor, Vivian Mitchell (Dunst): “typical of NASA, the rockets are fast and the advancements, slow.” When Dorothy finds out that a massive IBM computer has arrived at Langley (and will make the human “computers” obsolete), she teaches her self FORTRAN and not only saves her job but those of her 30 co-workers.

Meanwhile, Mary impresses her civil-rights activist husband Levi (Aldis Hodge) when she wins her legal case to take the required night courses for her advanced engineering degree at an all white high school. Ex-Army Colonel James Johnson (Mahershala Ali) meets Katherine at a church luncheon, is immediately smitten, and their romantic subplot is judiciously woven into the fabric of this story. There are really two dramatic climaxes in this film. The first occurs when Harrison strikes down the “colored women’s bathroom” sign at Langley. The second is the John Glenn (Glenn Powell) spaceflight with last-minute suspense provided by the sudden need to recalculate the coordinates for the orbiter’s landing at sea as Katherine outdoes the IBM computer to save the day.

Hidden Figures, the title clearly a double entendre, is a complete success from opening credits to final curtain. Mandy Walker’s cameras do a fabulous job in recreating a period that includes its vehicles, clothing, prejudicial signage, and the struggles with which women and minorities contended, not just in NASA, but also in life in general. The cast moves from strength to strength and perfectly fits its assigned parts. It is always a challenge to recreate history and make it not only believable but also interesting. In this respect, Hidden Figures is a true screen triumph. I have seen few films in recent memory that evoked an era with which I was quite familiar and infused it with little known stories that were important to tell. The end credits that bring us up to date with the main characters show us that Katherine Goble Johnson is approaching the century mark, still married to her Colonel James, and a recent recipient of the Presidential Medal of Freedom. Dorothy Vaughan and Mary Jackson also lived long, productive lives. This movie is important for us to see for all the right reasons and receives my highest recommendation.