Is That You? (TheaterByte Movie Review) 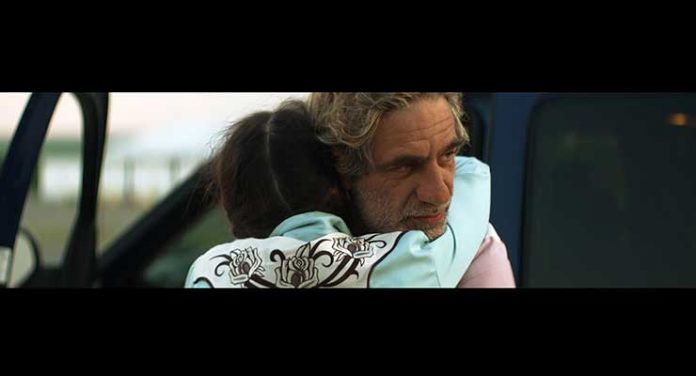 Sixty-year-old Ronnie (Alon Aboutboul, The Dark Knight Rises) has just been canned from his modest job as a film projectionist in an Israeli movie theater. As his severance “gift,” Ronnie receives plane tickets to the United States and decides to visit his brother Jacob (Rani Blair) who has a successful rental car business. Jacob tells his brother that he had contact with Rachel Golan, Ronnie’s old girlfriend whom he has not seen in 40 years. When Jacob’s son tracks down Rachel (Suzanne Sadler) through social media, the old man drives off in a “vintage” Datsun 240Z  from his brother’s lot and begins the search for his former flame.

Ronnie’s clunker breaks down after he finds that Rachel’s first address turns out to be a blind alley. A young film student, Myla (Naruna Kaplan de Macedo), comes to his aid with her borrowed SUV. Myla offers to travel with him if she can make a documentary about Ronnie’s trip entitled “The Road Not Taken.” Arriving at another location where he was told Rachel used to live, Ronnie and Myla continue their sentimental journey. Along the way, Myla tosses in brief filmed vignettes of older people who reveal their major life regrets (Peter Moller, Peter Paul, Muriel Shapiro, Mike Zehr, Richard Lund, Myles Cranford, Robert Harris, Hal Alpert, David Cole, Denise Cole, and Harv Popik). Ronnie gets another lead on Rachel’s whereabouts and now heads off to visit Canada. Myla cannot accompany him since she does not have her passport but she lends him her car so that he continue to film her documentary. Of course, following the lead of the film’s title, you want to find out if Ronnie finally finds Rachel but you will have to see this marvelous little film to find out for yourself. 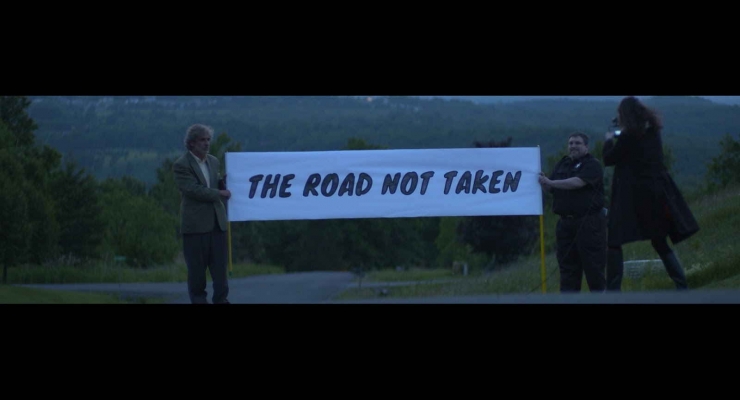 Dani Menkin is one of Israel’s most acclaimed filmmakers and has previously won an Israeli Academy Award for his 2005 film, “39 Pounds of Love,” a touching documentary about a young man who contends with a serious and life-threatening disability. Is That You? is Menkin’s first foray into English-language feature films and received another Israeli Academy Best Picture Award. ITY continues Menkin’s series of films that explore both literal and figurative voyages of self-discovery. As writer and director of this small independent movie, Menkin pays homage not only to American films in general but in specific to the romantic comedy-dramas of one of his idols, filmmaker Woody Allen. Menkin continues to use a cinema verité approach that has worked quite well for him. Israeli actor Alon Aboutboul is a veteran of the silver screen, having worked in films for more than 30 years, and his portrayal of the grizzled older man with one huge lifelong regret is a dramatic tour de force. Young actor/writer/director Naruna Kaplan de Macedo (Senses) is the perfect foil for Aboutboul as she exudes the optimism of youth not yet dampened by her less than ideal family life. The remaining cast falls perfectly into place and the regret-laden cameos come across as genuine expressions of other “roads not taken.” This film will surely play with viewers’ heartstrings as it did with mine and, all things considered, it is one of the best pictures that I have seen in a long, long time. Highly recommended but be sure to have a few hankies handy.