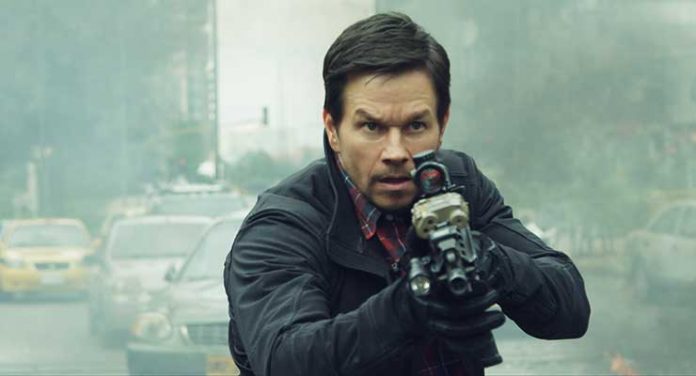 It’s been a pretty packed summer of 2018, with quite a few films that are vying for the top spot of the year. Well, it was only a matter of time before something came along and dragged that down a few notches. Mile 22 is the new film starring Mark Wahlberg and is directed by Peter Berg – their fourth outing together.

James Silva (Mark Wahlberg) is a military intelligence office but not just any kind of military intelligence officer. After a rapid-fire montage of his character growing up – it’s established that Silva is bi-polar, obsessive compulsive, on the spectrum, and every other variable with regards to possible mental illness. His safety net is a trusty rubber band that he constantly snaps at in order to bring him back down to normal levels of being.

Silva works with a covert team known as Overwatch, which is led by John Malkovich and his teammates consist of Laura Cohan and Ronda Rousey. That’s some good company. After a successful mission, and 16 months later, they are sent to Indonesia to transport a prisoner named Li Noor (Iko Uwais) who is seeking asylum in the U.S. What separates Noor form other potential asylum seekers is that he has the passcode to a hard drive that lists the locations to some missing cesium (cesium-137 is the one we associate with atomic weapons and such) is a component in that the U.S. needs to get before it falls into the wrong hands. The extraction point is, you guessed it, twenty-two miles from the embassy. Silva and his team have to act as security detail and chaperone, while other specialized security forces try to capture Noor, and kill anyone that stands in their way.

Mile 22 is a brisk romp in pedestrian action. Silva is not a likable guy and his many quirks just add to his unlikability. He’s portrayed as this extremely smart and lethal operative, but speaking, at times, with such a grand vernacular makes him look like an idiot. Laura Cohan is easy on the eyes but her character is almost framed as Silva’s counterpart even though we don’t get an origin story for her. All we know is that she’s divorced and has a daughter. We know because she’s always on her smart phone via a convenient “divorce app” with her ex-husband. 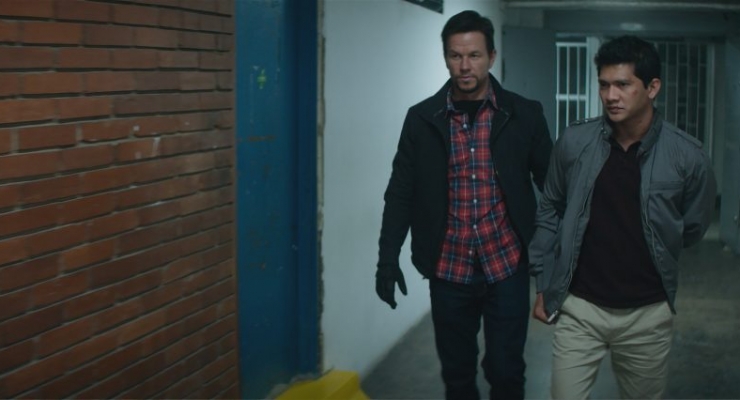 The only highlight in this film is Iko Uwais, which is a shame that the film doesn’t highlight what he is truly capable of. Peter Berg has directed action films for quite a while now but whenever he directs anything that has action, outside of his early efforts, they almost always look like he’s aping Michael Bay. It’s obvious and annoying, because he can do better. Iko’s moves are awesome but the fact that you can’t really see anything (because everything is in a closeup) really hinders the martial arts on display.

I did appreciate the ending of the film, because I was not expecting what we got in terms of resolution, so that was neat. I think I would have liked the film more if Silva was just a regular guy not on the spectrum. The last film that had an assassin with similar traits was that of Ben Affleck in the excellent The Accountant. Now that was an awesome film. What also worked in that film was that Affleck’s character, flaws and all, was likable. Silva is not likable whatsoever, so we don’t gravitate towards him like we’re supposed to. For a film that tries to convey depth – its short running time makes that impossible. Mile 22 runs 95 minutes long WITH credits, so you figure that the film is not even an hour and a half long. That’s not good.

I’ve heard and read some rumblings that the film is envisioned as a trilogy, which I would gladly give a chance to, but it does not look to do gangbusters at the box-office this weekend. Maybe if the film does well overseas it can lock in a sequel. Mile 22 is moderately budgeted at 35 million – it doesn’t necessarily have to do gangbusters anyway. This is a mediocre exercise in how not to do an action film.

Is this one of the worse films of the year? It has Iko Uwais and if his previous works are any indication (The Raid, The Raid 2, Headshot) then I say no. It has bursts of promise, but in the grand scheme of things falls really short of its potential.

2 / 5 TheaterByte Rating
{{ reviewsOverall }} / 5 Users (0 votes)
STX Entertainment | Closest to the Hole Productions | Film 44 | The Hideaway EntertainmentStudios & Distributors
R (for strong violence and language throughout )Rating Certificate
USACountry
English | Russian | IndonesianLanguage
95 Mins.Run Time
2.39:1Aspect Ratio
Peter BergDirector
Lea Carpenter (Screenplay) | Graham Roland (story by) | Lea Carpenter (story by)Writer
17 Aug. 2018Release Date
The Film
Summary
Mark Wahlberg plays an elite intelligence officer tasked with escorting an asset out of Indonesia in this lackluster action film from director Peter Berg. Mile 22 is a severe misfire for all involved. I'm sad that Iko Uwais is in this film, because the material betrays his talents. The awful direction and editing hinder what he is truly capable of. I hear the film is part of a trilogy, but who knows if we'll get that far.
What people say... Login to rate
Order by: